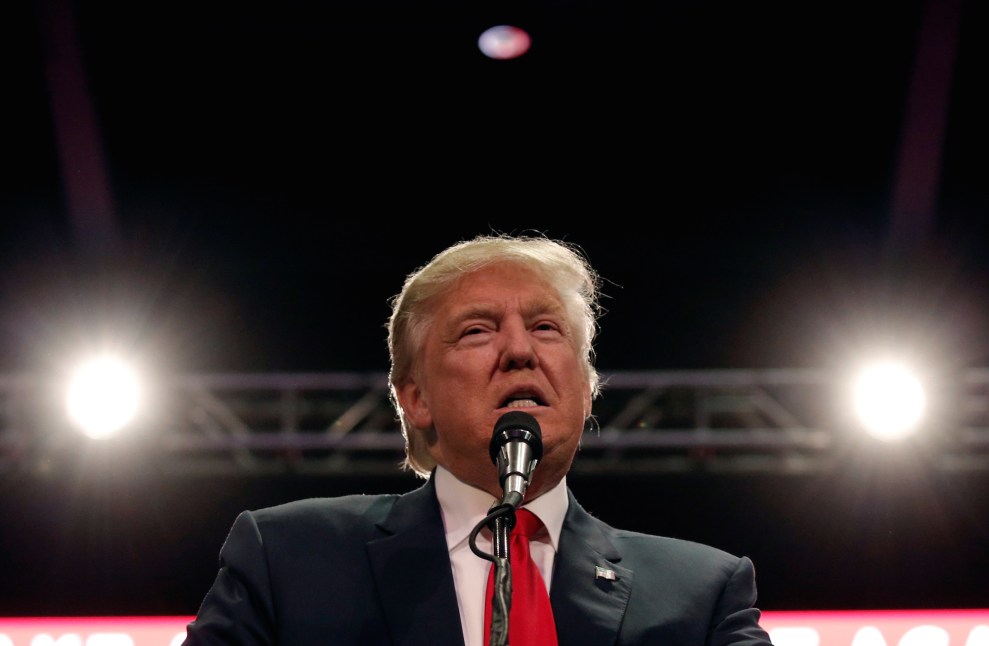 Hillary Clinton and Donald Trump have announced they are pausing their campaign events while they wait to see if Hurricane Matthew, the Category 4 storm now barreling through the Caribbean, makes landfall in the United States Thursday evening. That doesn’t mean either presidential candidate is expected to remain idle as the storm continues to intensify. In fact, both campaigns are reportedly trying to figure out how to effectively demonstrate strength, without appearing to exploit a potential catastrophe for political points.

Clinton is already taking some heat, after it was revealed her campaign purchased television spots on the Weather Channel ahead of the storm. Trump has so far restricted himself to sending best wishes to residents, urging them to remain safe. But a glimpse of his past remarks during times of disaster offer a preview of how he could respond should Matthew hit land. In the past, he has used hurricanes and other natural disasters as opportunities to attack President Barack Obama and re-up his favorite conspiracy theories:

Because of the hurricane, I am extending my 5 million dollar offer for President Obama’s favorite charity until 12PM on Thursday.

Nice to see Obama released a situation room photo from Sandy. How about releasing the photo taken during Benghazi?

Hurricane is good luck for Obama again- he will buy the election by handing out billions of dollars.

While it remains to be seen if Trump will stick to his current restraint, if this year has taught us anything, it’s that Trump’s inflammatory statements and his self-congratulations are his most predictable trait.  And then, of course, there’s his generosity.

Trump Hotels are delivering lots of food to storm victims…we love doing it!