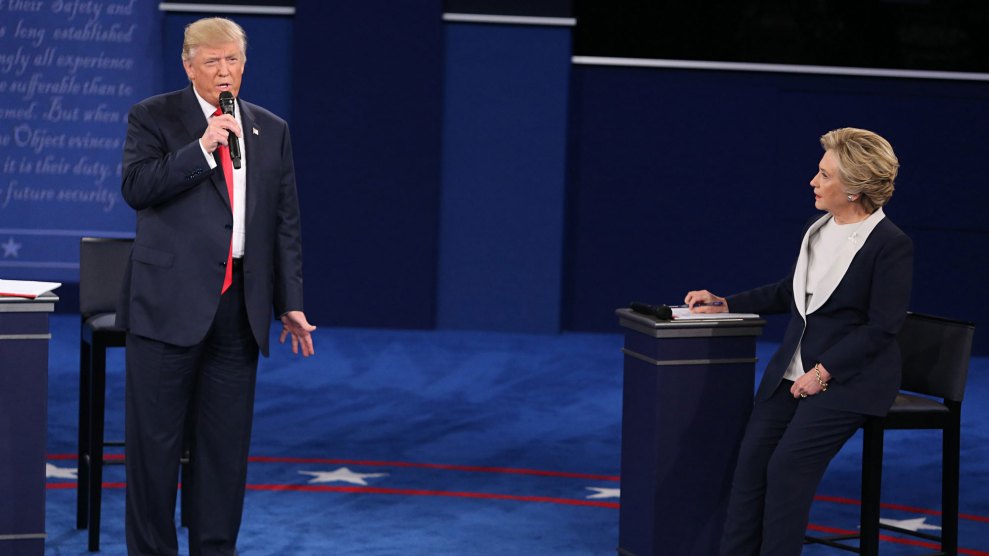 At Sunday’s presidential debate, Donald Trump repeated one of the more pernicious lies of his presidential campaign—that the neighbors of the San Bernardino shooters saw bombs scattered at the couple’s home and said nothing. Trump, who had been asked about his plan to ban Muslims from entering the country, was arguing that American Muslims need to change their behavior and start reporting suspicious activity they see to authorities.

But Trump’s story is false. As the Washington Post‘s Glen Kessler points out, there’s no evidence that any neighbors saw anything. Nonetheless, Trump has repeated the claim over and over again over the course of his campaign. “One of the problems we have is the people in the community, the Muslim community are not turning over the sickos,” he said in an interview in June, before falsely describing the situation in San Bernardino.

But that broader premise is false too. The FBI says American Muslims regularly provide valuable tips on possible terrorist activity.