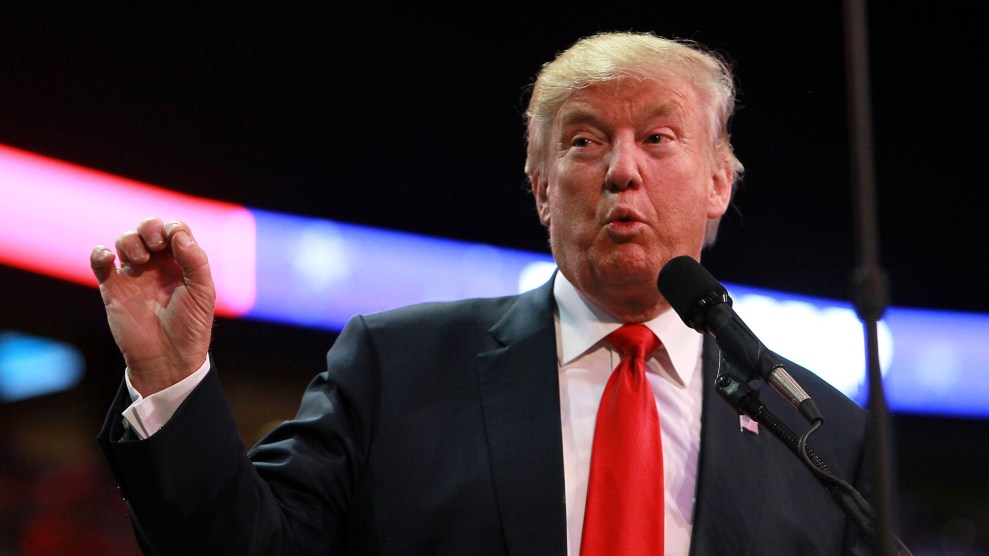 The New York Times isn’t backing away from its reporting on Donald Trump’s history of sexual assault, despite a legal threat from the GOP nominee. On Wednesday night, the Times published a bombshell story detailing several allegations against Trump, and within hours Trump’s lawyers demanded a retraction of the story and threatened a libel lawsuit.

The Times was not moved by that threat. “It would be a disservice not just to our readers but to democracy itself to silence their voices,” the paper replied. And in a mic-drop closer, it challenged him to take the lawsuit forward: “We welcome the opportunity to have a court set him straight.”