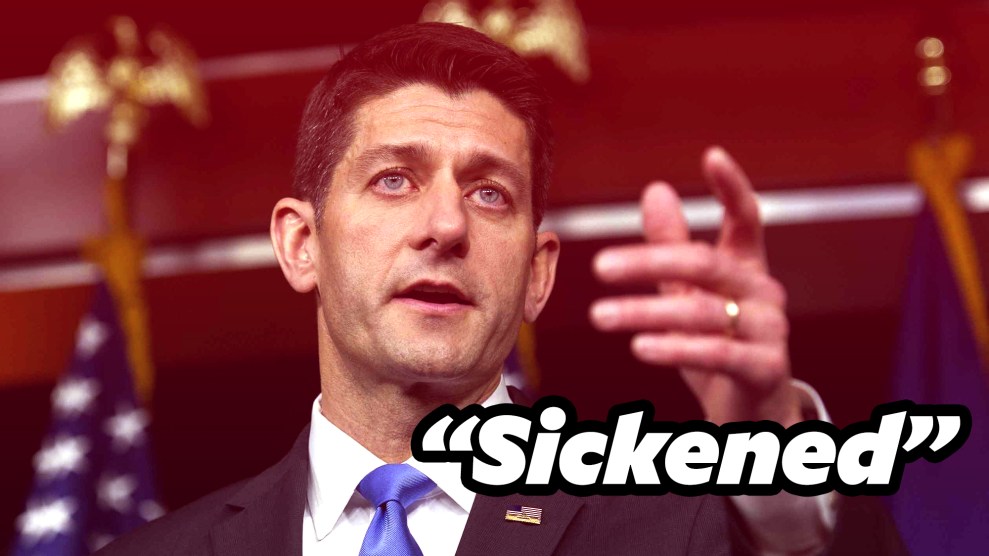 Speaker Paul Ryan issued a statement Friday night condemning Donald Trump’s 2005 comments about groping women. Ryan said he was “sickened” by the video, published by The Washington Post on Friday evening, and said the GOP nominee would no longer join him for an event Saturday morning:

Hitting on married women? Condoning assault? Such vile degradations demean our wives and daughters and corrupt America’s face to the world.