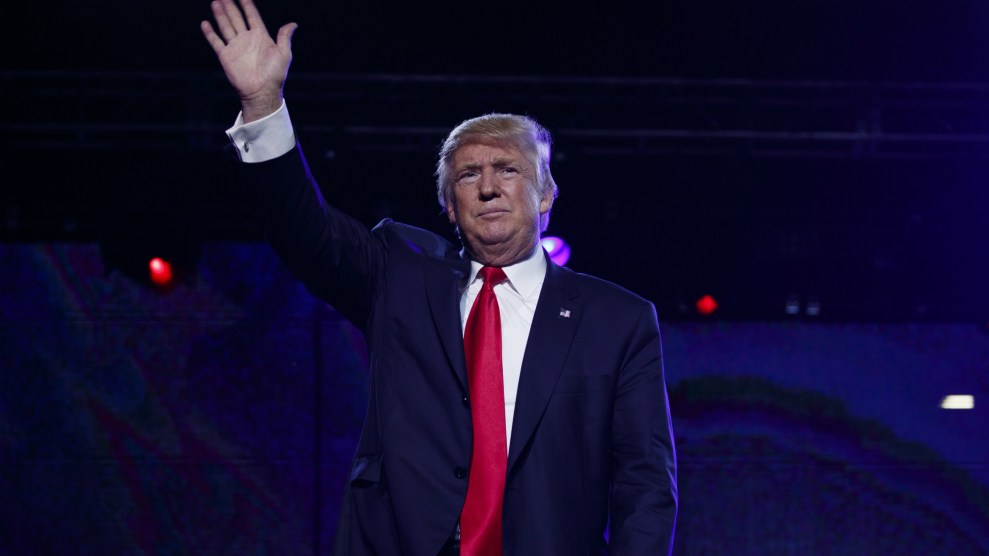 The timing of the GEO Group’s contribution is significant. It cut a $100,000 check to the super-PAC on August 19, the day after the Justice Department announced that it would phase out the use of private prisons. (The company’s political action committee donated $50,000 to Rebuild America Now a week before the announcement.)

The multibillion-dollar-a-year private prison industry has been under increasing scrutiny, in part thanks to a groundbreaking investigation by Mother Jones that revealed a litany of disturbing practices at a Louisiana prison run by the Corrections Corporation of America. GEO Group is one of just three companies that operate prisons and detention centers on behalf of the federal government. It’s no surprise the company is putting its money behind Trump. While Hillary Clinton has sharply criticized private prisons, Trump has expressed support for expanding their use, and his policy proposals, including his plan to deport millions of undocumented immigrants, could be a boon for the industry. In addition to backing Trump, the company recently brought on three lobbying firms to represent its interests in Washington.

Trump was not the GEO Group’s top choice for president. During the Republican primary campaign, the GEO Group gave $100,000 to a super-PAC backing Sen. Marco Rubio of Florida. The company’s CEO, George Zoley, also donated to Rubio’s presidential campaign.

A spokesman for the GEO Group did not respond to a request for comment.