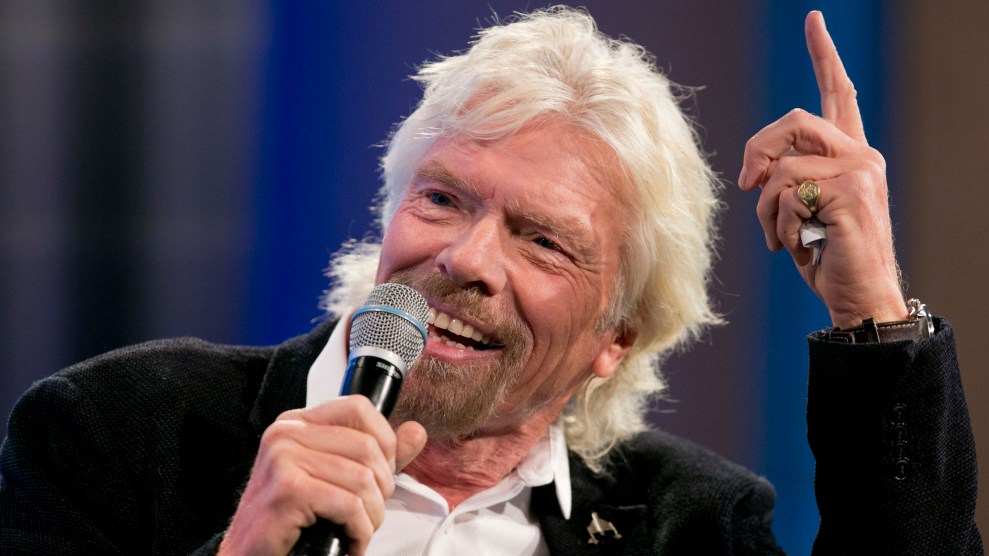 As our own David Corn noted just this week, Donald Trump loves nothing more than seeking cold revenge. It turns out billionaire Richard Branson has a Trump story that illustrates Trump’s obsession with vengeance perfectly.

Branson, the billionaire owner of the Virgin Group, wrote a post on his company’s website on Friday afternoon describing an out-of-the-blue lunch the two men shared “some years ago.” Branson says it was the first time he and Trump had met, but Trump had only one topic he wanted to discuss.

Even before the starters arrived he began telling me about how he had asked a number of people for help after his latest bankruptcy and how five of them were unwilling to help. He told me he was going to spend the rest of his life destroying these five people.

He didn’t speak about anything else and I found it very bizarre. I told him I didn’t think it was the best way of spending his life. I said it was going to eat him up, and do more damage to him than them. There must be more constructive ways to spend the rest of your life. (Hopefully my advice didn’t lead to him running for President!)

I was baffled why he had invited me to lunch solely to tell me this. For a moment, I even wondered if he was going to ask me for financial help. If he had, I would have become the sixth person on his list!

Branson wrote earlier this month that “Mr Trump’s temperament is irrational [and] aggressive,” and added on Friday that those character defects are perhaps the scariest part of this election. “What concerns me most, based upon my personal experiences with Donald Trump, is his vindictive streak, which could be so dangerous if he got into the White House,” Branson wrote.

The Trump campaign did not immediately respond to a request for comment from Mother Jones.