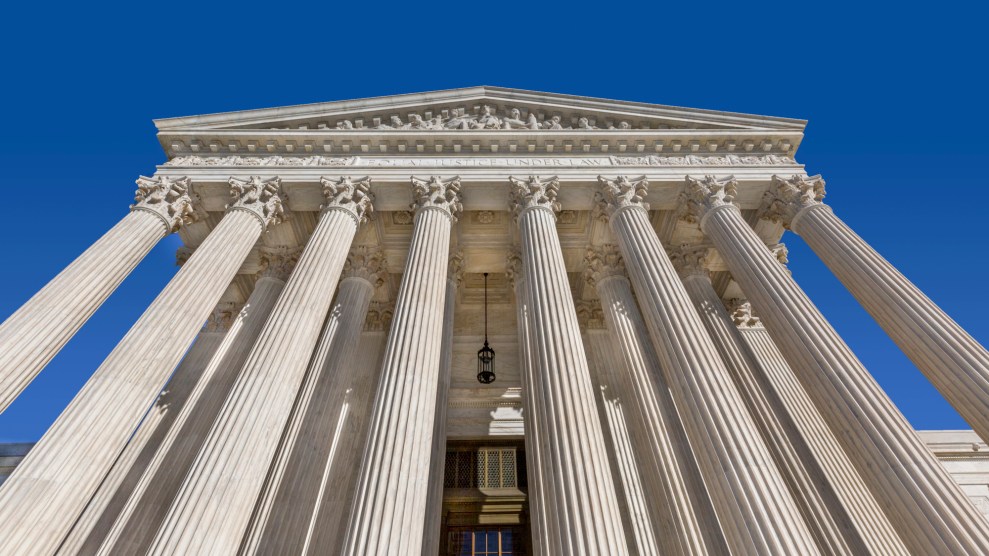 The Supreme Court dealt a major blow Monday to President Barack Obama’s effort to allow some documented immigrants to live and work legally in the United States. The court declined to re-hear a case that halted Obama’s executive actions intended to prevent the deportation of these residents.

In 2014, after Congress failed to pass comprehensive immigration reform, Obama took matters into his own hands. He announced the creation of a new program, called the Deferred Action for Parents of Americans (DAPA), that would have protected undocumented parents of US citizens and green-card holders from deportation and allowed them to apply for work permits, as long as they didn’t have a criminal record. Obama also planned to expand an existing program called Deferred Action for Childhood Arrivals (DACA), which grants those same protections to immigrants who came to the United States as children.

Together, the creation of DAPA and the expansion of DACA would have delayed the deportation of up to 5 million undocumented immigrants. Instead, the executive orders were challenged by Texas and 25 other states, which argued that they went beyond the scope of the president’s constitutional authority. A federal judge in Texas issued a nationwide injunction, blocking the actions from taking effect.

The case made it all the way to the Supreme Court, and in June 2016, following the death of Justice Antonin Scalia, the justices issued a split 4-4 decision. That meant the lower court’s injunction, which had been affirmed by a panel of appeals court judges, remained in place, and the programs could not be implemented. The Obama administration’s request that the justices take up the case again was a long-shot effort to resurrect the president’s actions, since the Supreme Court almost never rehears a case.

Still, the fight to bring back Obama’s executive actions is not over. In August, lawyers from three immigrant rights groups filed a federal lawsuit in New York arguing that the Texas judge who blocked the executive actions did not have the authority to issue a nationwide injunction. That case, which aims to revive Obama’s immigration programs in certain parts of the county, is ongoing.