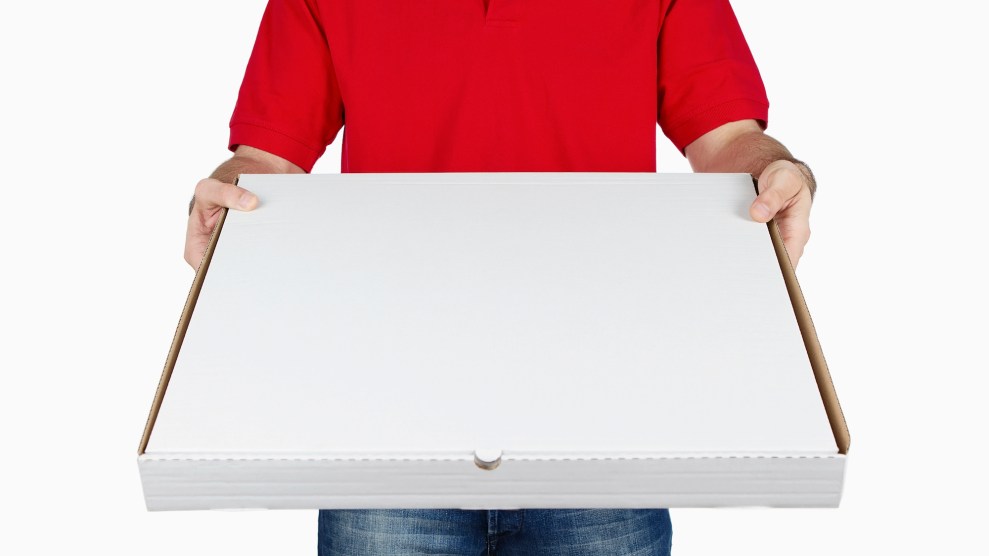 President-elect Donald Trump ran as an outsider ready to shake up Washington and smash its establishment ways. Yet to run his transition team for ag policy, he has tapped a consummate DC insider who runs an agribusiness lobbying firm.

Michael Torrey has spent his decades-long career twirling through the revolving door between government and Big Ag. According to his bio, he’s been a vice president for the Kansas Grain and Feed Association and Kansas Fertilizer and Chemical Association, an aid to that that famously agribiz-aligned Kansas political giant, former senator and GOP presidential nominee Bob Dole, the vice president in charge of government relations for a trade group called the International Dairy Foods Association, and the deputy chief of staff in George W. Bush’s US Department of Agriculture.

After leaving that position in 2005, it was time to cash in. Torrey launched Michael Torrey Associates, a lobbying firm. Its clients include the American Beverage Association, which recently fought unsuccessful battles against soda taxes in Philadelphia, San Francisco, Oakland, Boulder, and Cook County (Chicago), Illinois; dairy giant Dean Foods, which controls about a third of the US market for fluid milk; White Wave, maker of Horizon organic milk as well as a range of plant-based milk substitutes; the Illinois Soybean Association; Snac International, the “international trade association of the snack industry”; and Little Caesars Pizza.

But Torrey’s biggest account of all, worth $240,000 in 2016 according to Open Secrets, is with the Crop Insurance and Reinsurance Bureau, the trade group for the crop insurance insurance industry. Torrey Associates is the sole lobbying firm representing the group in Washington. These companies won a major prize in the 2014 farm bill, which dramatically increased federal subsidies for crop insurance. According to the Environmental Working Group, federal crop-insurance supports have gone well beyond the reasonable goal of helping farmers manage risk from uncontrollable factors like bad weather. Instead, the group shows, the program “encourages growers to plant crops on land that is vulnerable to soil erosion and discourages landowners from adopting good conservation practices.”

So now Big Soda, Big Snack, Big Dairy, and Big Ag have a sympathetic figure putting together the food policy team for the incoming president. And a GOP-dominated House and Senate ready to maintain agribusiness as usual, too.