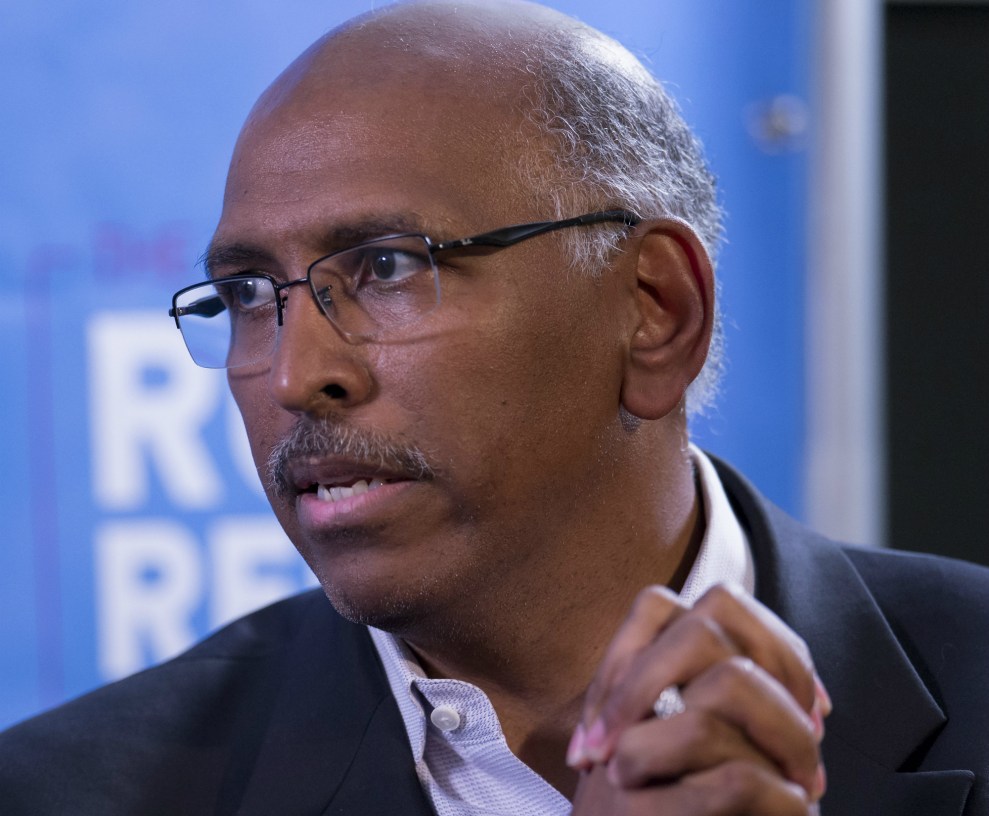 If the presidential election had gone according to expectations, Donald Trump’s loss might have been a win for one group of Republicans. Prominent Republicans of color who had been critical of Trump’s racially divisive campaigning and poor minority outreach efforts were positioned to become powerful voices in the party, working to pull it back onto the path outlined in the 2012 post-election “autopsy” report that called for increasing its appeal to nonwhite constituencies.

But with Trump’s surprise victory, these potential leaders now find themselves standing on the margins, wondering how or even if they should engage with a party whose voters delivered the presidency to a man who often appeared hostile to the concerns of minorities.

“If he governs the way he campaigns, then I will have no part of that,” says Charles Badger, a black GOP political strategist who worked on Jeb Bush’s presidential campaign as director of coalitions, leading its outreach efforts to African Americans, Asian Americans, and issue-based voters. “If that is the future of the Republican Party—if it’s going to be protectionism, xenophobia, Islamophobia, and discriminatory acts from voting rights to policing—if that’s what it’s going to be, then I’m having no part of that whatsoever. I’ll just be a man without a party if I have to.”

Trump’s unorthodox presidential campaign disrupted much of the Republican Party, but for Republicans of color, the damage was considerably worse, fully exposing the racism, xenophobia, and bigotry the GOP had once said it would leave in the past. As the general election approached, some nonwhite Republicans became outspoken opponents of the Republican presidential nominee, arguing that he would damage the GOP for years to come.

Badger was among them, criticizing Trump on social media and joining Republicans for Clinton in 2016 (R4C16), a grassroots network urging conservative voters to pick Hillary Clinton over Trump. Even Michael Steele, the first African American chairman of the Republican National Committee, couldn’t bring himself to vote for the party’s presidential nominee, announcing at a Mother Jones forum in October that he wouldn’t back Trump.

“If he governs the way he campaigns, then I will have no part of that,” says Charles Badger, a black political strategist who worked on Jeb Bush’s presidential campaign.

“I think that [Trump’s victory] makes addressing [the GOP’s approach to race] even more stark and important,” Steele says now. “The electorate of this country is changing. The demographic makeup of this country is changing, and the party had better get on the front end of that change and lead it as opposed to following it.” He says Republican critics of Trump must continue to apply pressure if they want to see the president-elect change his tone. But Steele, who led the national party from 2009 to 2011, could find himself with limited influence under the famously vindictive Trump.

Hughey Newsome, a black Republican, attended the 2012 Republican National Convention and was heartened by the party’s outreach to minority voters. This year, he was so disgusted by Trump’s campaign that he voted for a third-party candidate and wrote an op-ed in the Washington Post after the election explaining why he was leaving the party. “I can no longer associate with a party that supported such a man and such an indifferent campaign,” he wrote.

“He isn’t willing to communicate with me, communicate with people that think like me,” Newsome says. He believes the Trump campaign worked to intensify white Americans’ fears of minorities. “Instead of addressing those things and wiping them out of the party, they’ve placated those feelings to make sure those people don’t feel ostracized. In my mind, those feelings need to be ostracized.”

Prominent Latino Republicans feel just as frustrated with the direction of the party. Artemio Muniz, the chairman of the Texas Federation of Hispanic Republicans, criticized Trump’s call to deport large numbers of undocumented immigrants and build a wall on the Mexican border. “During the election period, the rhetoric absolutely was a concern,” he says. Trump’s actions since winning the election have hardly been reassuring. Muniz says that Trump’s decision to include Kansas Secretary of State Kris Kobach—a prominent immigration hardliner—on the presidential transition team has heightened his concerns that the administration will follow through on Trump’s aggressive campaign promises. (On Monday, Kobach was photographed outside of Trump’s New Jersey golf club holding copies of a plan that would broaden the definition of “criminal aliens” during Trump’s first year in office.)

Despite his concerns and his continued opposition to Trump’s position on immigration, Muniz is cautiously optimistic that Congress will be able to keep Trump in line. If Trump moderates his position on deporting undocumented immigrants without criminal records, Muniz would be open to working with him. But Muniz also says that if the Republican Party doesn’t change its stance on immigration soon, it will suffer the electoral consequences of alienating large numbers of Hispanic voters.

Badger doesn’t see any signs that the Trump administration will be more receptive to minority concerns than the Trump campaign.

“My initial reaction [to the election result] was disbelief,” he says. “Two weeks later, my disbelief hasn’t waned very much.” He was particularly dismayed by Trump’s appointment of Stephen Bannon as chief strategist. Bannon previously ran Breitbart News, which he proudly described to Mother Jones as “the platform for the alt-right,” the fringe movement dominated by white nationalists.

But Badger also acknowledges that Trump’s rise was facilitated by the Republican Party. “Trump is the GOP’s chickens coming home to roost,” he says. “When you spend 40 to 50 years doing racially coded stuff in your campaigns, Trump is the illegitimate child that’s born of that. He is the logical consequence of a lot of this coded language and dog-whistle stuff.”