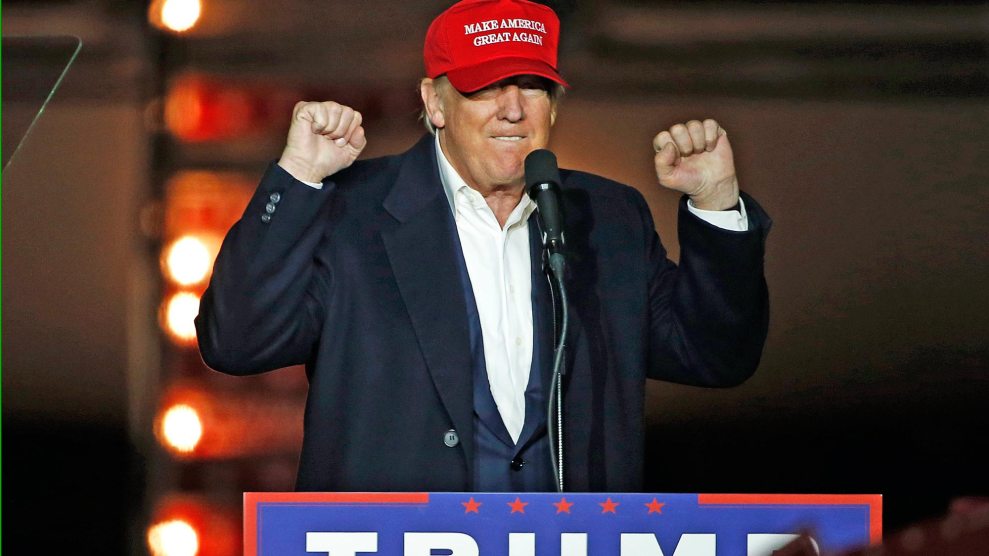 A federal judge in Philadelphia has refused a request by Democrats to issue an order that would prohibit the Trump campaign and its supporters from intimidating Pennsylvania voters at the polls on Tuesday.

Pennsylvania is one of the few swing states that could help decide the presidential election. The state’s Democratic Party filed a lawsuit last week—similar to lawsuits filed in five other swing states—alleging possible voter intimidation and requesting an injunction compelling the Trump campaign to not harass voters. In his opinion issued on Monday in a district court, Judge Paul Diamond, a George W. Bush appointee, said the Democratic Party had not proved that a substantial threat of voter intimidation exists in the state. Moreover, he said, the party had waited too long to bring its concerns before the court.

The judge also chided the Democrats for using media reports as much of their evidence and for taking portions of that evidence out of context. “I am thus compelled to base a ruling that could restrict Defendants’ Election Day speech and conduct on media reports,” he wrote, noting that several items cited by the Democratic Party as evidence of possible voter suppression actually constitute protected election activity.

Taking issue with the Democrats’ claim that white nationalists’ enthusiasm for the Trump campaign could lead to intimidation of minority voters, the judge wrote, “Unless it is psychic, Plaintiff has no idea who might have been ‘energized by’ Mr. Trump. Plaintiff’s heated suggestion does not even rise to the level of speculation.”