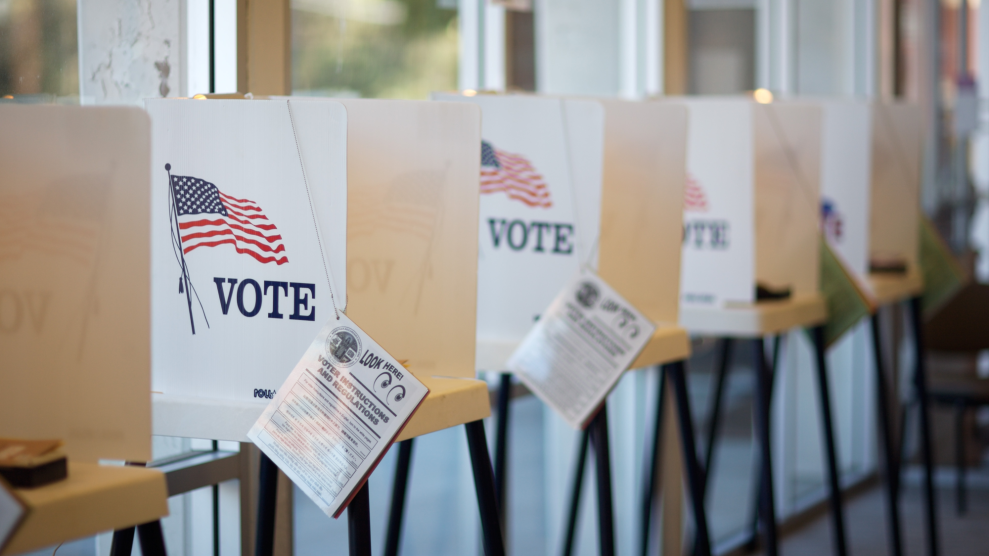 In the weeks before the election, pro-Trump trolls have been spreading misinformation across the Twittersphere. The messages often appear as banners disguised as get-out-the-vote ads for Hillary Clinton urging people to “vote from home” and “avoid the line.” Some canvassers are now finding voters who are convinced they can vote by text or avoid the lines by waiting until Wednesday to cast a ballot. (You can’t.) With Election Day just hours away, we’ve put together—and busted—some of the most common rumors designed to suppress the vote.

Myth: You can vote online or by text

This myth has made its way through the Twittersphere, complete with English and Spanish signs with a style similar to Hillary Clinton’s red, white, and blue ads. But make no mistake: You cannot text your vote or vote online. Other than mailing in your ballot early, voters can only cast their ballots in person. To find out how and where to vote, search online for “voting in [your state]” and you’ll get a handy guide. 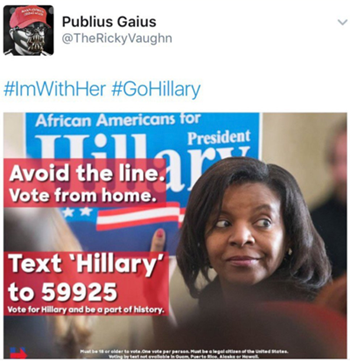 Myth: Lines will be long on Tuesday, so wait a day to vote

The lines may indeed be long, but you can’t vote after polls close on Tuesday. No exceptions.

Myth: Every state requires voters to have a photo I.D.

The identification you need to bring to the polls depends on the state. Some states require an ID, others don’t, and in states that don’t, it’s illegal for poll workers to ask voters to show one. Here’s a map put together by the National Conference of State Legislatures; for more specific information on your state, check out the group’s site or search “voting in [your state].” 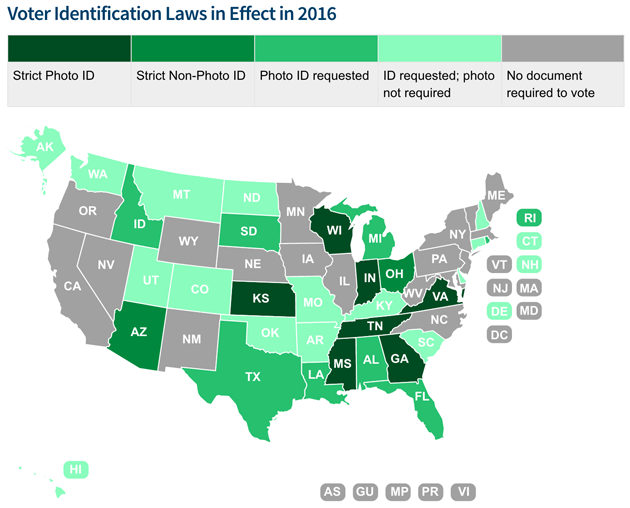 Courtesy of the National Conference of State Legislatures

Myth: The voting machines are controlled by George Soros

More than 3,000 Redditors have upvoted “Operation Stop Soros,” alleging that 16 states are using machines owned by billionaire George Soros to sway the vote for Clinton. It’s popped up on conservative news sites too, including the Daily Caller. There’s no substance to back this up; this BuzzFeed article debunks the Soros-controlled voting machines conspiracy.