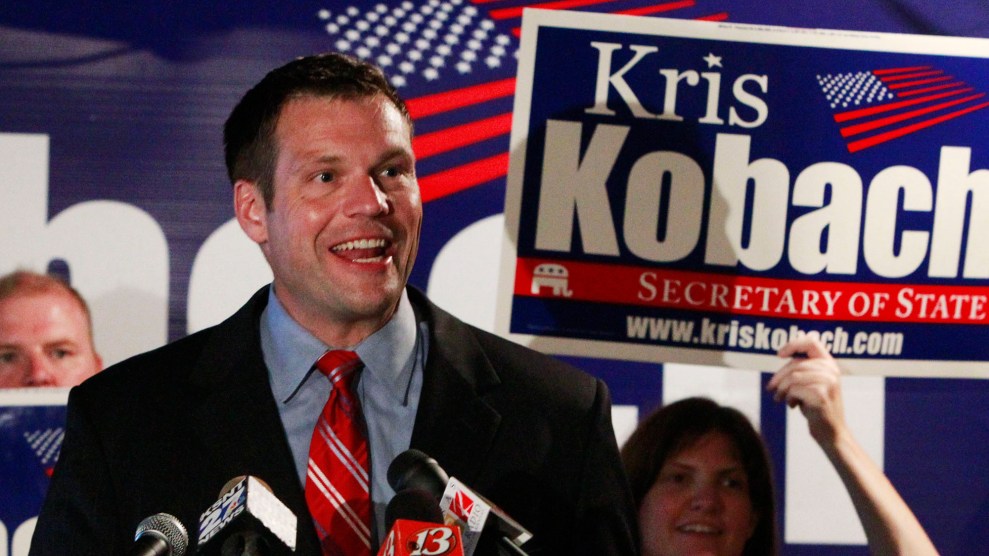 Last October, Kobach was a featured speaker at a writers’ workshop hosted by the Social Contract Press in Washington, DC. The Southern Poverty Law Center has designated the Social Contract Press as an anti-immigrant hate group for its ties to white nationalists and for publishing their work. As its website notes, “Recent articles in its main product, The Social Contract, have propagated the myth that Latino activists want to occupy and ‘reclaim’ the American Southwest, argued that no Muslim immigrants should be allowed into the U.S., and claimed that multiculturalists are trying to replace ‘successful Euro-American culture’ with ‘dysfunctional Third World cultures.'”

Rather than apologize for speaking at the event, Kobach, who is well known as the legal architect of anti-immigrant policies across the country,  defended the group. He has ties to its founder. In May, the white nationalist website VDARE.com, another SPLC-designated hate website that publishes race scientists and anti-Semites, called on Trump to pick Kobach as his running mate. He is now one step closer to President-elect Trump.

Even if Newt Gingrich is right that one of Trump’s signature promises was just a “campaign device,” Trump’s appointment of Kobach would indicate that he remains committed to the anti-immigrant stances he campaigned on.