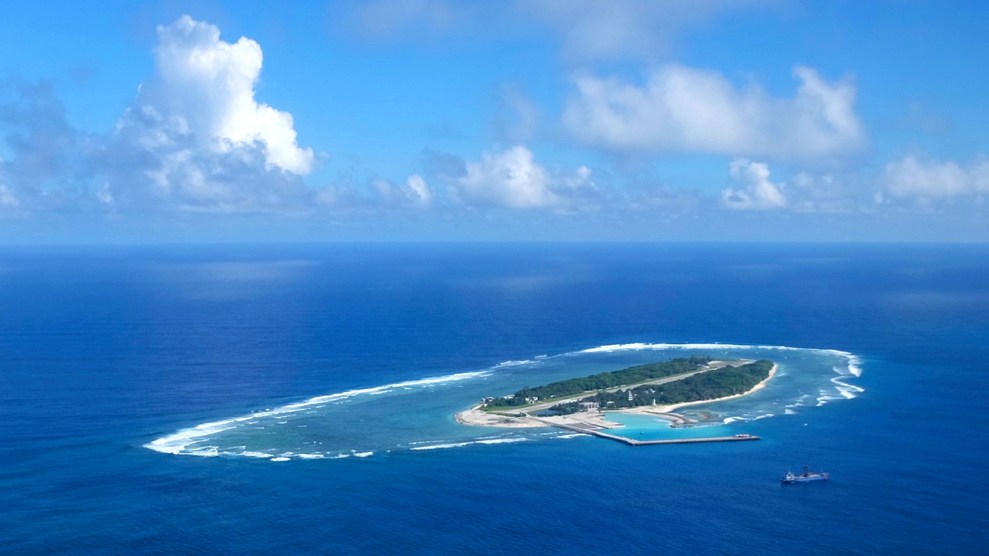 China has seized an unmanned underwater US Navy research vehicle in the international waters of the South China Sea, Reuters reported Friday.

The underwater drone was seized on Thursday 100 miles off the port at Subic Bay in the Philippines, according to an unnamed US official who spoke to CNN. The vessel, called a “glider,” was testing water salinity and temperature, according to the BBC. The motivation behind the alleged action by the Chinese remains unclear.

Department of Defense confirms that China has captured an underwater US Navy drone that was collecting data in the South China Sea pic.twitter.com/0uwp0DorcP

[US Navy Ship] Bowditch had stopped in the water to pick up two underwater drones. At that point a Chinese naval ship that had been shadowing the Bowditch put a small boat into the water. That small boat came up alongside and the Chinese crew took one of the drones.

China asserts territorial claims over a string of islands in the South China Sea, where it has built military-grade airstrips and other infrastructure, dredged harbors, and sometimes created artificial islands in an area rich in oil and gas resources. China’s actions are opposed by neighboring countries—Japan, Vietnam, and the Philippines—which also lay claim to the islands and archipelagoes. The United States calls China’s actions in the area provocative acts of militarization.

China claims its activities are purely civilian in nature. But this week a Chinese Defense Ministry statement appeared to confirm photos showing the country had installed military weapons, including anti-aircraft guns, on the islands. In November, China flew a nuclear-capable bomber over the South China Sea, according to Fox News. That action came after President-elect Donald Trump spoke with Taiwan President Tsai Ing-wen, breaking decades of US protocol.

This post will be updated as more details become available.