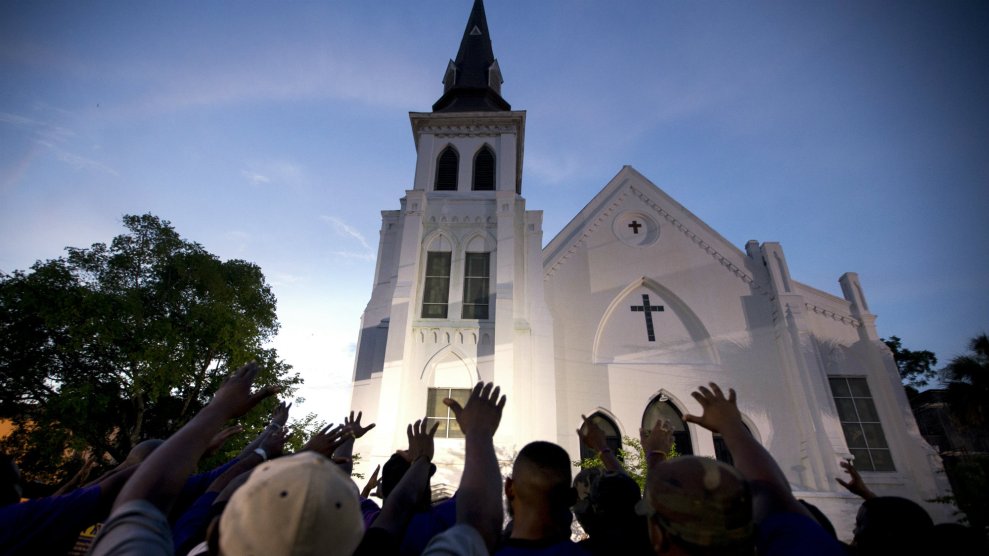 Jury selection began on Monday in Charleston, South Carolina, in the federal hate crime trial of Mother Emanuel church shooter Dylann Roof, who has opted to represent himself in court. On Wednesday afternoon, jurors in the trial of former North Charleston police officer Michael Slager went into deliberations to decide whether Slager is guilty of murder or manslaughter. An April 2015 smartphone video showing Slager shooting Walter Scott, an unarmed 50-year-old black man, as Scott tried to flee, thrust Charleston into the national debate over race and police violence. Roof’s massacre of nine black worshipers roiled the region again two months later, leading to the removal of the Confederate flag from the statehouse.

The two trials are now overlapping in downtown Charleston in a racially charged post-election atmosphere. I reached out to Mari Crabtree, a professor of African American studies at the College of Charleston and an expert on racial violence, about how the two shootings have shaped local conversations about race and how the current political climate bodes for racial violence in America.

Mother Jones: What did the Mother Emanuel massacre symbolize to African Americans in Charleston?

Mari Crabtree: What I’ve heard from people is that the murders themselves represented this extreme manifestation of the marginalization that black people feel like they experience in Charleston every day, be it the way they are policed or feeling like they have never been recognized as part of the city because of the Confederate symbols displayed throughout it, for example. The scale of premeditation of the massacre also meant something. But another piece of it has to do with what the church represented. It’s literally a sanctuary. But is has also been at the center of a long history of anti-racism in Charleston. It’s this space of protest and assertion of dignity, and attacks on it have always been about white pushback against that. So some pockets of the black community call the shooting an act of domestic terrorism. 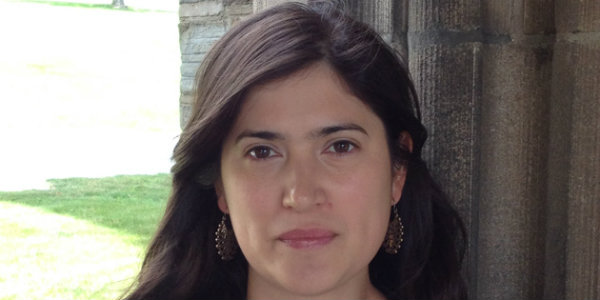 MJ: How does this differ from the way black people view the shooting of Walter Scott?

MC: A police officer killed Scott, so his death symbolized the devaluation of black life by the state—versus by a private citizen like Roof. Many people note that incidents like the Scott shooting—if not in terms of death, then in terms of harassment and brutality—happen on a fairly regular basis. So black people here absolutely see Scott’s death as part of the daily marginalization that the Roof massacre reflected. Scott’s shooting is seen as racially motivated as well. For many black people, both are tied to a broader issue of white supremacy in the United States and how it is used to protect power. That goes back to the colonial period.

MJ: I gather that’s not how white people relate to these shootings?

MC: One interesting thing about the way many white people have talked about the shootings is this attempt to distance them from their own experiences. There’s this idea that North Charleston is not Charleston, and the police brutality that happens there doesn’t happen here. With Dylann Roof, they’ll say, “He’s not from Charleston. He’s from Columbia. He’s not a part of our community.” There’s this attempt to deflect. Many are also much more sympathetic to the church victims than to Scott because of Scott’s criminal record and the fact that he ran. I don’t hear that from black people.

A lot of white people urge unity and healing but avoid discussing the social dynamics that created Roof or permit police brutality.

A lot of white people—like Charleston’s former mayor—also urge unity and healing but avoid discussing the social dynamics that created Roof or permit police brutality. “Charleston Strong” has become a mantra for the city since the church shooting. There’s a mural that was painted for the victims that community members contributed to. There was a unity march across the Arthur Ravenel Jr. Bridge after the shooting. But a lot of my black students remarked upon the thinness of the politics in that moment—the self-congratulatory nature of it. It made white people feel better but did nothing to address the problem. I also think the main way white people see the Scott and church shootings as connected is that both are viewed as a blemish on the city’s reputation, rather than perhaps being related in their cause, as many black people would argue.

MJ: Where does the Confederate flag fit in to all this?

MC: Near the church, there’s a Confederate-flag-shaped park with a statue of John C. Calhoun in it. Conversations about the flag went similarly to the shootings. When the president of my university responded to calls for the flag to be taken down, he said it should be taken down because it offended black people, but there was no concession that their grievances were legitimate. There was a pretty healthy strain of that among white people. And during the push to take them down, I saw a lot more of them displayed publicly by residents.

MJ: Does the way these shootings have been discussed in the mainstream mirror how race has traditionally been dealt with in Charleston?

MC: Yes. The role of racism in Charleston’s history has always been erased. Charleston’s biggest industry is tourism. The image the city sells is this revisionist, antebellum history that romanticizes slavery. So people go to plantations to look at pretty houses and the grounds and the beauty of wealth, not to talk about what produced that wealth in the first place. The city thrives on stripping that racially violent history from the narrative. But without talking about the centrality of it to producing something that people want to come to see, I don’t think you can have a genuine conversation about Dylann Roof or the way he thinks. It’s not dealing with this core issue that allows someone like him to exist in the first place.

“I hope that people don’t just see Slager as a bad apple and think the system is fine.”

MC: The fact that this is happening in the Deep South is significant, given the tendency here to punish black defendants more harshly than white defendants and give harsher punishment for cases involving white victims instead of black victims. The fact that South Carolina brought the case against Officer Slager is also significant—and he was also fired rather than just being placed on desk duty. But I hope that people don’t just see Slager as a bad apple and think the system is fine.

MJ: How are Charlestonians reacting to the trials right now?

MC: I’ve been shocked by how little conversation there has been about the trials. Downtown there are a lot of heavily armed police, but no protests. I think that might be because people are preoccupied with Donald Trump and related concerns. Most of the coverage I’ve heard has been on national news outlets.

But from past conversations I’ve had, I don’t think many black people here believed Slager’s trial was going to be a fair one. They weren’t surprised by the fact that the jury is nearly all white. It reaffirmed for them that the justice system is racist. But I don’t know what they anticipate the outcome to be. There’s a desire for Dylann Roof to be held accountable. But for many black people there’s also a trepidation that when his trial is complete, that will end any conversation about race. Or that if Slager is convicted, that people here will get the feeling that they are absolved of dealing with the issues that many black people believe produced Slager’s behavior.

MJ: Do you think the tone of the current political conversation could enable more racial violence?

MC: I don’t want to say yes, but I’m inclined to say yes in light of the number of hate crimes that have happened since the election. Trump has allowed for a lot of racism that has already been there to come to the surface. Even before the election, there were a series of death threats that were sent to several hotels in Charleston. At least one mentioned Dylann Roof by name and a desire to continue his race war. Some were anti-Semitic, some were Islamophobic, some were anti-black. They did not mention Trump. But given that that was already happening before the election, and the rise of white supremacist groups becoming more vocal, I think we’re potentially at a crossroads where it could get really ugly. I was talking to a historian last week who told me it feels like we’re on the cusp of a second Redemption. I hope none of that happens. But I wouldn’t be surprised.