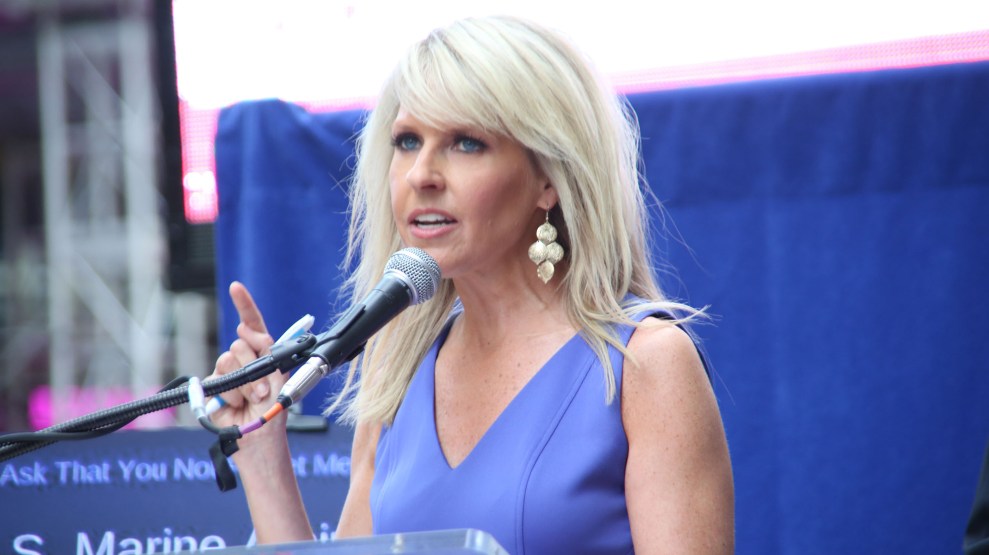 President-elect Donald Trump will tap Fox News’ Monica Crowley to be the senior director of strategic communications for the National Security Council, the transition team announced Thursday. In Crowley, Trump appears to have found a kindred spirit on issues ranging from from terrorism to Barack Obama’s eligibility to be president.

Crowley, who is also an author and a radio show host, will serve under retired US Army Lt. Gen. Michael Flynn, Trump’s pick for National Security Adviser. (Flynn, who has an intense distrust of Muslims and a record of peddling debunked conspiracy theories, has been accused of “inappropriately” sharing classified information with foreign military officials.)

As the Daily Beast notes, the current US Deputy National Security Adviser for Strategic Communications Ben Rhodes is one of Obama’s key staff members and is in position to shape the US policy in profound ways. Crowley will join fellow Fox News alum K.T. McFarland, who was named as a deputy national security advisor in late November.

Crowley has worked at Fox News since 1998 as a “political and international affairs analyst,” according to her bio that previously appeared on the news outlet’s website. She also worked as foreign policy assistant to former president Nixon and later worked with NPR and MSNBC.*

Based on her public statements, Crowley will fit right in with Flynn and Trump. In June 2008, while guest-hosting Laura Ingraham’s radio show,  Crowley cited a bizarre online “genealogy” (which she acknowledged she couldn’t “verify”) purporting to demonstrate that Obama is “not black African, he is Arab African.” She added: “And yet, this guy is campaigning as black and painting anybody who dares to criticize him as a racist. I mean that is—it is the biggest con I think I’ve ever seen.”

Crowley has also questioned whether Obama is really a “natural-born citizen,” and has said the “birth certificate issue” had “traction” because Obama’s policies are “un-American,” which “feeds into this idea that somehow, fair or not, Obama is not one of us.”

Neither the Trump transition team nor his spokesperson, Hope Hicks, responded to questions about Crowley’s past comments.

Correction: Due to an editing error, the original version of this story misstated when Crowley worked for former President Richard Nixon.