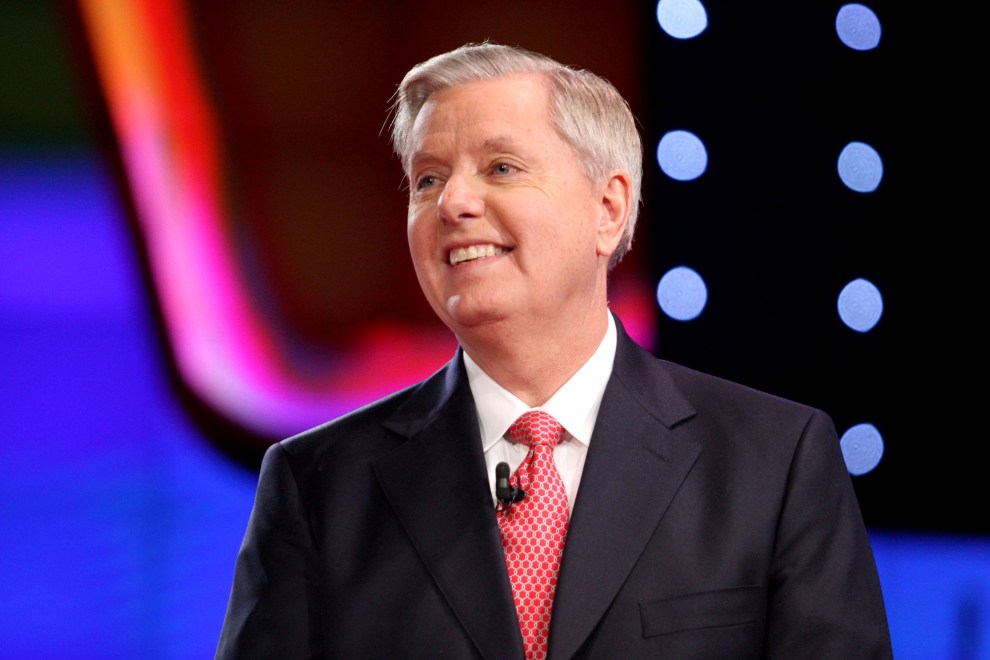 Sen. Lindsey Graham (R-S.C.) says he is preparing legislation intended to protect some undocumented young people whose parents brought them to the United States as minors.

The legislation would extend the legal rights gained under the Deferred Action for Childhood Arrivals, a 2012 Obama policy that allows the hundreds of thousands of young immigrants who have signed up to legally work in the United States and be exempted from deportation. The November election has created much consternation among those currently protected. During the campaign, President-elect Trump said he would kill DACA, and immigrant advocates now worry that his administration could take the personal information DACA recipients submitted to the Department of Homeland Security while applying and use it to locate and deport.

“The worst outcome is to repeal the legal status that these kids have,” Graham told Politico Wednesday. “Whether you agree with them having it or not, they’ve come out of the shadows.”

Graham said he is working with both Democrats and Republicans, and named Sen. Jeff Flake (R-Ariz.) as one GOP supporter of the forthcoming legislation. While lawmakers are discussing the proposal now, actual legislation won’t be rolled out until the new Congress next year, Graham said. A spokesman for Flake said the senator is discussing “potential paths forward” in dealing with the DACA issue with several colleagues.

In the past, Graham has been less open to the plight of young undocumented people. In 2010, he said proponents of the DREAM Act, a bill that included, among other things, a path to citizenship for some of the kids in question, were “wasting their time.” The bill has been introduced several times since 2001 but has never made it past Republican opposition. “We are not going to pass the DREAM Act or any other legalization program until we secure our borders,” Graham said at the time.