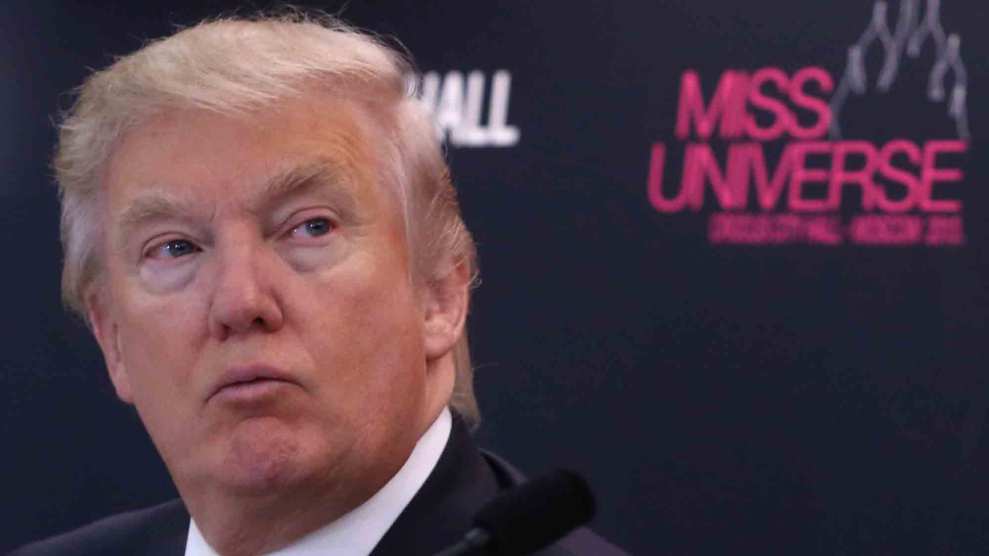 With the Washington Post‘s bombshell report that the CIA has assessed that the Russian hacking of Democratic targets was done as part of a Kremlin operation to help Donald Trump win the election, here’s an intriguing question: Has Russian intelligence spied on the president-elect and, if so, what private information has it collected on him? A counterintelligence veteran of a Western spy service in October told Mother Jones that he had uncovered information—and had sent it to the FBI—indicating Russian intelligence had mounted a yearslong operation to cultivate or co-opt Trump and that this project included surveillance that gathered compromising material on the celebrity mogul. Yet there have been no indications from the FBI whether it has investigated this lead. Still, several intelligence professionals say Trump would have indeed been a top priority for Russian intelligence surveillance—especially when he was in Moscow in November 2013 for the Miss Universe pageant, which he owned at the time.

To present the contest in the Russian capital, Trump, who had long tried to do real estate deals in Russia, had teamed up with Aras Agalarov, a billionaire oligarch close to Vladimir Putin (whose son is a popular pop singer). The glitzy event, which included a swanky after-party, drew various Russian notables, including a member of Putin’s inner circle and an alleged Russian mobster. Trump later boasted that he had mingled with “almost all of the oligarchs.” Trump had hoped that Putin would attend the pageant—tweeting months earlier, “if so, will he become my new best friend?”—but the Russian leader was a no-show.

During Trump’s stay in Moscow, US intelligence experts note, he would have been a natural and obvious target for Russian intelligence. At the time, Trump was a prominent American, an international businessman, and a celebrity. He was also deeply involved in US politics. He had almost run for president in 2000 and nearly did so again in 2012, and he had been a leading foe of President Barack Obama, having pushed the conspiracy theory that Obama had been born in Kenya.

A former high-ranking CIA official, who asked not to be identified, says in an email:

It is nearly certain that [Russian intelligence] would have done some sort of surveillance on him. Could have been low-key physical surveillance (following etc) or deeper surveillance, such as video/audio of hotel room and monitoring of electronics (your [communications] while [in Moscow] is on their network).

James Lewis, a cybersecurity expert at the Center for Strategic and International Studies, points out, “It’s safe to assume that high-profile public figures and billionaires attract the attention of the Russian security services, including bugging any hotel rooms.” And Malcolm Nance, a terrorism and intelligence expert and author of The Plot to Hack America, says the Russian version of the National Security Agency, the Spetssvyaz, manages specialized technical teams that would have been all over Trump:

These communications intercept units are designated for high-importance personages of political and diplomatic standing, such as Donald Trump. These units would’ve employed the most advanced intelligence collection systems in the nation. Anything short of a highly encrypted communications suite using military-grade technology would be simple for Russian intelligence to exploit. Donald Trump’s mobile phone would be among the easiest to exploit. His mobile phone, Bluetooth, and laptops were most likely not shielded and could have been intercepted and exploited any number of ways. This means virtually everything he said, everything he texted, everything he wrote, and every communication he had in the electronic spectrum would be in the possession of Russian intelligence then and now. His guest rooms in Moscow could have had virtually undetectable voice and video communications intercept devices planted in such a way that nothing could be done by Trump in private and would defy detection. The Spetssvyaz would also employ Russian military intelligence subunits as well as Federal Security Service (FSB) surveillance units which could follow him anywhere that he goes with seemingly normal people and detect, document, and provide a record of anything and anyone he met.

Trump could have attempted to take countermeasures to defeat any surveillance. “About the only way to ensure against electronic surveillance,” the former CIA official says, “is to use a burner phone—one you’re not going to use again—stay off your normal personal email (use a one-time address you will not use again), and keep [communications] on that one to routine, non-sensitive messages…That was my practice in Moscow…during which all I sent were innocuous text messages on a phone I never used again.” And Lewis remarks, “If you used a mobile phone with an encrypted app and kept that phone in your possession for the entire trip, you could make it harder for them. A lot of people use Signal or Telegram [for encrypted texting], but the Russians could still have many ways around this when you are in Moscow.”

Mother Jones asked Trump—through his transition team, his spokeswoman, and his lawyer—what he did to secure his communications and to thwart surveillance during his Moscow trip. Did he use secured phones and text services? Did he sweep his hotel room for surveillance devices? Trump’s representatives did not respond. Nor did the spokeswoman for Miss Universe when presented with a similar set of questions.

While he was in Moscow, Trump did continue his normal practice of tweeting often. Here are several tweets he sent out:

I’m in Moscow for Miss Universe tonight – picking a winner is very hard, they are all winners. Total sellout of arena. Big night in Russia!

I was just given a great tour of Moscow – fantastic, hard working people. CITY IS REALLY ENERGIZED! The World will be watching tonight!

“@brose2288: @realDonaldTrump The women are unbelievable but getting to hang with Steven Tyler will be the highlight!” Steven sings tonight

The intelligence experts agree: Trump would have been in the sights of Russian intelligence. But what might Moscow’s spies have found? There is no telling. In the famous Access Hollywood video, Trump boasted of committing lewd (and illegal) action. Any intelligence operative would be delighted to catch Trump in such an act. Nance speculates:”That some of this would be salacious or information he would not want exposed to the public is without question. This unknown to the US intelligence community makes Donald Trump not just a national security threat but potentially a victim of blackmail by our oppositions intelligence agencies.” Nance also points out that if Russian intelligence penetrated Trump’s phone when he was in Moscow, its officers could have continued to intercept Trump’s conversations once he was back in the United States.

During the campaign, Trump and his supporters railed about Hillary Clinton’s mishandling of her private email server and claimed she had jeopardized US secrets. Her actions—while never shown to have led to any compromise of classified information—were troubling. A related but different set of issues faces Trump. Did he fail to take precautions that would prevent the Russians from gaining access to his private personal and professional information? If so, might the Russians possess secret information on the next president of the United States? Should that be true, Nance adds, it could pose “a monumental potential intelligence crisis never before seen in American history.”