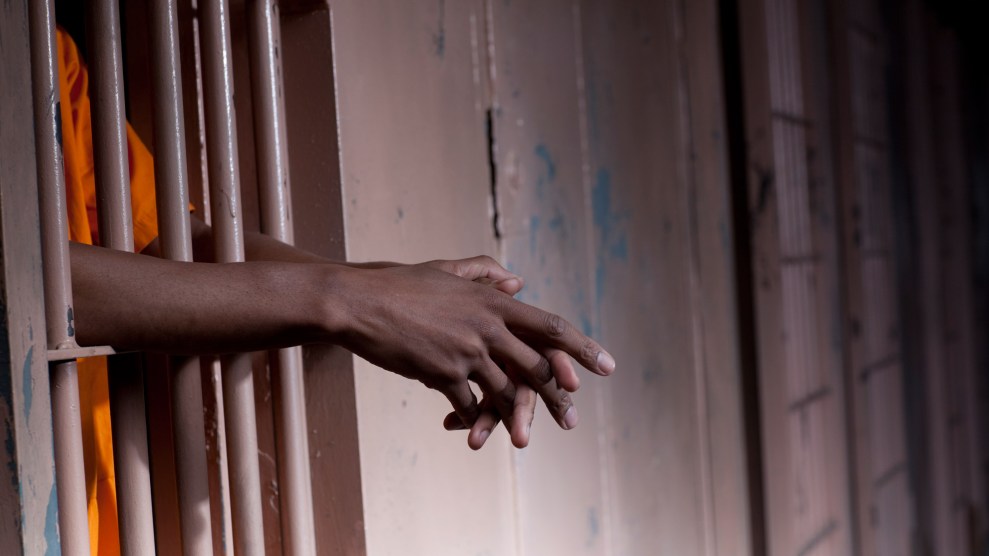 On Wednesday, a federal judge approved a $4.7 million settlement with nearly 2,000 people who were thrown in jail illegally in a St. Louis suburb, a practice legal advocates had likened to a “modern debtors’ prison.”

The plaintiffs in the class action lawsuit alleged that the city of Jennings, Missouri, had jailed people who were unable to pay municipal fines and fees, keeping them in overcrowded, unsanitary cells where they were routinely taunted by jail guards and staff. The settlement, preliminarily approved in July, comes more than a year after the Jennings municipal court signed a separate agreement to eliminate cash bail for nonviolent offenses, dismiss “failure to appear” charges and forgive fees in cases before March 12, 2011, and establish a way to assess a person’s ability to pay. It also agreed to use civil debt collectors to obtain payments from fines instead of issuing warrants and immediately release people on first arrest on bond.

Attorneys for the plaintiffs claimed that Jennings “built a municipal scheme designed to brutalize, to punish, and to profit.” According to the complaint, the city issued more than 2.1 arrest warrants per household in 2014 and nearly 1.4 for every adult, adding that if the rest of the St. Louis area generated revenue at the same rate as Jennings, cities would have made more than $670 million in five years.

“The worst practices tend to arise when courts and other officials perceive a financial necessity in funding their operation through fees and fines.”

In recent years, civil rights groups have taken cities to court to compel changes to their operation of so-called debtors’ prisons, where those who cannot afford to pay fines are jailed until their debts are paid off. The practice was first barred under federal law in 1833. In 1983, the Supreme Court ruled that the act of imprisoning someone unable to settle their debt unconstitutional. Yet lawsuits and a federal investigation into policing and court practices in Ferguson following the death of Michael Brown shed light on how municipal courts locked up poor residents who couldn’t pay off their debts as a way to generate revenue. Beyond Jennings, federal lawsuits are under way against Ferguson and 13 other cities in the St. Louis area over the alleged operation of modern-day debtors’ prisons.

“One thing that has been revealed over and over again in the Ferguson investigation and these lawsuits is that the worst practices tend to arise when courts and other officials perceive a financial necessity in funding their operation through fees and fines,” says Larry Schwartztol, executive director of Harvard University’s Criminal Justice Policy Program. “That creates conflicts of interest and distorts the justice system.” William Maurer, an attorney for the Institute for Justice, told Mother Jones in July that small towns around urban areas “have municipal infrastructure that can’t be supported by the tax base, and so they ticket everything in sight to keep the town functioning.”

Here’s a look at some similar recent cases across the country:

Biloxi, Mississippi: In a complaint filed by the American Civil Liberties Union (ACLU) in last October, attorneys alleged that poor residents in Biloxi who couldn’t take care of their debt were “routinely” arrested and tossed in jail without receiving a court hearing to determine whether they would be able to pay such penalties. The lawsuit alleged that the city relied on the fines and fees for a substantial portion of its budget and enlisted the help of for-profit probation companies to collect the money. In March, the two sides agreed on a settlement and adjusted it in September. The city agreed to stop using private probation companies to collect payments, to adopt a “bench card” for judges as a reminder of how to not send people to jail who are unable to pay, and to provide alternatives to debt repayment, such as payment plans, job training programs, mental-health counseling, and community service. The city, its police chief, and a district judge named in the complaint also admitted no wrongdoing as part of the resolution.

Colorado Springs, Colorado: Hundreds of impoverished people in Colorado Springs who were fined for a minor infringement of the city’s ordinance had a choice: Pay the debt in full, or settle it for time in jail at $50 a day. Last October, the ACLU of Colorado sent a letter to the city’s attorney and a municipal court judge, alleging that the court had ordered the “pay or serve” sentence in more than 800 cases since January 2014. In May, the city agreed to pay $103,000 to 66 impoverished residents, or $125 for each day they were behind bars. Municipal judges and city-contracted attorneys also underwent training on the rights of indigent citizens.

Jackson, Mississippi: For impoverished Jackson residents, the Colorado Springs case sounds familiar. Those arrested for misdemeanor cases were forced to navigate Jackson’s “pay or stay” system, according to complaint filed last October. If someone failed to pay all or a large portion of their debt at the time of their hearing, they were sent to jail in Hinds County. Once behind bars, they “were told they could ‘work off’ their fines at the rate of $58 per day,” according to the complaint. Those who couldn’t work were left to “sit out” their fines at $25 a day. In June, the city of Jackson settled and created an alternative monthly payment of $25 or an hourly credit for community service. The city also eliminated a requirement for people to post a money bail when arrested for a misdemeanor and to instead be released on the condition they appear for a future court appearance.

Benton County, Washington: A woman named Jayne Fuentes was sent to county jail for more than three months to work off $3,229 in “legal financial obligations” from 2010 and 2011. A complaint filed last October by the ACLU alleged that people like Fuentes who couldn’t pay off their debt were either sent to jail or forced to work on the county’s work crew as part of “partial confinement.” In June, the county and ACLU reached a resolution. The county agreed to stop issuing warrants to arrest those who didn’t pay off their debts. Beyond that, district court judges were also required to ask about a person’s ability to pay at hearings, and county public defenders and prosecutors would receive training on the assessment and collection of court-imposed fines.