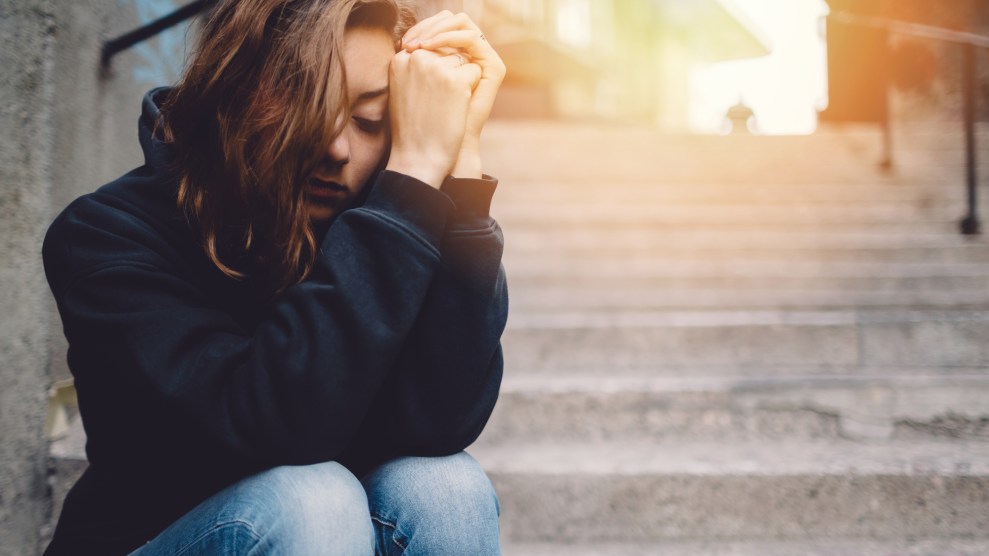 It turns out that depression as a side effect of abortion is rare—but anxiety and low self-esteem after being denied the procedure is very, very real.

This is the latest data out of a yearslong study tracking abortion access that was published in JAMA Psychiatry by researchers at Advancing New Standards in Reproductive Health at the University of California-San Francisco. The 956 participating women—recruited from 30 abortion facilities in 21 states—were divided into two groups: women who sought and received an abortion, and women who sought an abortion but were denied the procedure. Both groups of women were interviewed one week after seeking an abortion and then semiannually for five years.

Researchers found that women who were turned away from abortion clinics reported more anxiety symptoms, lower self-esteem, and lower life satisfaction over a longer period of time than women who had the procedure. They experienced similar levels of depression as the women who had received an abortion just under the facility’s gestational limits—indicating that depression was not triggered by having an abortion—but the women who received an abortion felt less negative emotional effects by six months to a year after the procedure. Nine states have laws that require women who seek an abortion to first receive counseling on its negative emotional and psychological consequences.

“We can say that those current mandated counseling laws are not protecting women, and if anything, the research suggests that it’s restricting their access and harming their mental health in the short term,” said lead study author Antonia Biggs, a social psychologist. “Our goal is to provide the most objective, rigorous data on the effects of abortion on women and provide a better understanding of women’s experiences—as policymakers are interested in learning how abortion affects women, we would hope that they would take this research into account.”

This study is not the first to document that the link between abortion and chronic depression is a fallacy. In 2010, Guttmacher published a study that examined mental health outcomes in adolescent women who had abortions, and another paper in 2013 echoed the “overwhelming consensus in the legitimate scientific community” that no causal link exists. Guttmacher’s 2013 report and the JAMA study both refer to the US surgeon general’s conclusion in 1989 that “the scientific studies [to date] do not provide conclusive data about the health effects of abortion on women.”

“Our goal is to provide the most objective, rigorous data on the effects of abortion on women and provide a better understanding of women’s experiences,” Biggs said. “As policymakers are interested in learning how abortion affects women, we would hope that they would take this research into account.”