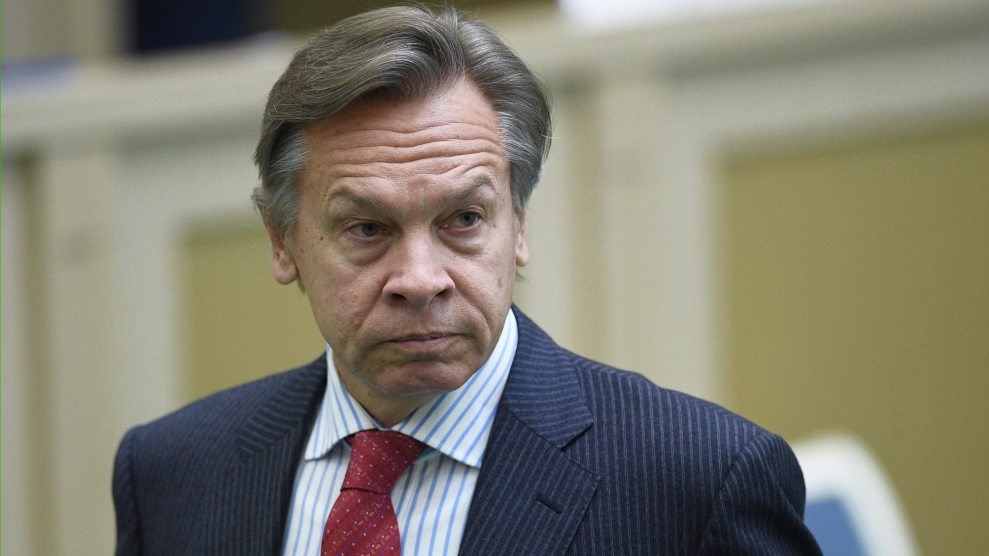 On Monday, Russian Ambassador to Turkey Andrey Karlov was assassinated in an Ankara art gallery by a gunman who shouted, “Don’t forget Aleppo! Don’t forget Syria!”

Alexei Pushkov, a member of the Duma—the Russian legislature—and the former chairman of its foreign affairs committee, was quick to blame the Western media for inciting the attack through its coverage of Syria.

“The hysteria around Aleppo raised by the Western media has consequences,” he told LifeNews, a pro-Putin online news outlet and TV channel. “This murder is precisely a consequence of attempts to blame Russia for all the sins and crimes she did not commit. They are completely ignoring the crimes of fighters in Aleppo, and that forms a distorted and false picture of what is happening in this city, which contributed to this terrorist act…This is a result of anti-Russian hysteria, raised in the West and supported by a certain part of Turkish society.”

Pushkov made a similar point on his Twitter account, writing that “the death of the Russian ambassador in Turkey, a terrorist act, is the result of political and media hysteria around Aleppo from Russia’s enemies.”