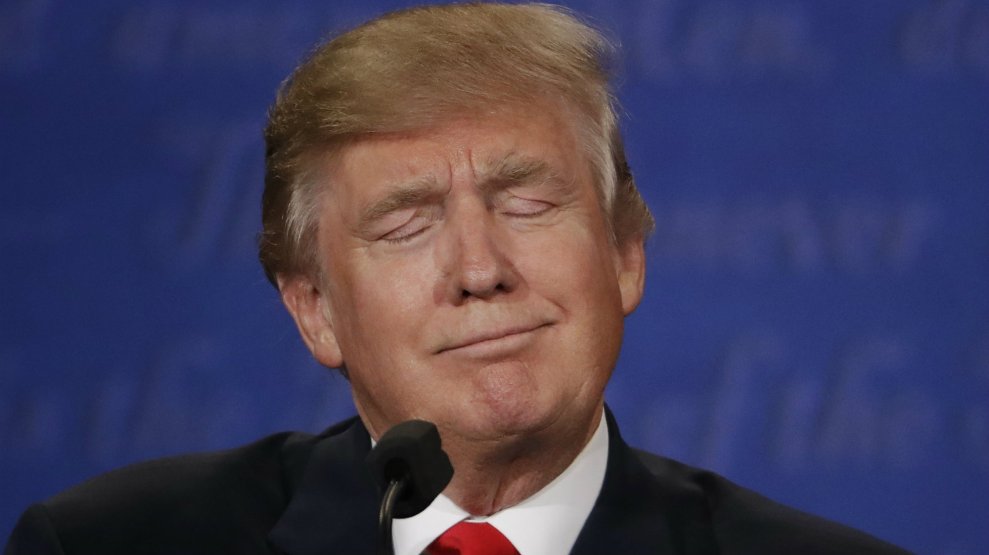 Donald Trump has hit send on a lot of ill-advised tweets—tweets that were false, tweets that showed him to be thin-skinned or a bully. But perhaps no tweet ranks as, well, dumb as the one he sent out Wednesday morning, just hours before his first press conference in six months. He was reacting to news stories noting that when the intelligence community provided President Barack Obama and Trump its assessment that Russia hacked the 2016 campaign in order to help Trump, the spies also provided Obama and Trump a two-page addendum noting that a foreign counterintelligence veteran had provided the US government with memos claiming Russian intelligence had mounted a yearslong operation to co-opt or cultivate Trump and had gathered compromising information on Trump. This is how Trump responded:

Trump was apparently referring to a Vladimir Putin spokesman dismissing these reports as “pulp fiction” and an “attempt to harm our bilateral relationship.”

So here was the incoming president of the United States embracing a Kremlin statement as the go-to truth. Russia, by the way, has also denied hacking Democratic targets to influence the presidential election, and Trump still has not fully acknowledged the US intelligence conclusion that Moscow meddled in the campaign to assist Trump.

Trump’s tweet demonstrated a profound naiveté. If the memos are accurate and Putin’s regime did collaborate with Trump’s camp and did try to win him over (let alone coerce him to be supportive of Putin and Russian interests), would the Kremlin ever admit doing so? This is Le Carré stuff. Spy versus spy. Homeland. Note to Trump: It is a secret! One need not be an intelligence expert to realize that a foreign power that mounted a clandestine operation to influence a prominent businessman, a presidential candidate, or a president would not publicly admit to doing so.

It is stunning that Trump would point to this Kremlin remark as an accurate statement that deserves credence. There are plenty of other ways he could have responded to these inconvenient and troubling news reports. His inability to recognize Moscow spin as irrelevant and not credible is worrisome. It is absurd for a president-to-be to promote Putin’s talking points as truth, and the fact the man who will soon be in charge of US national security doesn’t understand this is frightening.