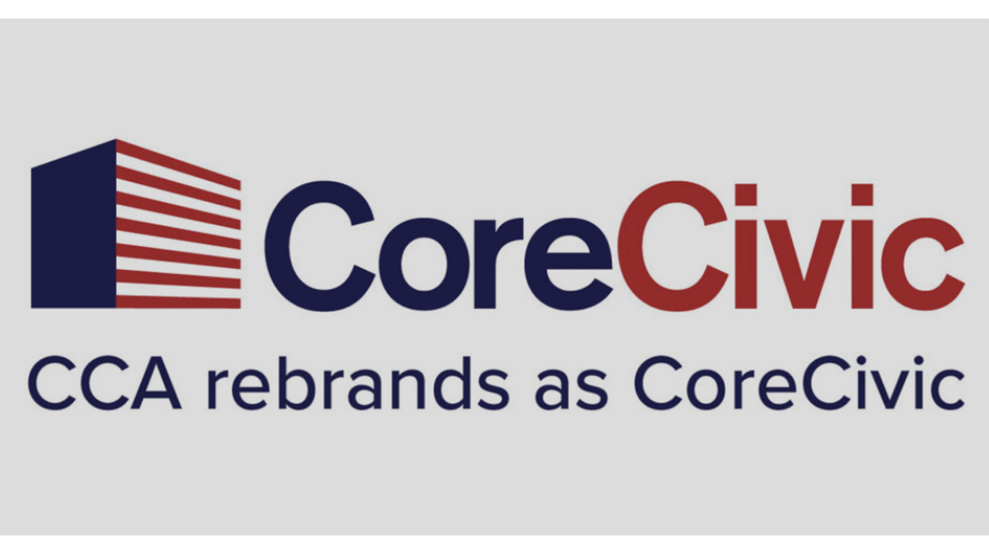 CoreCivic, the private prison company formerly known as the Corrections Corporation of America, has been working with a communications firm that boasts an “aggressive media strategy” for countering investigative journalists. CoreCivic apparently retained the Alexandria, Virginia-based firm to manage its reputation following the publication of a Mother Jones story in which I detailed my four months working as a corrections officer at a CoreCivic-operated prison in Louisiana.

The prison company’s connection to the PR firm came to light through a recent email sent by CoreCivic spokesperson Jonathan Burns to Hillenby chief operating officer Katie Lilley. Burns copied Texas Public Radio reporter Aaron Schrank on the email, presumably unintentionally. Schrank forwarded the email to me. The email suggests that Hillenby has been assisting CoreCivic in developing its public response to my reporting.

A two-page set of talking points, titled “Get the Facts on Mother Jones?,” were attached to the message. Burns said he wanted to have the talking points, which CoreCivic originally issued last summer, “handy” during a “Metro Commission meeting,” and asked Lilley if she could have it “CoreCivic-ified first,” referring to the company’s recent decision to change its name and logo. The meeting Burns mentioned may be a reference to a meeting in Nashville, where CoreCivic is based and where it has a contract to run the Metro-Davidson County Detention Facility.

Hillenby says it helps companies “incorporate certain language” in their correspondence with  reporters to “introduce the concept of legal risk.”

The talking points label me as an “activist reporter” who sought to “force onto Mother Jones readers a rehashed and predetermined premise instead of a factual and informed story.” The document focuses largely on the fact that I sought employment as a prison guard rather than simply interviewing CoreCivic about their company. It accuses me of having “jeopardized the safety and security” of the prison and its employees by writing about the things I had witnessed and experienced there, rather than reporting them to my supervising officer. The memo also criticizes me for neglecting to speak “to a person supportive of our company and the solutions we provide.” CoreCivic declined multiple interview requests while I was reporting my article. I also sent the company more than 150 questions seeking responses and further information.

CoreCivic and Hillenby’s executives did not respond to requests to comment for this article.

It’s unclear what, if any, steps Hillenby has taken to help rebrand CoreCivic. On its website, Hillenby doesn’t name many of its clients and describes its campaigns in general terms. The firm claims it has successfully curtailed the publication of investigative reports “with every national television network, investigative cable news programs and several other print, digital and broadcast outlets, including hardline activist media.” For example, it claims that its “aggressive media strategy” succeeded in pushing an investigative report by an unnamed broadcast company to be “indefinitely delayed” and “likely dropped.” The firm says it helps companies “incorporate certain language” in their correspondence with investigative reporters to “introduce the concept of legal risk.”

The PR firm’s top executives, Rob Hoppin and Katie Lilley, previously worked at Edelman, one of the world’s largest PR firms. Edelman has used controversial strategies while performing corporate facelifts. In 2006, it created Working Families for Walmart, a supposedly grassroots group of Walmart supporters. Its blog posts turned out to have been written by Edelman employees. Edelman also helped organize “Wal-Marting Across America,” a blog written by a road-tripping couple who recorded their overwhelmingly positive interactions with Walmart employees. Edelman flew the couple to Las Vegas and  furnished them with a mint-green RV adorned with the Working Families for Walmart logo. It’s unclear if Hoppin and Lilley worked on those campaigns, though both were on Edelman’s Walmart account at the time, according to their online bios.

A few weeks after I stopped working at the prison, in early 2015, CoreCivic notified the Louisiana Department of Corrections that it planned to terminate its contract to operate the facility, which had been set to expire in 2020. According to DOC documents, the state had asked CoreCivic to address numerous issues at the prison involving security, staffing levels, training, programming for inmates, and a bonus paid to Winn’s warden that “causes neglect of basic needs.” Shortly following the publication of my article last June, the Justice Department announced it would phase out its use of private prisons.