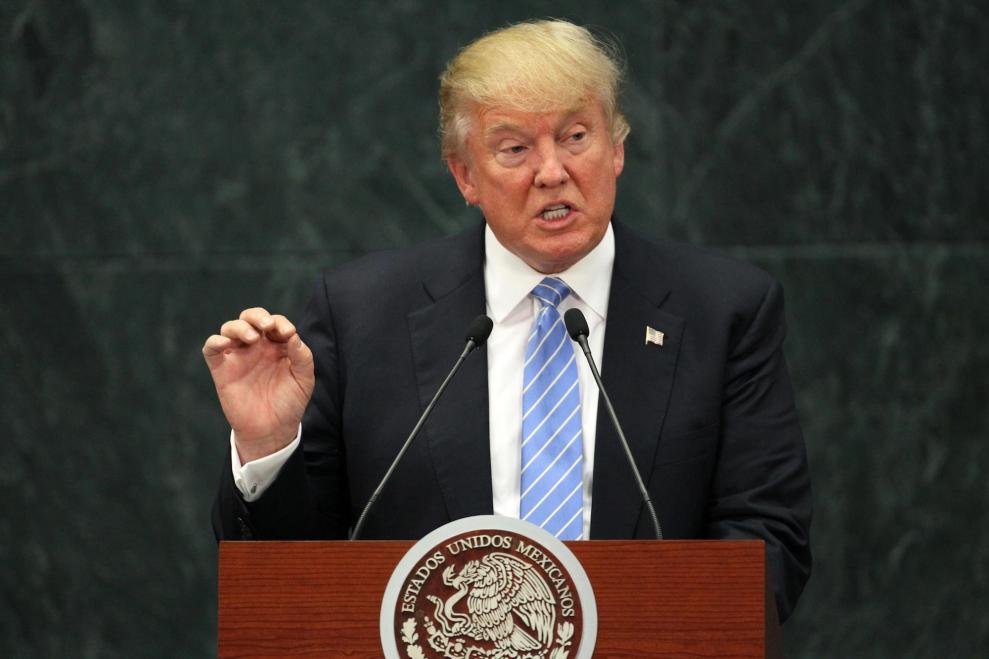 Donald Trump is still two weeks away from entering the White House, and he already appears to have bent, if not broken, his signature campaign promise to force Mexico to pay for the construction of a border wall along the US-Mexico border. According to CNN, the president-elect’s transition team has asked House Republicans to fund the wall through the appropriations process, essentially meaning taxpayers—not Mexico—would be paying for the wall.

On Friday, Trump appeared to acknowledge the report but insisted that Mexico would reimburse the United States at a later date:

The dishonest media does not report that any money spent on building the Great Wall (for sake of speed), will be paid back by Mexico later!

Trump’s pledge to build a massive wall, and to expel millions of undocumented Mexican immigrants he described as “rapists” and “criminals,” was a key element of his presidential bid. In August, he flew to Mexico to meet with President Enrique Peña Nieto, but he failed to discuss any payment of his proposed border wall. “That’ll be for a later date,” Trump said after the meeting.

Nieto has repeatedly said his country would not be paying for such a wall.

Politico reports House Republicans are working with Trump’s team to possibly use a 2006 law signed by then-President George W. Bush to authorize the construction of a 700-mile barrier along the US-Mexico border.