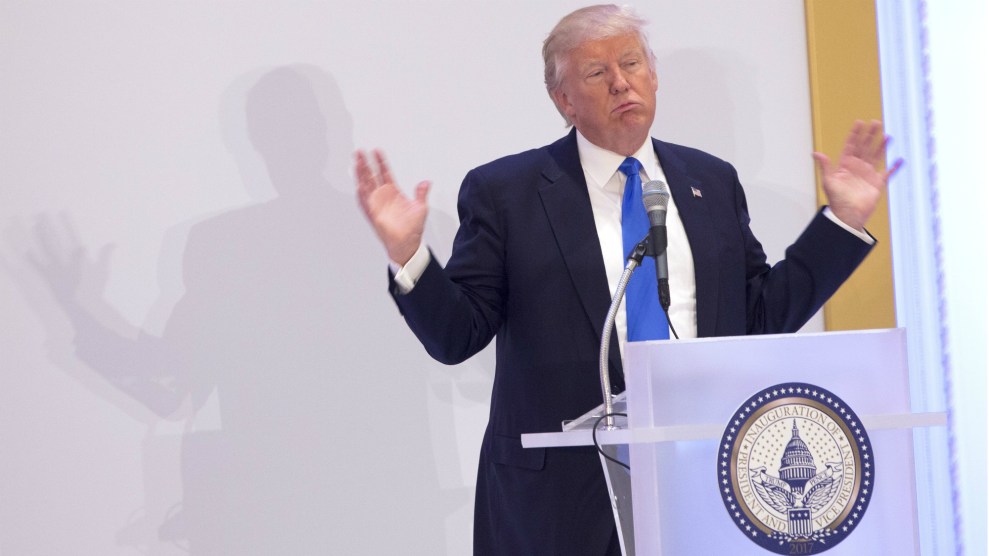 Donald Trump brought many conflicts of interest with him when he moved into the White House last week. Chief among them are the Trump Organization’s dealings with foreign power and players, including leasing office space to one Chinese state-owned bank and borrowing money from another. According to ethics experts, these ties and others violate the Constitution’s emoluments clause, which prohibits federal officials from receiving financial benefits from foreign governments. On Monday, a group of prominent ethics experts—including the former ethics attorneys for George W. Bush and Barack Obama—filed suit against Trump on constitutional grounds.

The lawsuit, which you can read in full below, faces several tough challenges—notably, whether or not the plaintiffs have legal standing to make their case.