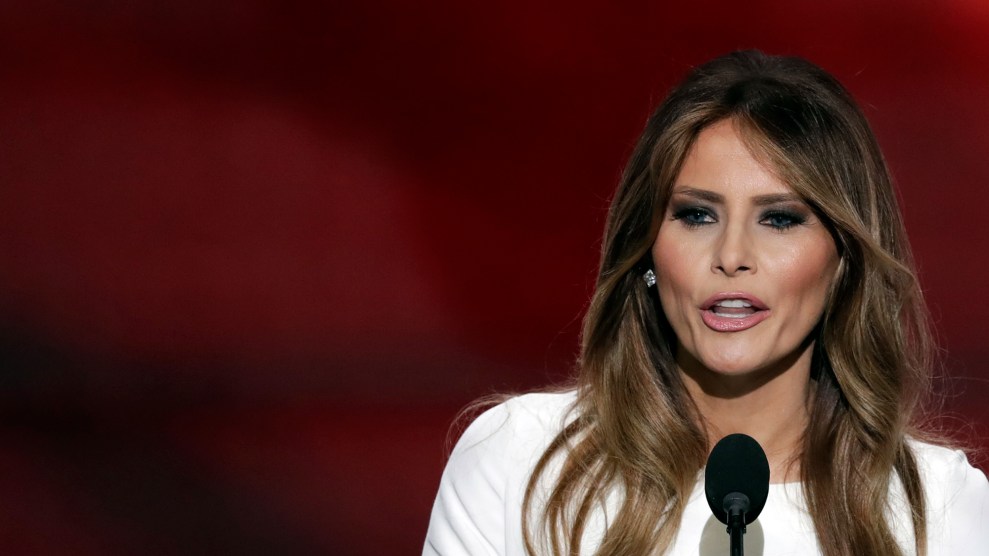 “How can we turn our backs on these individuals?” New York lawyer Michael Wildes said, adding that he thought the legal disputes over the executive order would eventually be taken up by the Supreme Court. “I think it is going to get worse before it gets better.”

“This is not the way you deal with people’s lives,” he said.

Last September, Melania Trump attempted to clear up questions surrounding her own immigration to the US, when she released a signed letter from  Wildes flatly denying allegations that she had worked illegally in the US before receiving a proper work visa. But new documents uncovered by the AP less than two months later—including financial ledgers and contracts—contradicted the public account given by Trump and Wildes, revealing the Slovenia-born model had in fact received paid New York modeling assignments in the seven weeks before she received her work visa.

Wildes, a Democrat, voted for Hillary Clinton, according to an interview with MSNBC’s Lawrence O’Donnell:

It’s not the first time Wildes has spoken out about Trump’s actions on immigration as president. “This is scary stuff for America’s legacy of immigration, for business and for our hospitality,” Wildes told ABC News this week.