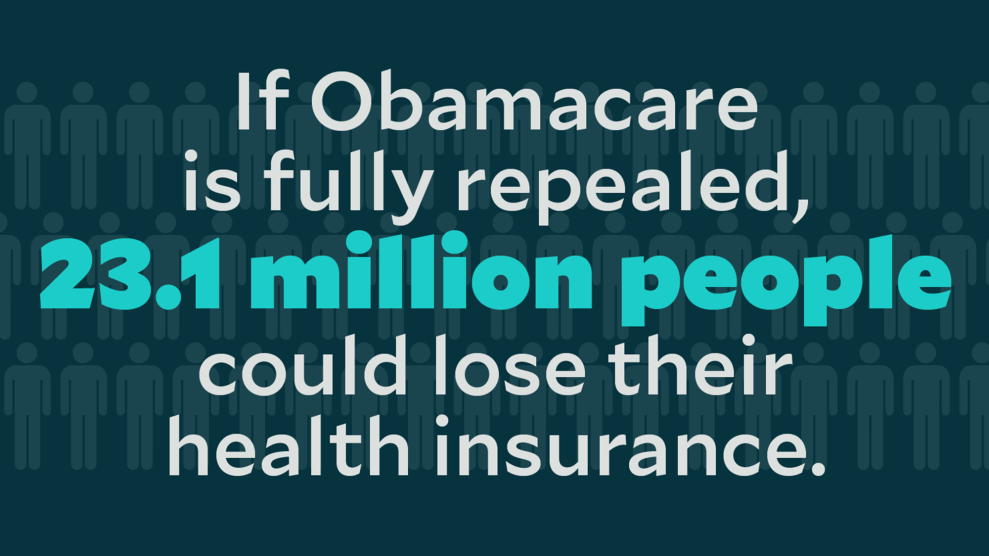 Donald Trump and congressional Republicans emerged victorious in November thanks in part to their repeated denunciations of Obamacare. At a rally in July, Trump noted the efficacy of attacks on the Affordable Care Act: “One of the things that gets constantly…the biggest applause is a repeal and replacement of Obamacare.” Since the election, some Republican lawmakers have softened their stance a bit, suggesting that Obamacare may simply be “scaled back.” But there’s little doubt that they will still make a show of upholding their promise to chip away at, if not totally repeal, Obamacare. Trump, who once advocated universal health coverage, has said he will replace the existing plan with “something terrific,” though he has yet to offer a serious alternative.

Here’s another catch: While most Americans say they dislike Obamacare, they actually like most of its provisions. According to a recent Kaiser Family Foundation poll, every major part of the Affordable Care Act is exceedingly popular except for one—the imposition of fines for not having health coverage. This might explain why some Trump voters are reacting with alarm now that they realize some kind of ACA repeal looks likely.

If Obamacare is fully repealed, most Americans will see a modest tax cut, while tens of millions will face a loss of coverage or become uninsurable. And thousands could die from lack of access to medical care. As Obamacare slips back into critical condition, here’s a look at these and other consequences of its possible demise. 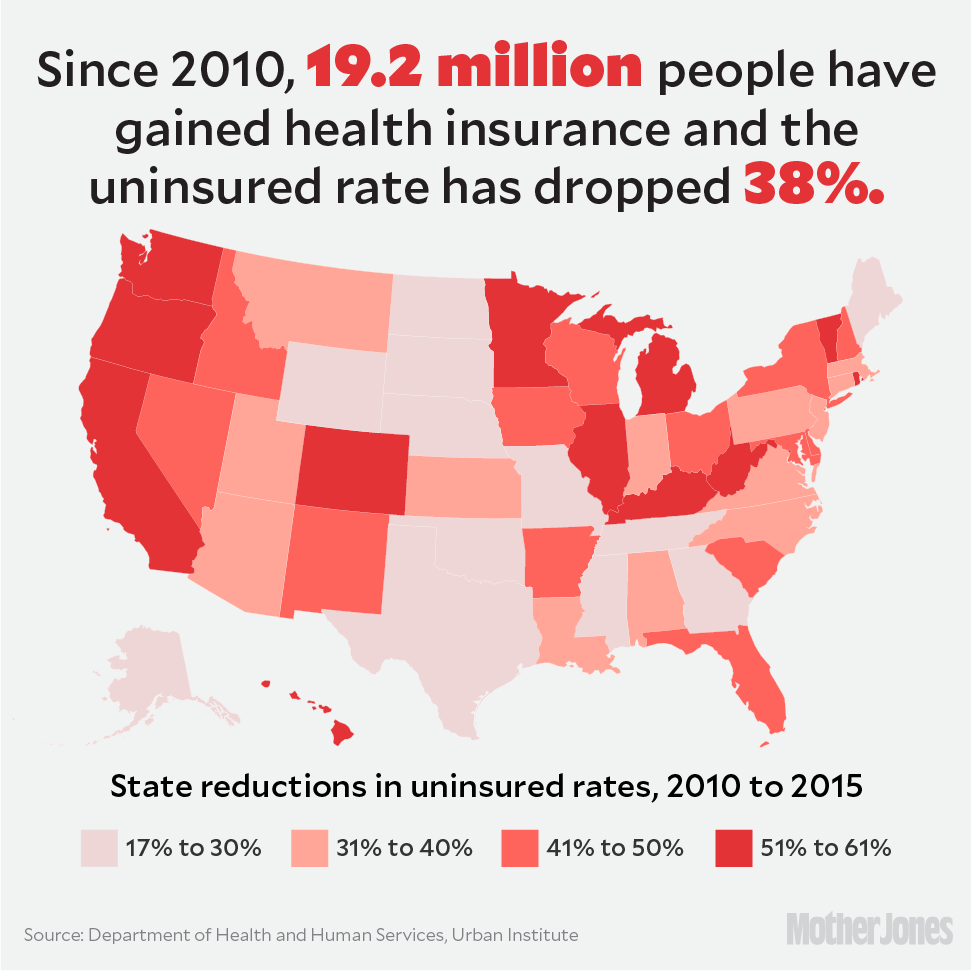 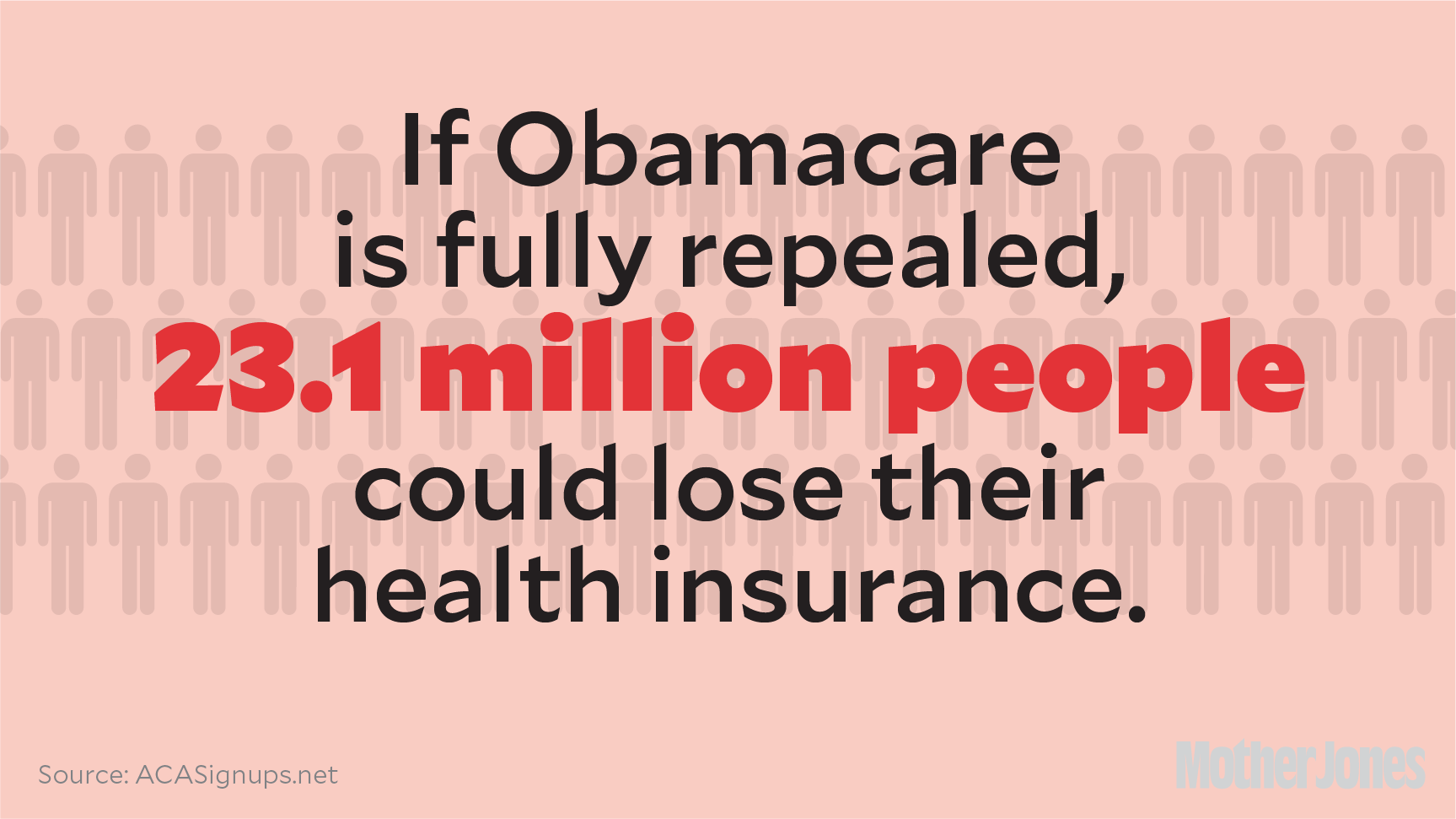 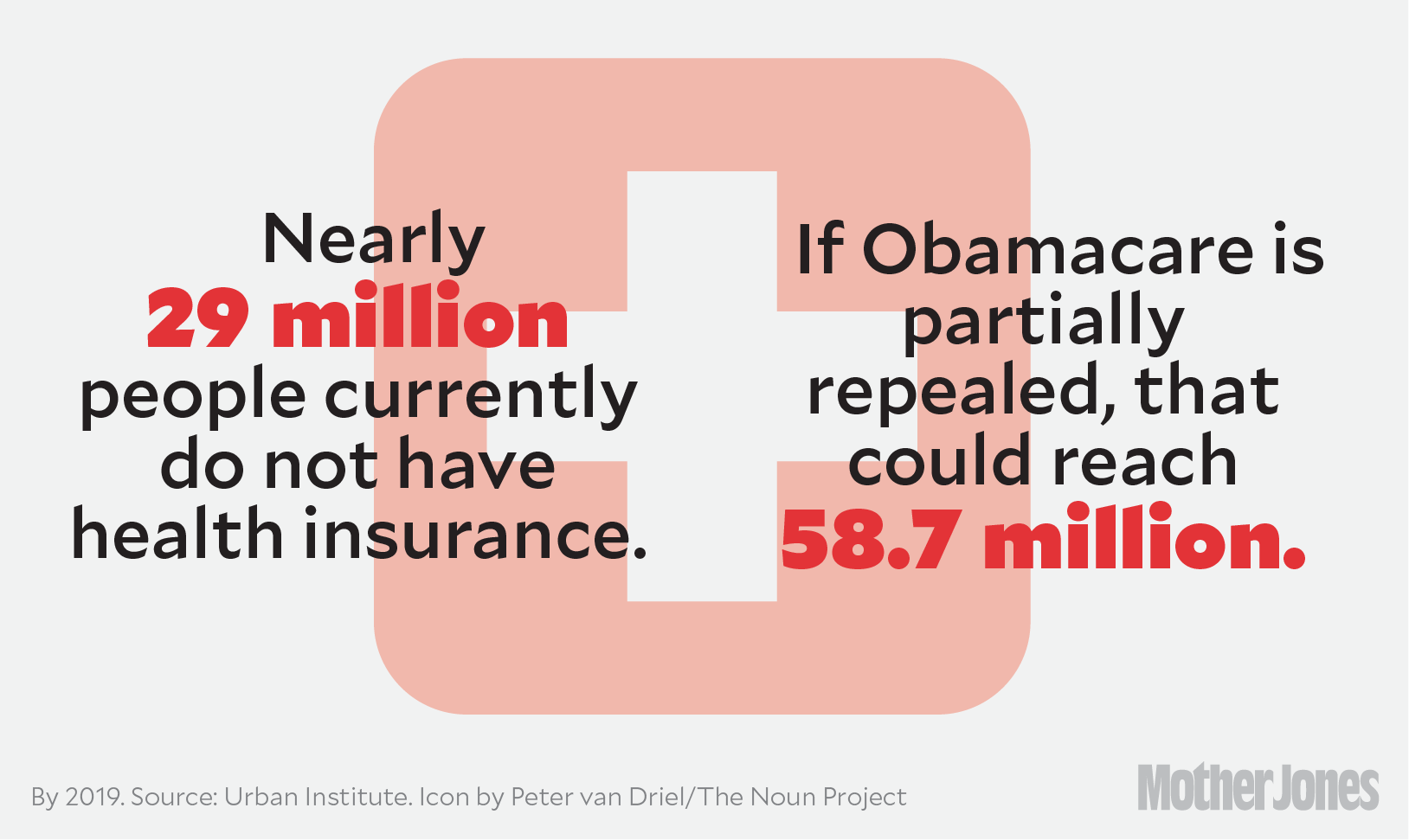 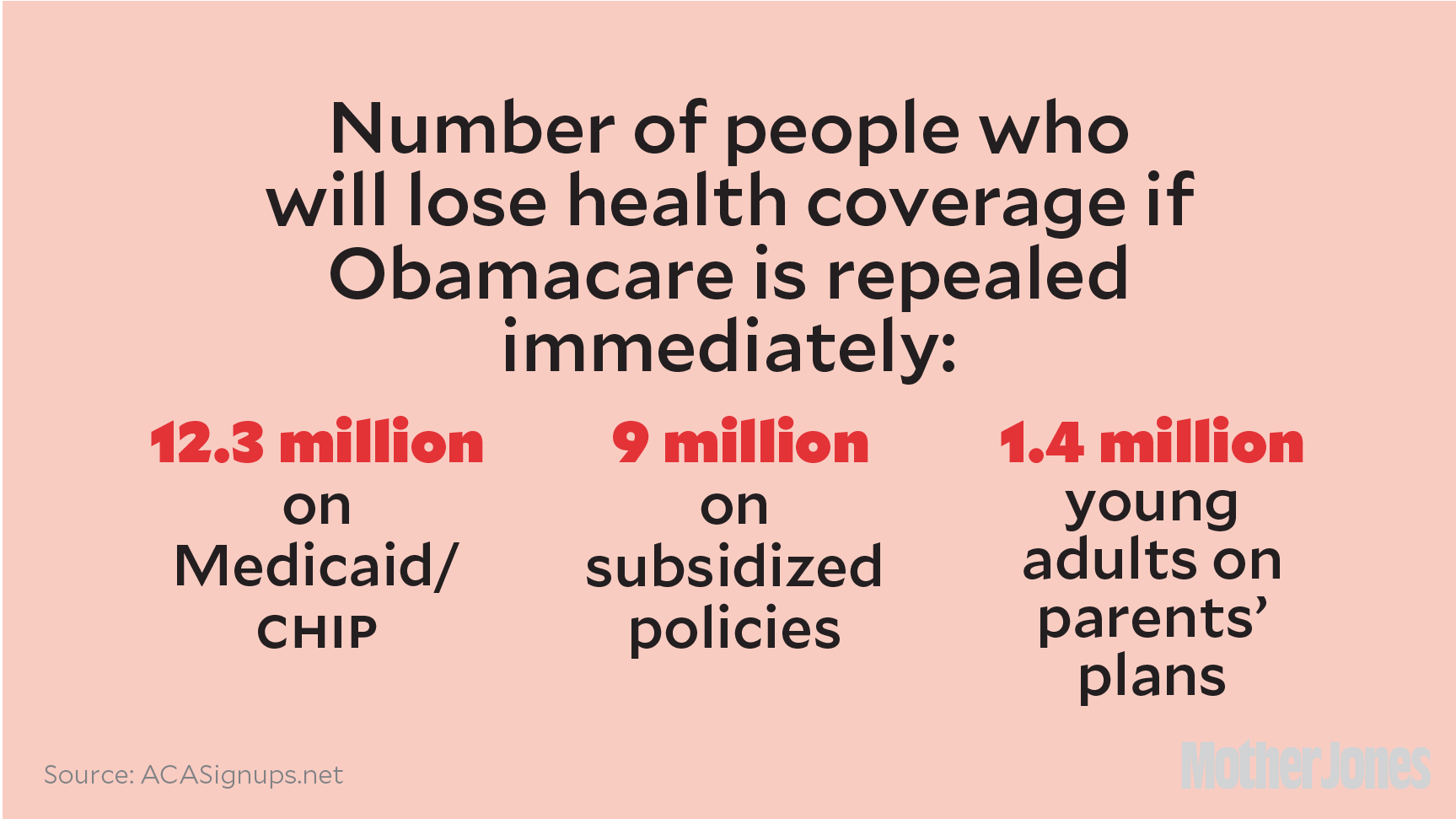 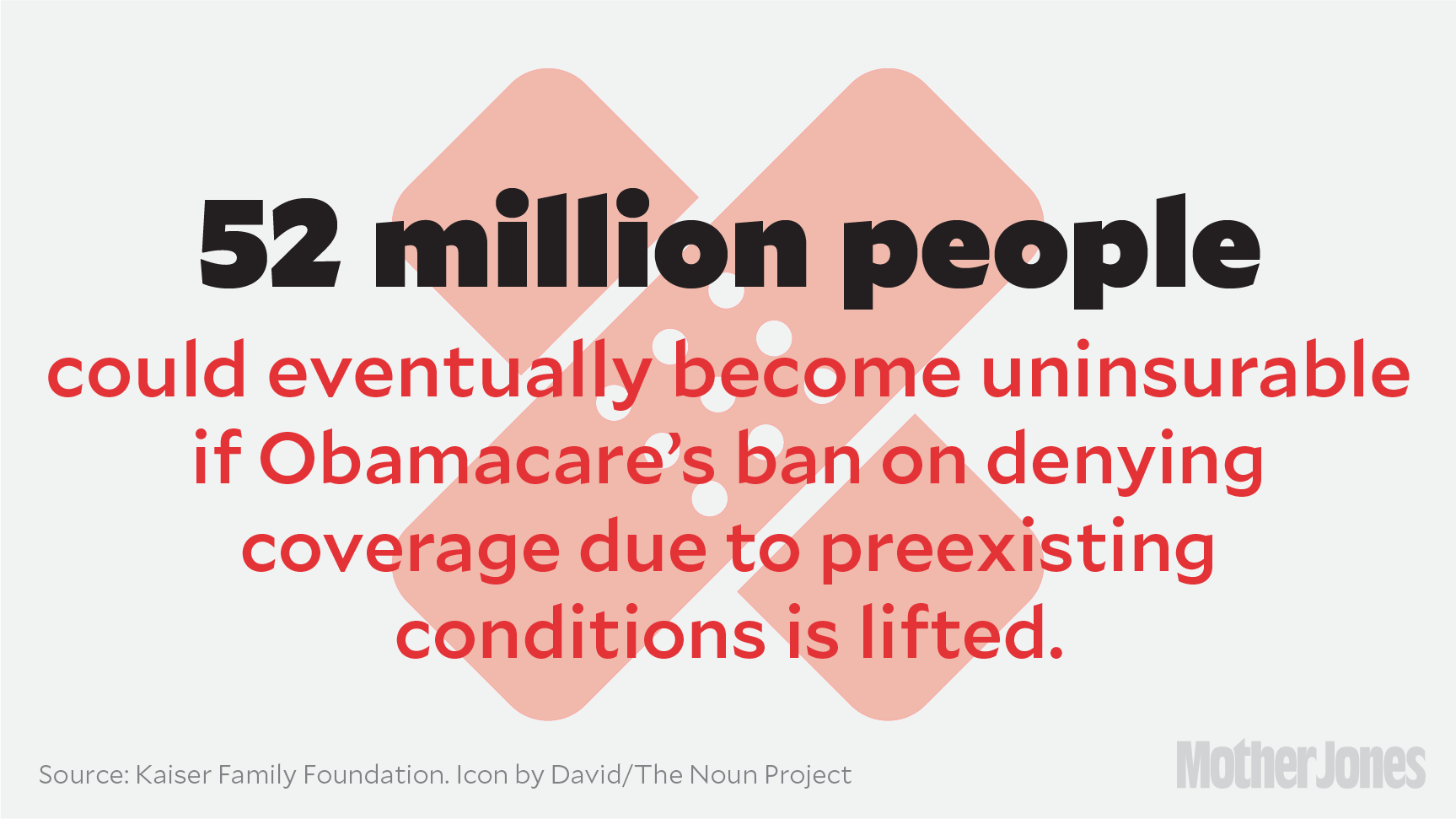 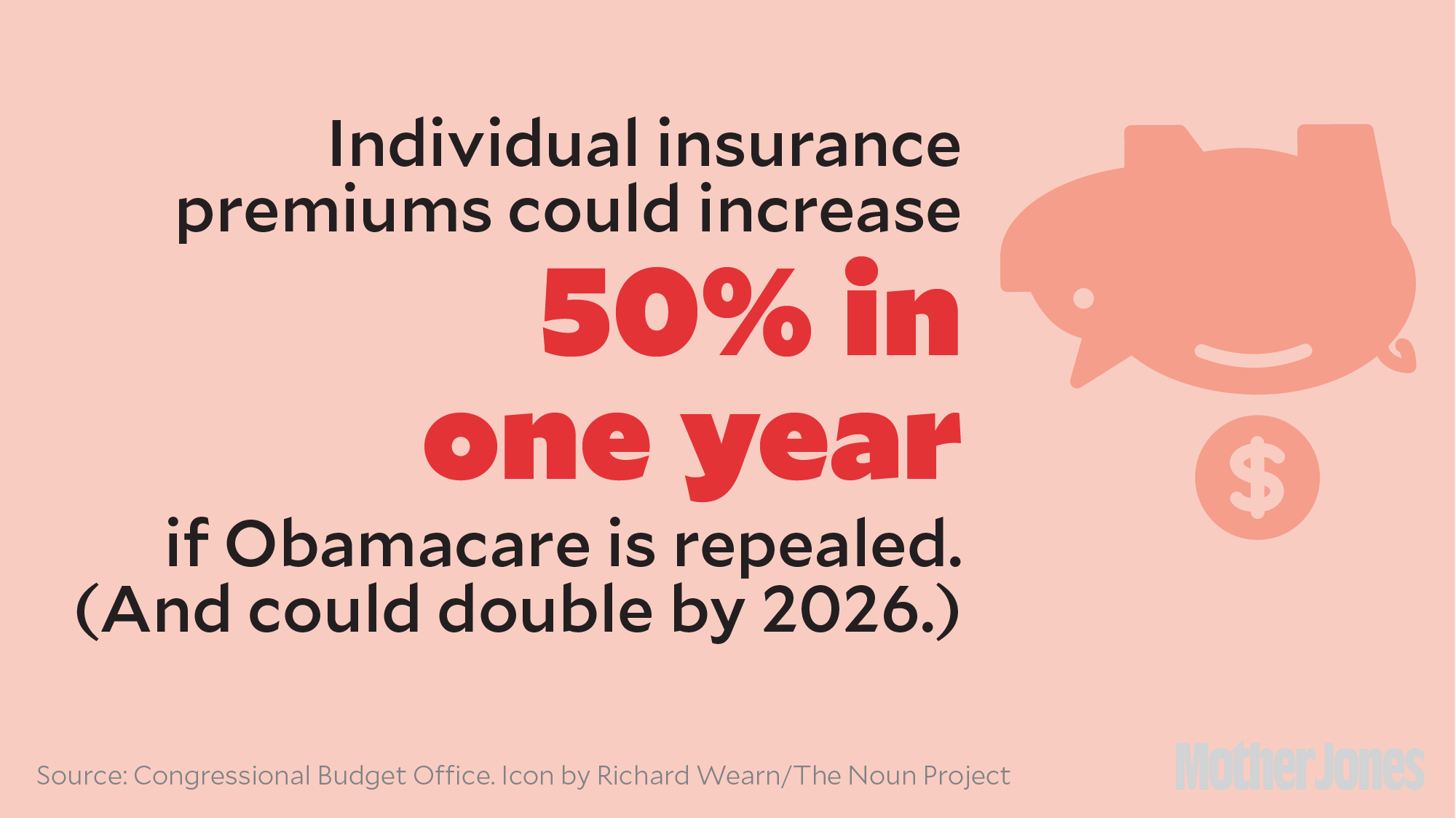 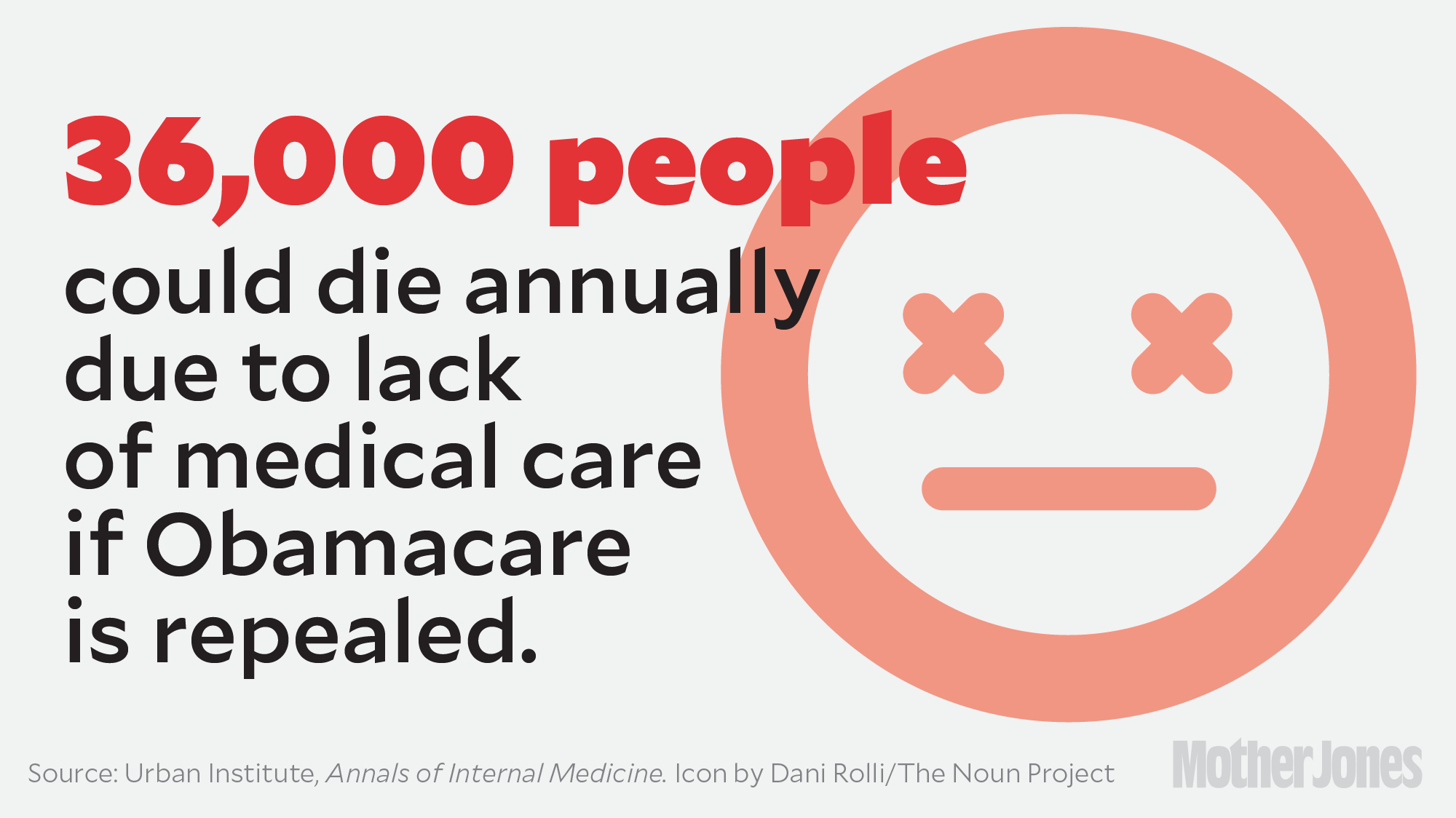 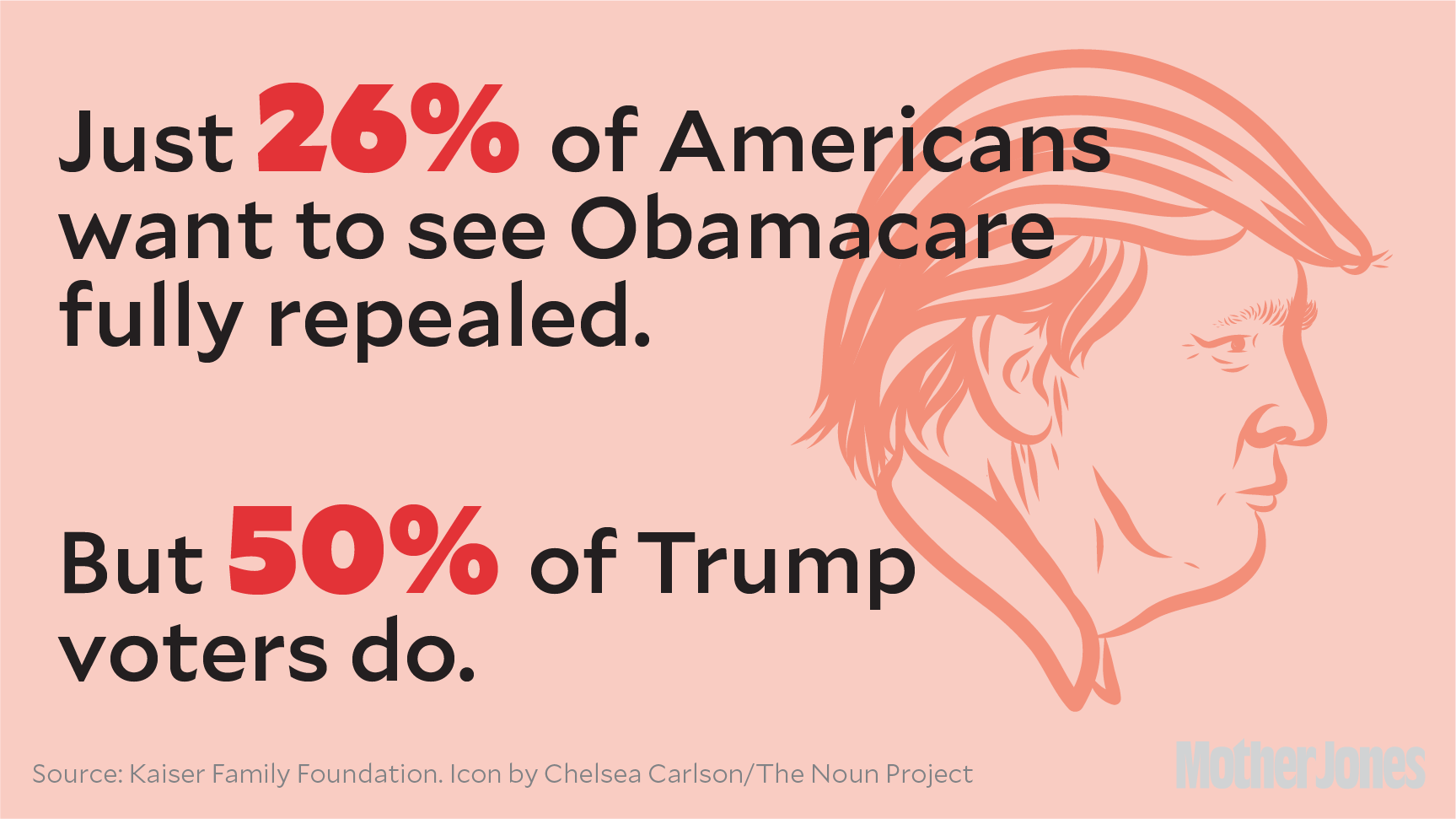 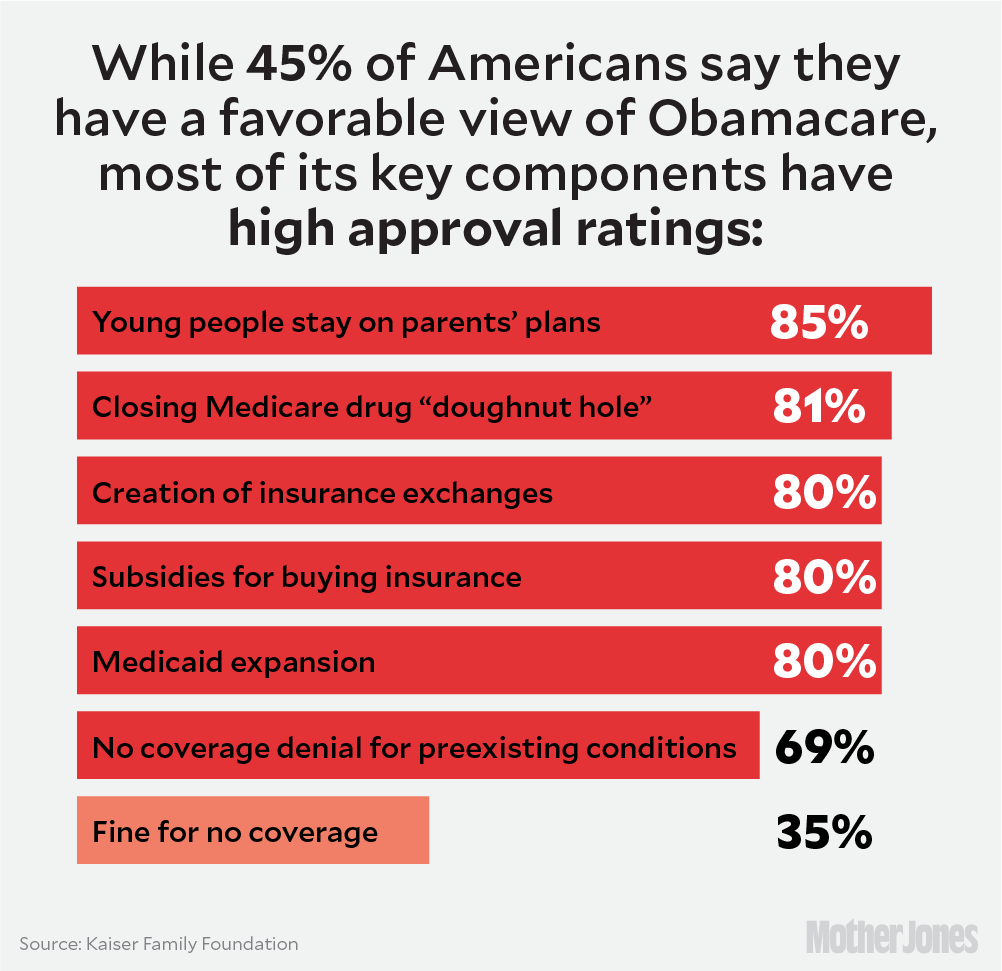 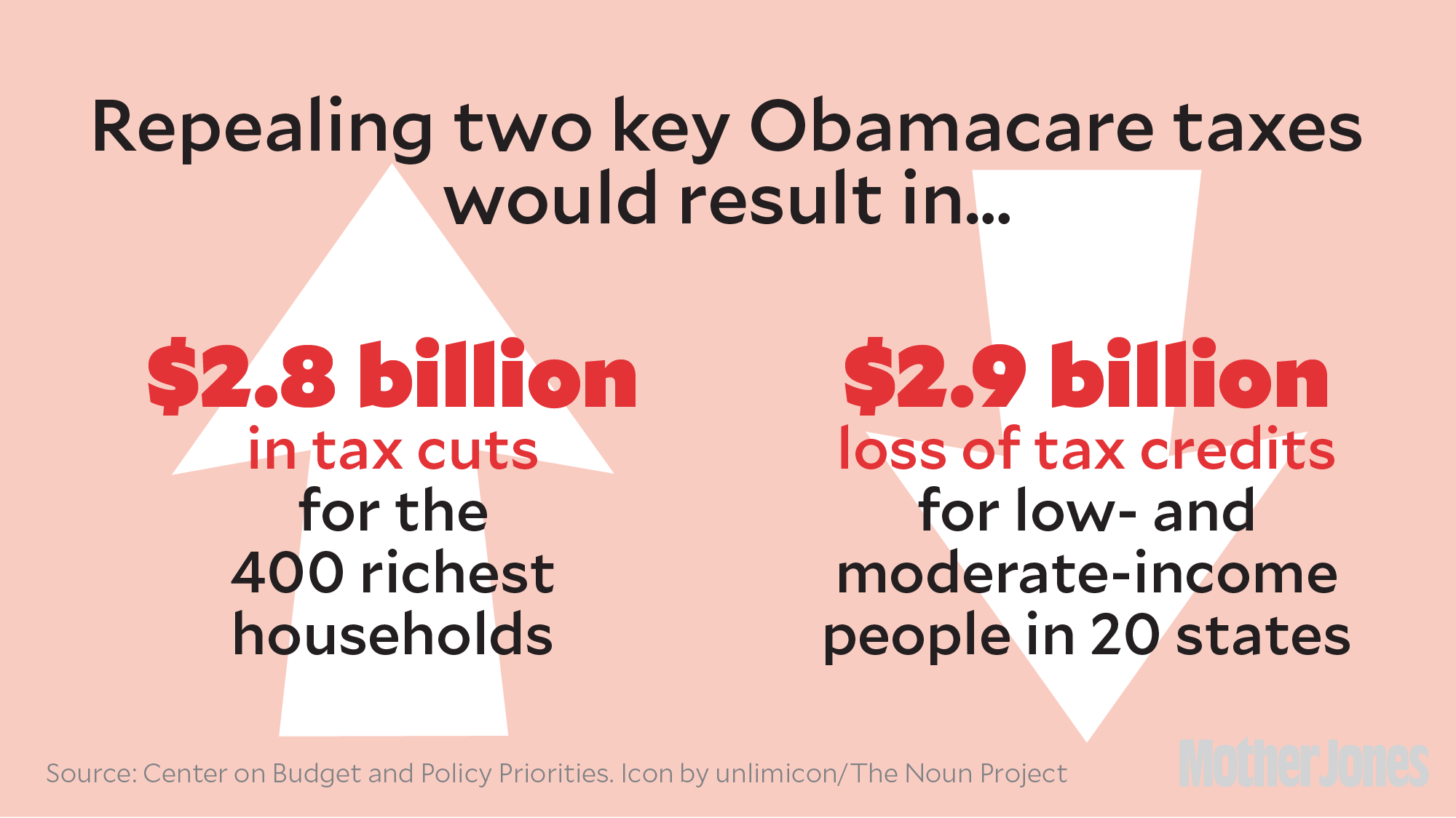 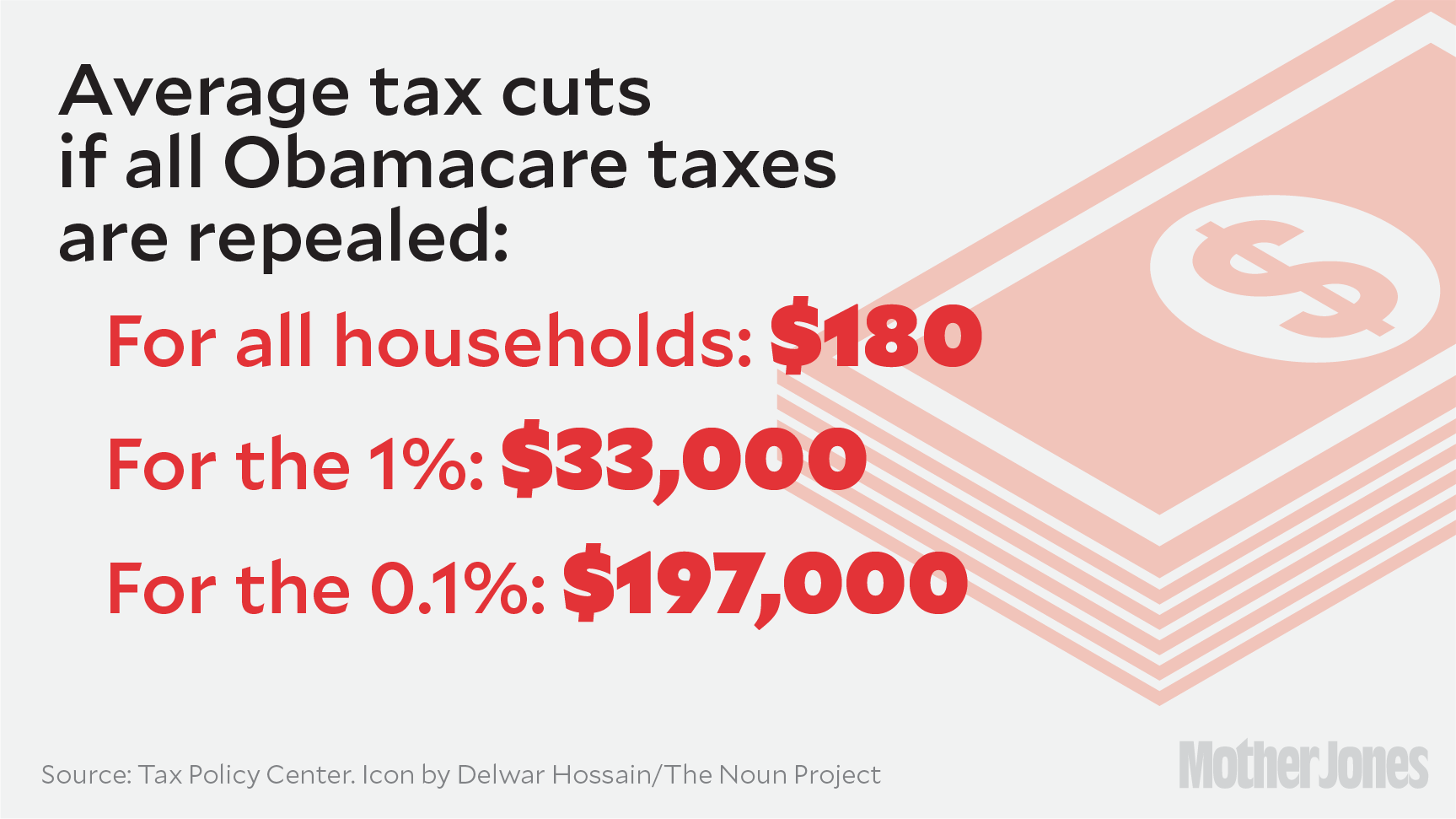 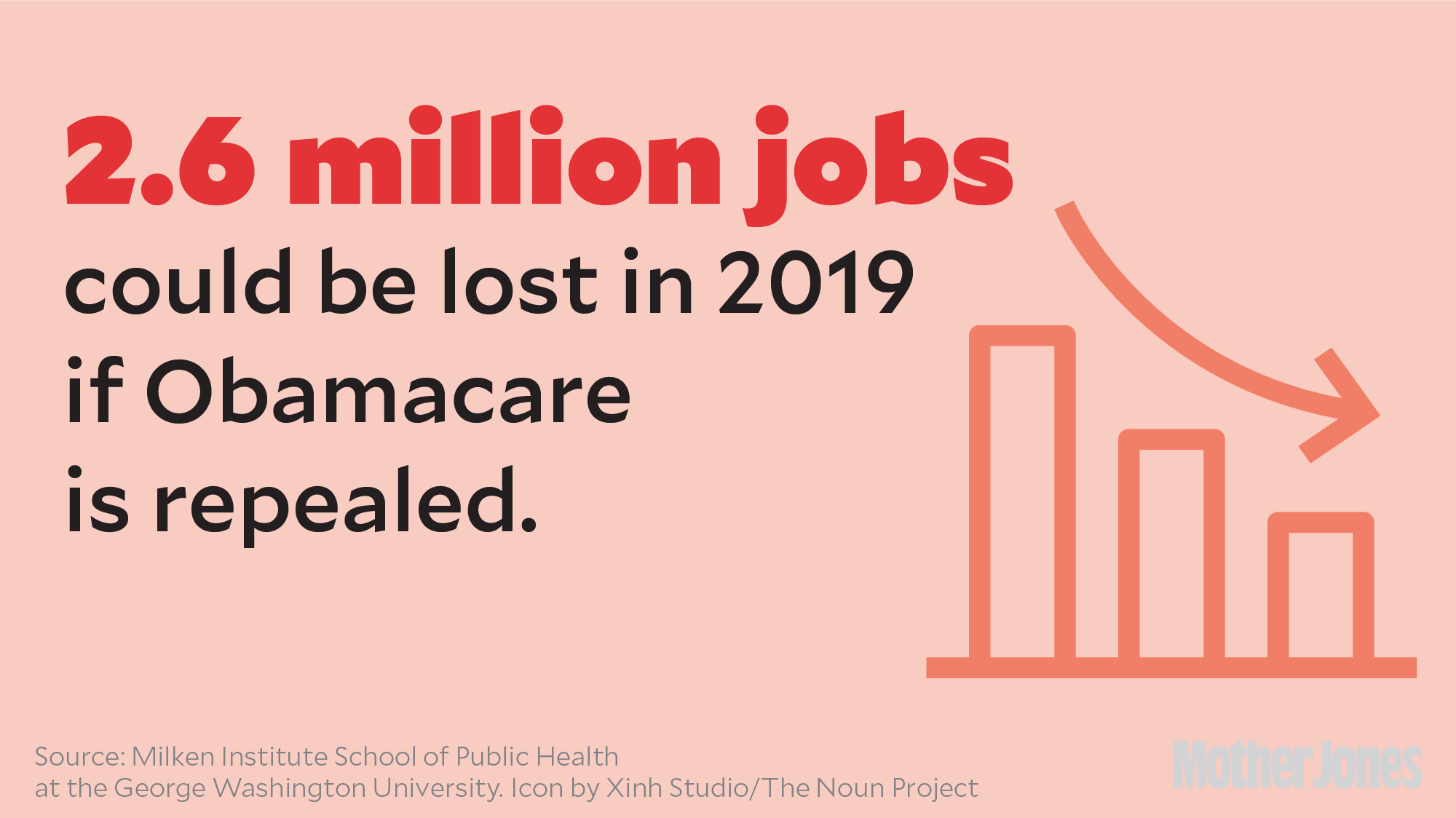 Tax cuts for top 400: Center on Budget and Policy Priorities