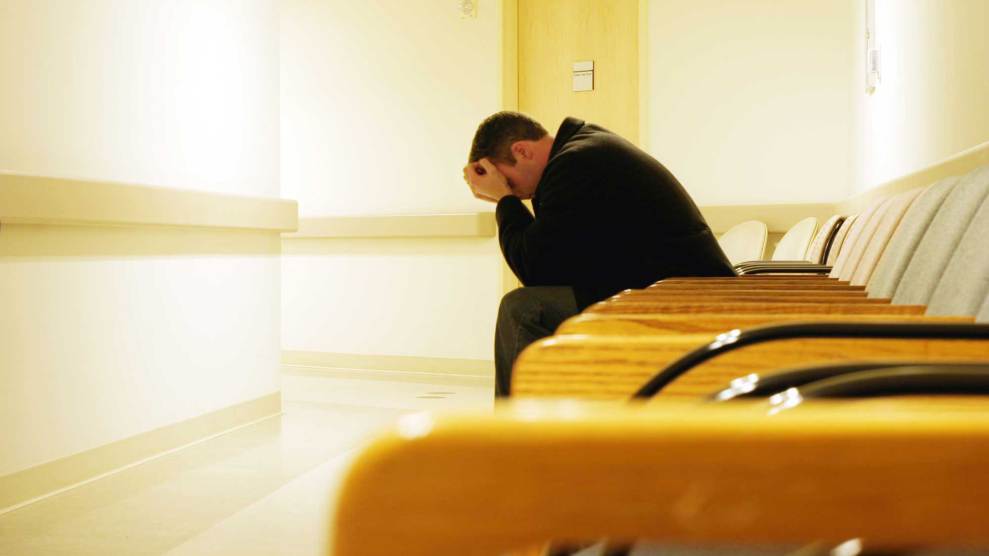 There’s no denying that America is experiencing the largest drug epidemic in its history: Around 2.5 million Americans are addicted to opioids like heroin and prescription painkillers. Last week, Alaska became the latest state to declare the opioid epidemic a public health disaster.

President Donald Trump has particularly strong support in areas that have been hit hard by the crisis. Yet if Obamacare is repealed, as Trump has repeatedly promised, thousands of Americans would lose access to their daily or weekly treatment for opioid addiction.

Here’s what gutting Obamacare would mean for the people who depend on it to fight America’s opioid epidemic:

What’s the connection between the opioid epidemic and Trump?

Kathleen Frydl, a historian and the author of The Drug Wars in America, recently found that in nearly every Ohio and Pennsylvania county with high drug overdose rates, Trump’s share of the 2016 vote was 10 points higher than Romney’s in 2012, Clinton’s share was 10 points lower than Obama’s in 2012, or both. While the link between the drug epidemic and Trump’s popularity is circumstantial, “When you’re dealing with counties that have overflowing hospital parking lots, the message that America is already great doesn’t resonate with people,” Frydl says.

It’s not just overdoses: Trump overperformed in counties with high rates of “deaths of despair,” or deaths from alcohol, drugs, and suicide, according to research by Penn State sociologist Shannon Monnat. Counties with high despair death rates and high Trump turnout weren’t necessarily the poorest, but they were, generally speaking, financially worse off than they were a generation ago. “They’re places that have been experiencing economic downturn for at least the last three decades,” Monnat says. “There’s been a heavy loss in manufacturing jobs, natural resource extraction jobs—there’s a sense in these places that there’s been a dismantling of the American dream.”

Where are people most reliant on Obamacare for addiction treatment?

What has health advocates particularly worried is that the states with the highest overdose rates also rely the most on Obamacare. West Virginia, New Hampshire, Kentucky, and Massachusetts, have the first, second, third, and seventh highest overdose rates in the country, respectively, according to the Centers for Disease Control and Prevention. The rate of uninsured residents in those four states would roughly triple if the ACA were repealed.

What would repealing Obamacare mean for addiction treatment?

If Obamacare disappears, nearly 3 million Americans with addiction disorders would lose some or all of their health insurance coverage, according to recent research by Richard Frank and Sherry Glied, professors of health economics at Harvard and public service at New York University, respectively. Of those, about 222,000 would lose opioid addiction treatment.

Last December, in a rare moment of bipartisanship, Congress enacted the 21st Century Cures Act, which will allocate $1 billion over the next two years to expand access to opioid addiction treatment. But Frank and Glied estimate that repealing the ACA provisions that address substance abuse and mental disorders would take away at least $5.5 billion annually from the treatment of low-income Americans with mental health and addiction disorders. A one-time $1-billion increase in spending would “not even serve as much of a bandage,” they write.

Why is Obamacare a big deal for opioid treatment?

The ACA has been particularly important for those seeking addiction treatment, says Keith Humphreys, a Stanford University psychiatry professor who advised the Obama administration on drug policy. “It was designed to be very broad, but at the same time we knew that if there was anything that this would help a lot for, it’s addiction,” he says.

Before the ACA went into effect, a third of individual market insurance policies didn’t cover substance abuse treatment, including medications like buprenorphine that have proven critical to keeping former opioid users off of drugs. The ACA deemed substance abuse and mental health treatment to be essential health benefits, and now insurance plans are required to cover them. In states that expanded Medicaid, 20 percent of hospital admissions for substance abuse and mental health disorders were uninsured in 2013, before the bulk of the expansion provisions kicked in. By the middle of 2015, the uninsured rate had fallen to five percent.

In addition, Obamacare covers Americans who are are most at risk of becoming addicted to opioids: People with incomes below 200 percent of the poverty line have a 50 percent higher risk of having an opioid problem than people with higher incomes. Humphreys adds that most users start using heroin or pain-killers when they’re young. Since the ACA lets children stay on their parents’ health insurance until they’re 26, it’s easier for young users to access treatment.

Without the ACA, says Humphreys, “We’re back where we were before: bad access, low quality of care, and a lot of patients being turned away.”

What could Obamacare do better?

Apart from the ACA, there’s the more general issue that federal funding for addiction treatment and services has flatlined over the past decade, says Andrew Kessler, founder of health policy consulting firm Slingshot Solutions. Overall, states get about two thirds of their funding for addiction prevention from Department of Health and Human Services block grants—and given the rate of inflation, those grants have lost about a quarter of their purchasing power. Under Mick Mulvaney, the former representative from South Carolina who was confirmed as Trump’s budget director last week, “we’re bracing for a very austere budget,” says Kessler.

What will come after Obamacare?

Congressional Republicans have long promised to repeal Obamacare. Many proposals that Republicans have put forward, including Speaker of the House Paul Ryan’s “A Better Way,” would eliminate the requirement for insurance policies to cover essential benefits, including substance abuse and mental health treatment.

This has some GOP leaders worried. Ohio Gov. John Kasich, whose state has been hit particularly hard by the opioid epidemic, warned fellow Republicans in January about the implications of Obamacare repeal. “What happens to drug treatment, what happens to mental health counseling?” he asked. As Humphreys puts it, Republicans “ought to realize that they will really harm their own constituents pretty substantially if they took this away.”