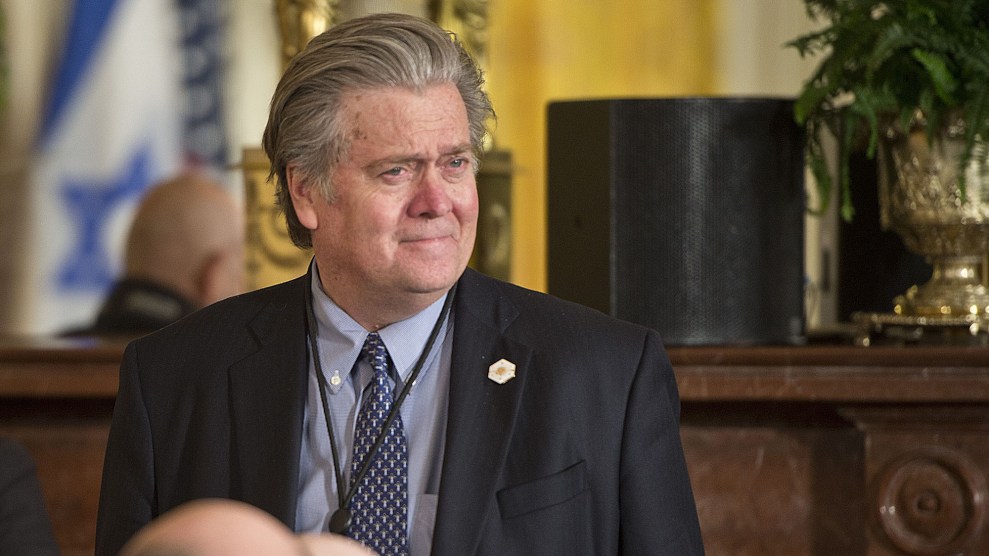 As they kick off their biggest conference of the year, leading conservatives from across the country can’t seem to figure out what to do about the alt-right, a movement with close ties to both white nationalists and the White House.

The annual Conservative Political Action Conference began Thursday morning outside Washington, DC, with a strange denunciation of the movement by the executive director of the organization behind the event. In a speech titled “The Alt Right Ain’t Right at All,” American Conservative Union executive director Dan Schneider said that the alt-right isn’t really a conservative movement at all. Instead, he said, “a hate-filled, left-wing fascist group hijacked the very term ‘alt-right.'” Schneider called the alt-right anti-Semitic, racist, and sexist.

“CPAC, we have been slapped in the face,” Schneider said. “There is a sinister organization trying to worm its way into our ranks. We must not be duped, we must not be deceived. This is serious business.”

It’s understandable why Schneider would want to distance CPAC from the alt-right. But his organization didn’t seem to mind associating itself with the movement when it created the schedule for this year’s conference. White House Chief Strategist Stephen Bannon is scheduled to speak early this afternoon, just a few hours after Schneider and on the same stage. During an interview with Mother Jones at the Republican National Convention last summer, Bannon proudly tied Breitbart, the media organization he was then running, to the movement Schneider called racist. “We’re the platform for the alt-right,” Bannon said.

One of this year’s keynote speakers at CPAC was supposed to be Milo Yiannopoulos, a former Breitbart writer who called himself a “fellow traveler” of the alt-right. That view didn’t seem to trouble the organizers of CPAC, who rescinded his invitation only after a video circulated online of Yiannopoulos saying he didn’t have a problem with pedophilia.

But CPAC still appears to be just fine with the media organization that serves as the “platform for the alt-right.” As he was denouncing the movement, Schneider spoke in front of a banner featuring the logos of the event sponsors—including Breitbart.