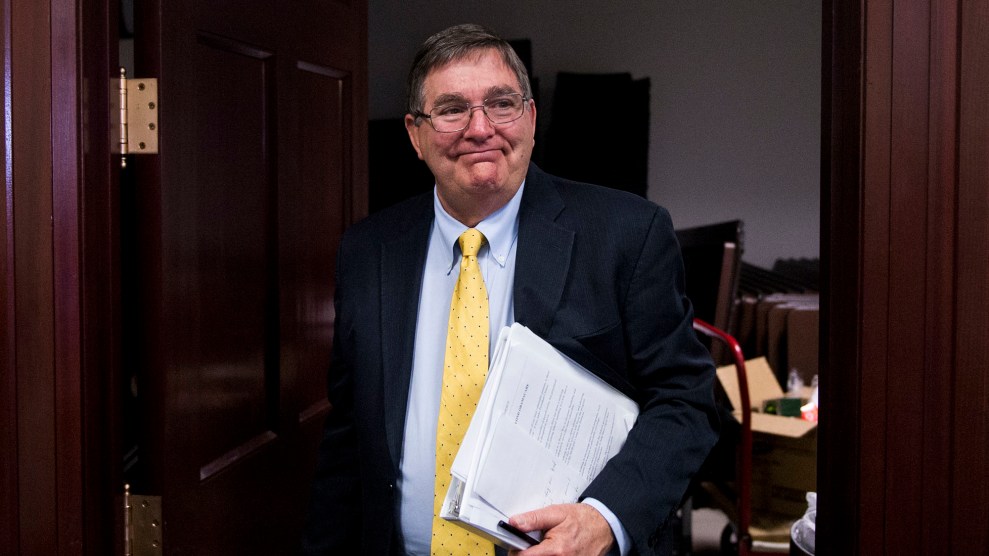 As Republicans try to balance their promise to repeal Obamacare with the health law’s increasing popularity, one GOP lawmaker employed a novel argument on Thursday: If fewer people are insured under the Republican replacement plan, that’s simply a sign of greater freedom.

For one of the central policy fights facing Congress, health care reform won’t get much discussion at the Conservative Political Action Conference, the annual Republican confab held just outside Washington, DC. The topic was scheduled for just one short panel Thursday afternoon. But given the way that discussion went, it’s understandable why organizers might not want to highlight the policy implications of their health care plans.

Rep. Mike Burgess (R-Texas), a doctor who sits on a House health subcommittee, told the conservative crowd that a reduction in the number of people with health insurance coverage shouldn’t be viewed as a negative. “If the numbers drop, I would say that’s a good thing,” Burgess said, “because we’ve restored personal liberty in this country, and I’m always for that.” Burgess seemed to imply that there are people who hate the idea of having health insurance but were forced to buy it because otherwise IRS agents would be “chasing [them] down” under the current law.

If Republicans do move forward with their efforts to tear down the Affordable Care Act, they’ll have to grapple with the consequences of a spike in the uninsured rate. Estimates suggest that 20 million people have gained insurance thanks to Obamacare.