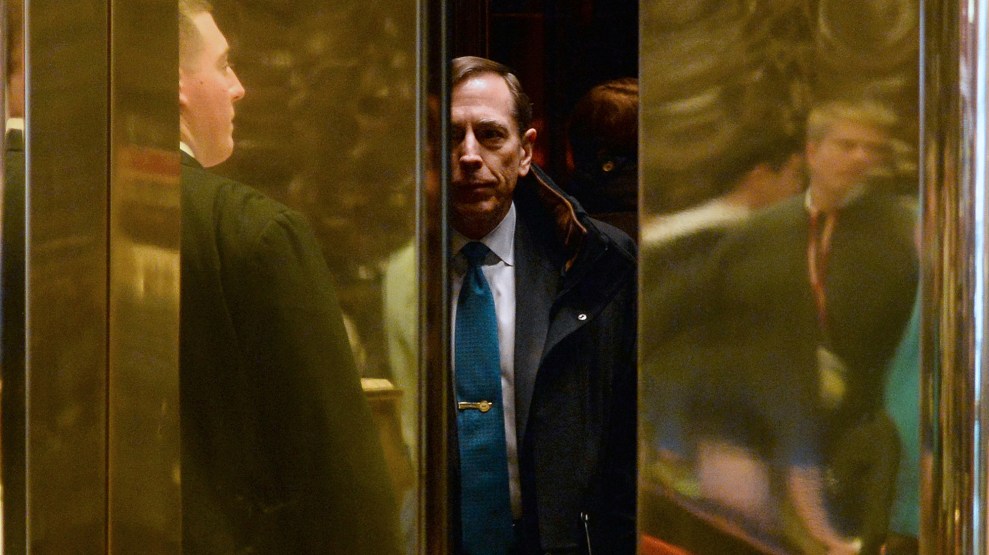 President Donald Trump has faced criticism from across the political spectrum after signing an executive order last Friday restricting travel from seven majority-Muslim countries. On Wednesday, one of Trump’s favorite military minds appeared to add his voice to the public condemnation.

General David Petraeus, a finalist for secretary of state in the Trump administration despite his disgraced exit from the CIA, told the House Armed Services Committee that broad-brush statements from Trump and others in his administration about Islam and Muslims complicate the fight against groups like ISIS.

“We must also remember that Islamic extremists want to portray this fight as a clash of civilizations, with America at war against Islam,” Petraeus said at a hearing on national security threats and challenges. “We must not let them do that. Indeed, we must be very sensitive to actions that might give them ammunition in such an effort.”

Trump’s executive order grew out of his campaign promise to implement a “Muslim ban.” It followed reports that the Trump administration was considering reopening CIA black sites, based on a draft executive order that replaced phrases like “global war on terrorism” and “jihadist” with “radical Islamic terrorism” and “Islamist.” This weekend, Trump also elevated adviser Steve Bannon by giving him a seat on the National Security Council’s Principals Committee. Bannon has said that Islam is a “religion of submission” and frequently hosted and praised guests on his radio show who disparaged Islam.

At Wednesday’s hearing, Petraeus also pushed back on Trump’s suggestions that NATO alliances might be weakened and Russian aggression tolerated. Trump has called NATO “obsolete” and has worried leaders across the world with his seemingly soft stance on Russia.

“Americans should not take the current international order for granted,” the retired general said. “It did not will itself into existence. We created it. Likewise, it is not naturally self-sustaining. We have sustained it. If we stop doing so it will fray and eventually collapse. This is precisely what some of our adversaries seek to encourage.”

Petraeus told the committee that “conventional aggression” may get US adversaries like Russia “a bit of land on its periphery,” but the real fight is more fundamental. “The real center of gravity is the political will of the major democratic powers to defend Euro-Atlantic institutions like NATO and the [European Union],” Petraeus said. “That is why Russia is working tenaciously to sow doubt in the legitimacy of these institutions and our entire democratic way of life.”