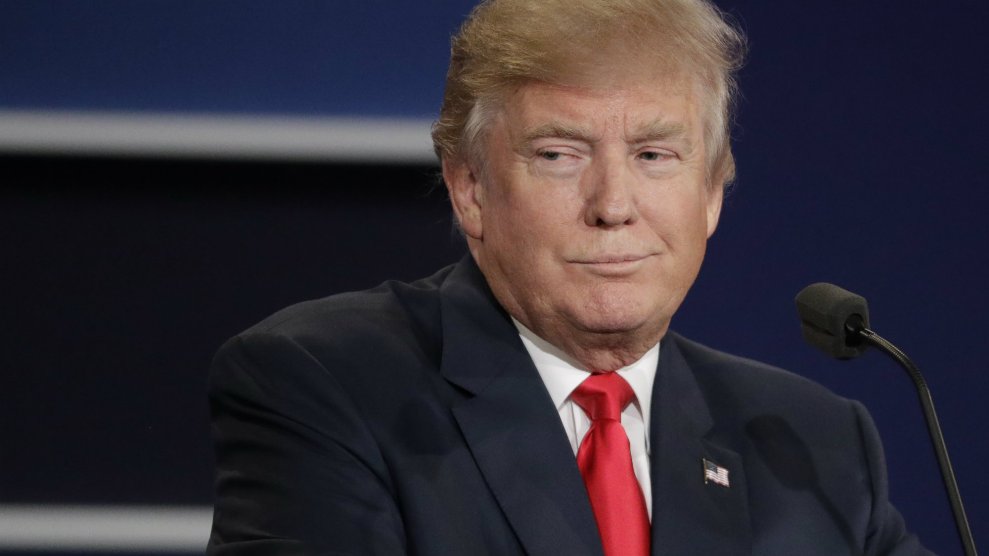 On Wednesday morning, President Donald Trump fired off a tweet attacking Nordstrom, saying that the department store has treated his eldest daughter, Ivanka, “so unfairly.” The tweet came just days after Nordstrom announced it would no longer sell Ivanka Trump’s clothing and accessories line; the company said the brand had performance problems, but the move came in the wake of a social-media campaign calling for a boycott of businesses selling Trump-branded wares. Shortly after Trump sent out the tweet from his personal account, it was retweeted by the official account for the president of the United States.

My daughter Ivanka has been treated so unfairly by @Nordstrom. She is a great person — always pushing me to do the right thing! Terrible!

Trump’s attack on Nordstrom is just the latest example highlighting the many conflicts of interest that tie together his business interests and the presidency. Trump has singled out companies before (he tweeted about the cost of Air Force One, manufactured by Boeing, which then saw its stock fall), but this time he set his sights on a business directly affecting his daughter’s own. “Knowing that he’s doing it just for his family’s business interest is disturbing,” says Jordan Libowitz, a spokesman for Citizens for Responsibility and Ethics in Washington. “The real question to ask,” he adds, “is how does it benefit Kushner?” While Ivanka Trump does not have an official role in the White House, her husband, Jared Kushner, is a top adviser to the president.

Norm Eisen, who is the chair of CREW’s board and a former White House ethics lawyer, stated that Trump’s tweet is grounds for a lawsuit.

Ethics lawyers have repeatedly called Trump’s attempt at separating himself from his businesses before taking office insufficient. In January, CREW filed a lawsuit against Trump for violating the Constitution on the grounds that he is receiving payments from foreign governments.