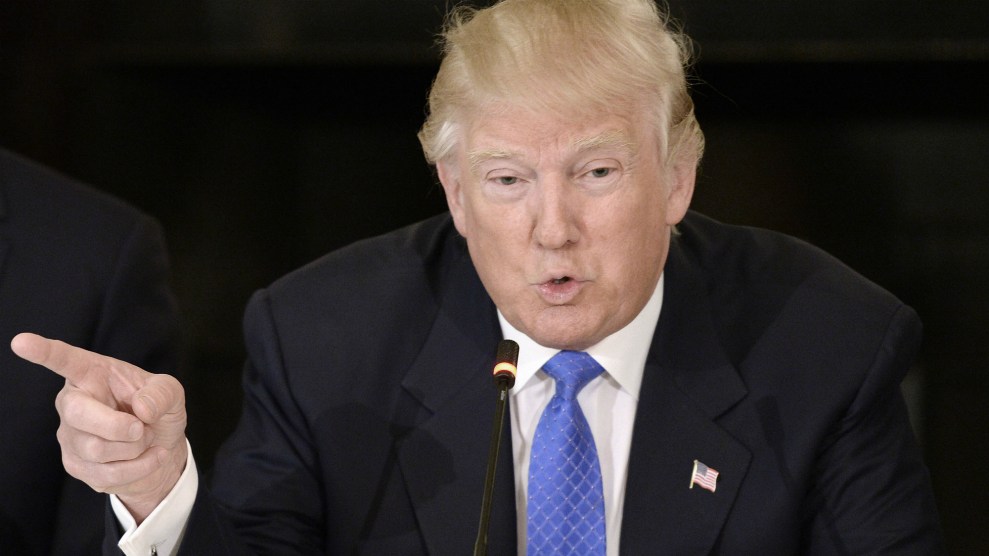 Update: The New York Post briefly interviewed Angela Chen who said she “was ‘not comfortable’ commenting on her purchase and how it could potentially help her business.”

New York City property records show that Xiao Yan Chen, the founder and managing director of a business consulting firm called Global Alliance Associates, purchased the four-bedroom, six-bathroom condo in Trump’s Park Avenue high-rise on February 21. Before taking office, Trump signed documents removing himself from the board of directors of Trump Park Avenue LLC, the entity that sold the unit, but he remains the LLC’s owner.

Chen, who also goes by Angela Chen, did not return multiple calls and emails requesting comment. Her company bills itself as a “boutique business relationship consultancy” for US firms seeking to do business in China. “For a select clientele,” the firm says that it “facilitates the right strategic relationships with the most prominent public and private decision makers in China.”

“As counselors in consummating the right relationships—quite simply—we provide access,” the company’s website claims. “Establishing a network of credible and proprietary relationships, known by the Chinese as ‘ghanxi,’ is the single most important aspect of initiating and sustaining a successful business venture in China.” A connection with Trump—even a fleeting one—could only help in the ghanxi department.

According to Chen’s bio on the Global Alliance website, she previously worked for Prudential Insurance, helping the company establish a private banking group in China, where she “developed and managed the Group’s high net worth private client base.” Before that, Chen’s biography says she worked at Merrill Lynch, where she ran the China Futures Trading Desk and counted as clients numerous state-owned companies, such as Sinochem, Ocean Shipping Group, and China National Nonferrous Metals.

Until Chen’s purchase, none of Trump’s major real estate properties had reported any major sales since he became president. The condo was never publicly listed for sale, although Chen lists her current address as a smaller apartment in the Trump Park Avenue building. (It’s unclear whether she owns that unit, which was last purchased in 2004 by an entity called Lancer Trust.)

According to Zillow.com, the penthouse unit Chen purchased last week has an estimated value of $14.3 million. Other penthouse units in the building have sold for comparable sums. One fetched $21 million.

The sale agreement for Chen’s penthouse was signed by Allen Weisselberg, the Trump Organization’s chief financial officer, whom Trump tapped to serve along with his sons on the three-person panel that will run his company while he serves as president. Weisselberg and a lawyer for Chen did not respond to requests for comment.