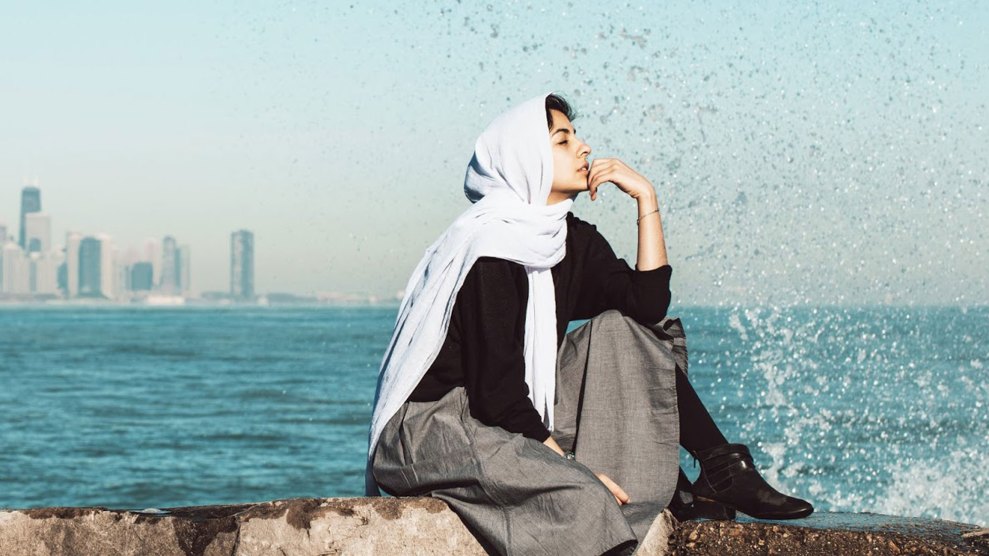 In sixth grade, Hoda Katebi decided she would start wearing the hijab.

It was a bold move. She’s American born, but her parents immigrated from Iran. Theirs was one of few minority families—let alone Iranian ones—in her small Oklahoma town. The September 11 attacks were only about five years in the rearview mirror, and her classmates were hitting the age when kids become more aware of the world—and of their parents’ political viewpoints, which in this case leaned pretty conservative.

One fellow student, after calling her “terrorist” all day at school, punched Katebi in the face.

To some of her schoolmates, Islam seemed scary, freakish. The hijab made Katebi a target for taunts, and worse. One middle-school student, after calling her “terrorist” all day at school, punched her in the face. A few years later, in high school, a peer pulled off her hijab, demanding to see her hair. Katebi never reported the assaults. She was convinced her teachers would look the other way rather than try and defend her. It was up to her to convince people around her that she was not to be feared, and that she largely shared their values.

In the wake of President Donald Trump’s executive order banning immigration from seven majority-Muslim countries (including Iran), Katebi, now 22, finds herself in the position of having to explain her culture to people all over again. Indeed, it’s part of her job. A year out of college, she heads up communications for the Chicago branch of the Council on American-Islamic Relations, which says Trump’s immigration order targets Muslims directly—despite the administration’s claims to the contrary. CAIR is working with lawyers and other civil rights organizations to help people who have been detained in airports or stranded overseas as a result of the ban.

But Katebi was working to bridge the gap between America and the Middle East long before CAIR hired her. In her hometown, people were always looking to her to speak on behalf of all Middle Easterners—on everything from the history of Islam to the Israel-Palestine conflict. Their questions compelled her to study up on Muslim history and culture so she could push back against her peers’ misguided views.

Continuing discrimination led her to develop a “don’t give a shit attitude” that later gave way to a healthier outlet for her frustrations. Recognizing the power of the hijab to dictate how people viewed her, Katebi became interested in the use of clothing as a political statement. So, the summer after her freshman year at the University of Chicago, she launched a fashion blog, calling it JooJoo Azad (“Free Bird” in Farsi). “Fashion is inherently and deeply political,” Katebi writes, and not many Americans understand just how complex and diverse fashion for Muslim women can be. She told me she wanted to “yell in a productive way” and tackle the nexus of clothing, Islam, and feminism—a topic she now lectures on. 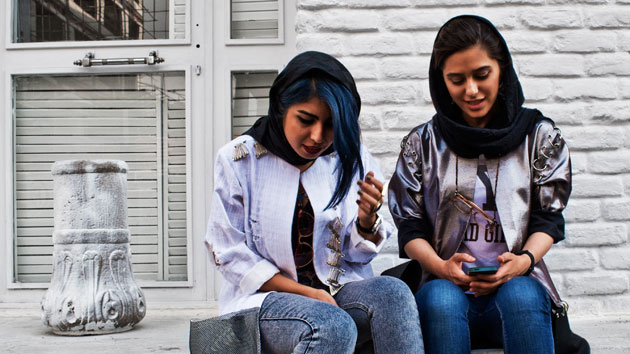 For her undergraduate thesis, Katebi chose Iran’s underground fashion scene, and she traveled to Tehran during the summer of 2015 to research the topic. The Iranian designers she met were trending toward traditional motifs and designs, but also creating pieces that technically violated the country’s Islamic dress code. Iranian law requires women to cover their heads and to dress modestly, usually keeping their torsos, waist area, and a good part of their legs covered with large, loose garments. Rules on acceptable colors fluctuate depending on who is in charge, as does the zeal of the Gashte Ershad (morality police), who enforce the rules. Punishments can range from a warning or a ticket to arrest, in extreme cases.

During her trip, as many Iranian women do, Katebi tested the limits of the dress codes. She found that the Gashte Ershad rarely enforced it, and that violations are common. One officer saw her wearing a tight crop-top shirt that only covered her torso. He simply yelled that she should “cover up,” and then he drove away, she recalls.

Alongside her thesis work, Katebi collected material for her 2016 book, Tehran Streetstyle. The designers wanted Katebi to expose their art to the rest of the world, and her Western blog audience was clamoring for a window into Iranian fashion. The result was a collection of images of a sort Americans seldom see—Iranian women clad in vibrant colors, with creative designs and trendy accessories. While Katebi and most of the designers she spoke with dislike the dress codes, their feelings are complicated. “There’s a level of resisting the hijab law, but also wanting to resist Western cultural hegemony that exists globally,” Katebi explains. 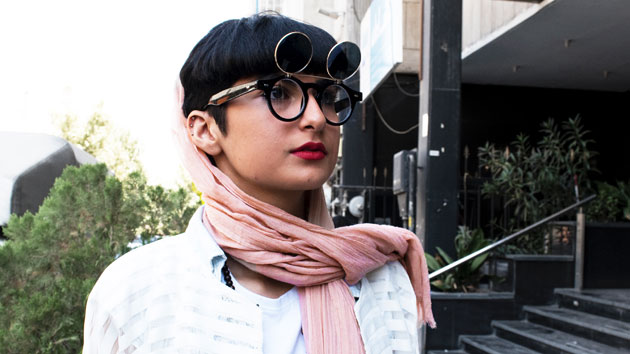 At a time when the US government is projecting a sinister view of Islam to the public, Katebi’s work pushes in the opposite direction, helping open-minded Americans appreciate the nuances and diversity in Muslim culture. It’s been a constant tug of war, and the fact that few Americans even bother to learn the basics of Islam before forming an opinion has not made her job easier.

In fact, the rhetoric of the 2016 campaign and beyond, combined with the recent attacks in Europe and the United States, have contributed to a notable resurgence of Islamophobia here. Hate crimes against Muslims spiked 67 percent in 2015, according to FBI data, and there have been many troubling incidents since the election. In late January, as the White House issued its immigration ban, a mosque in Texas was burned down and a gunman attacked the Quebec Islamic Cultural Center in Canada, leaving six people dead and five hospitalized. President Trump, Katebi says, continues to use the same divisive rhetoric against Muslims in the name of national security that leaders employed after 9/11. “Muslims are just recovering,” she says, “from the effects of what happened in 2002.”

Ever since Trump’s  immigration order, Katebi has been running on “water and Starbursts.”

At least 18 people were detained at O’Hare International Airport thanks to Trump’s executive order. Protesters—including Katebi and others from CAIR—flooded the airport with signs and chants demanding that detainees be allowed access to lawyers and that they be admitted into the country. A judge issued a stay to Trump’s order, but that injunction is temporary. Organizers are still scrambling to protect people left in limbo, including a friend of Katebi’s, a Stanford doctoral student who had to cancel his flight to the United States and now can’t get back to school. For Katebi, the past week has been a nonstop work frenzy. As she put it, she’s been running on “water and Starbursts.”

While she’s encouraged by the crowds showing up at the airport to protest Trump’s immigration move, Katebi has taken to her blog to challenge misconceptions even among Americans who support Muslim immigration. Consider the viral image of the woman clad in a stars-and-stripes hijab. The artwork was intended as a show of solidarity, but Katebi pointed out that it was the work of a white (non-Muslim) man—Shepard Fairey, the same artist who did the Barack Obama “Hope” poster—and noted that the woman who modeled for the poster does not normally wear the hijab.

She also made the point that, given the fraught history of American military actions in the Middle East, the image sends a decidedly mixed message. “I understand the good intentions,” Katebi wrote, “but my liberation will not come from framing my body with a flag that has flown every time my people have fallen. And I hope yours will not either.”

Please Keep Your American Flag Off My Hijab — my latest on JooJoo Azad: https://t.co/5uBbFbkVVS / #womensmarch pic.twitter.com/uneuw6ikce

As the Trump regime ramps up, Katebi is dreading the prospect of having to play teacher all over again. “Educating people on the very basics, like ‘Islam is a religion of peace; this is what I believe,’ it’s incredibly emotionally taxing!” she says. “Having to deal with all of that and be able to respond in a very polite, educational manner is harder than people think.”