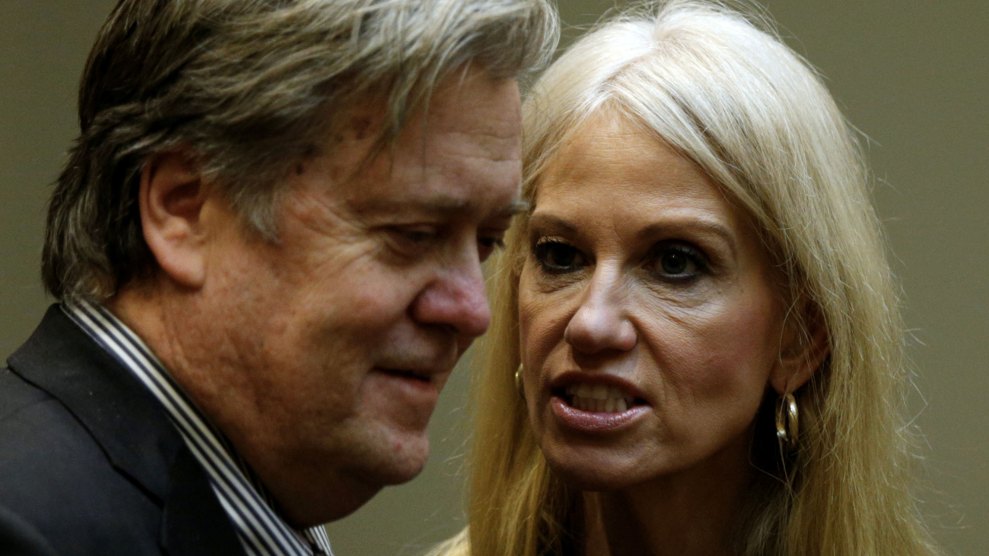 Conway not only retweeted the message but also wrote, “Love you back,” and wished her “Hapless Haters” a happy Valentine’s Day. 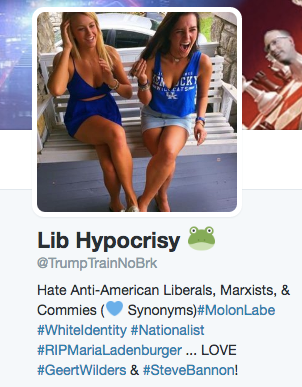 But there was just one problem: Lib Hypocrisy is an explicit promoter of white nationalism and other bigotry. This is evident from the account’s profile, which includes the hashtags “#WhiteIdentity” and “#Nationalist.” It features a cartoon image connoting Pepe the Frog, the adopted mascot of the racist “alt-right” movement, and a shout-out to Geert Wilders, the far-right Dutch politician who wants to shut down mosques.

These are some of Lib Hypocrisy’s recent tweets and retweets: 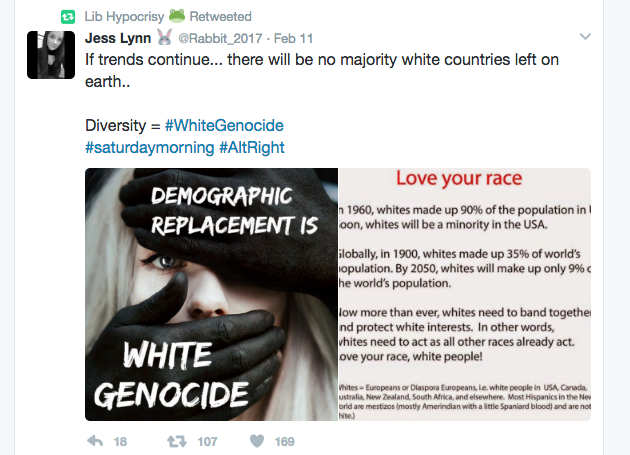 Asked about her retweet of Lib Hypocisy by BuzzFeed on Tuesday, Conway implied that she hadn’t been in control of her account at the time. She said she “obviously” had no idea who Lib Hypocrisy was, adding, “I denounce whoever it is.” The tweets were soon deleted.

Conway’s move continues a long-standing pattern of Trump and his inner circle engaging with white nationalists and then claiming ignorance when confronted about it—as Mother Jones documented in multiple investigations since last summer. Other such “mistakes” include:

Those are just the cases in which Trump and his backers have backpedaled. There are many other similar instances in which they haven’t even bothered to explain or apologize:

The most charitable interpretation of this behavior is ineptitude. Regardless, the result is clear: According to one study of 10,000 Twitter accounts that followed Trump, more than a third also followed the account of at least one prominent booster of white nationalism—a movement now widely regarded as having a direct line into the Oval Office.