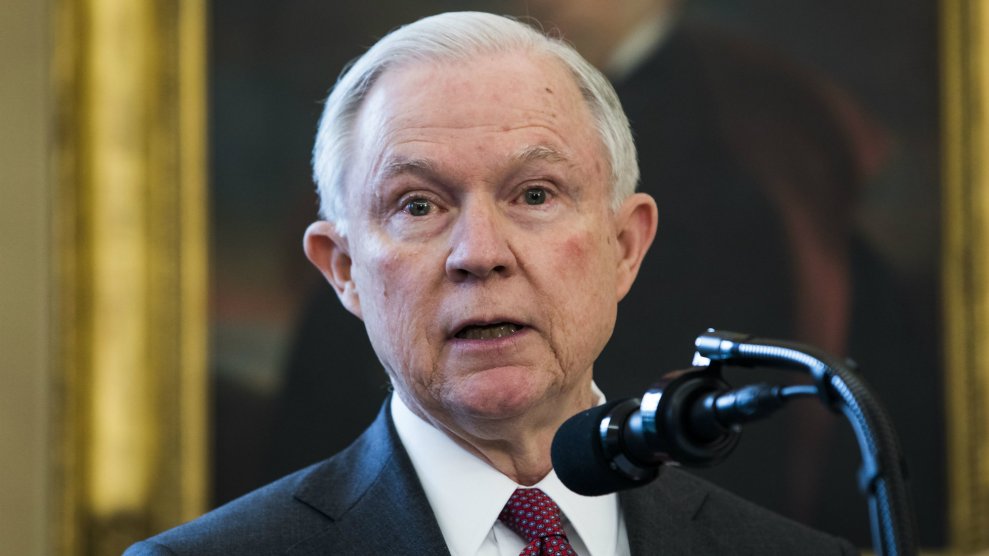 Attorney General Jeff Sessions acknowledged Monday that he hasn’t read the Obama-era Department of Justice reports on abuses committed by police departments in Chicago and Ferguson, Missouri. Sessions, who is now the nation’s top law enforcement official, said he’s only read summaries of the two reports, according to Reuters, and, apparently, he found no reason to read on. “Some of it was pretty anecdotal and not so scientifically based,” he commented.

“The fact that Sessions hasn’t even bothered to read those reports suggests to me that he has no interest in ensuring that law enforcement comply with the Constitution.”

The conclusions drawn by the DOJ following its investigation of the Ferguson Police Department were far from “anecdotal.” The report found that African Americans accounted for 93 percent of arrests made by Ferguson police despite being just 67 percent of the city’s population; that black residents were more than twice as likely to have their cars searched during traffic stops despite being more than 25 percent less likely to be caught with contraband than white drivers; and that some discretionary citations like “walking in roadways” were issued nearly exclusively to black people.

While the DOJ’s report on the Chicago Police Department didn’t include the same sort of of statistical analysis on racial disparities, it too was based on much more than scattered “anecdotal” evidence. Per the Chicago report, DOJ investigators “reviewed thousands of pages of documents” on the department’s “policies, procedures, [and] training plans, [as well as] Department orders and memos, internal and external reports, and more.” The DOJ also conducted hundreds of interviews with police officers, city officials, and community leaders and members. When the report was released, then-Attorney General Loretta Lynch told reporters that the abuses committed by Chicago officers disproportionately impacted residents of color. Here’s some of what the DOJ found regarding Chicago’s police force:

Jonathan Smith, an official in the DOJ’s Civil Rights Division under Obama, called Sessions’ admission that he has not read the Chicago or Ferguson reports “extremely troubling.”

“Chicago and Ferguson are two of the most important investigations done by the Civil Rights Division,” said Smith, who oversaw the investigations as head of the division’s Special Litigations Section. “The fact that Sessions hasn’t even bothered to read those reports suggests to me that he has no interest in ensuring that law enforcement comply with the Constitution.”

Sessions’ ignorance on the DOJ’s investigation into the Chicago Police Department apparently reaches beyond the content of the report, however. In January, Illinois Sen. Dick Durbin (D) told a reporter that when he met with Sessions that month, Sessions said he was not even aware that the Chicago Police Department was under investigation by the DOJ in the first place. The investigation was launched following the November 2015 release of video—which recieved national media attention—showing a Chicago police officer shooting a black teenager 16 times, killing him.

Sessions also said on Monday his department hadn’t yet decided whether it would pursue a consent decree with the Chicago Police Department mandating reforms—a process that had been initiated under the Obama administration. Before making that decision, it might help to read the DOJ’s report on the matter.