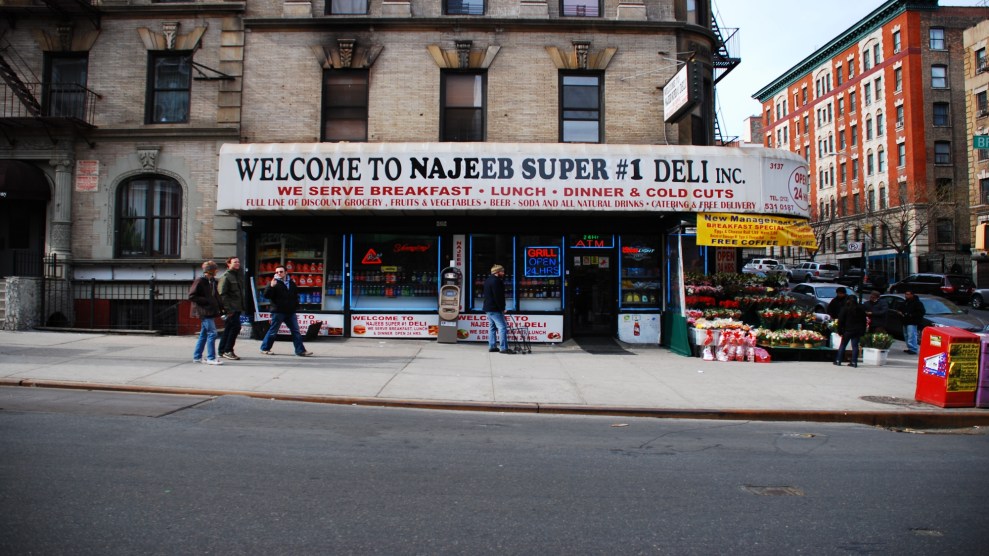 In an unprecedented move, bodegas across all five boroughs shut their doors at 12 p.m. and will remain closed until 8 p.m.

the guys at my corner bodega keep this place open 24/7, including holidays. not today. #BodegaStrike #NoBanNoWall pic.twitter.com/qDRBopXPwH

There are 4,000 to 6,000 Yemeni-owned grocery stores in the New York area, according to Debbie Almontaser, a member of the Muslim Community Network and an organizer of the shutdown, told DNAinfo. Organizers estimate 1,000 shut their doors today in protest.

.@realDonaldTrump‘s order is the reason you can’t get your egg sandwich for lunch. #MuslimBan #BodegaStrike pic.twitter.com/OGfZnlAoGE

The grocery store shutdown comes after a similar demonstration last Saturday night, during which cabbies of the New York Taxi Alliance halted service to JFK Airport for one hour in protest.

Organizers and protesters will come together this afternoon at Brooklyn Hall for a public call to prayer and to rally against Trump’s executive order.