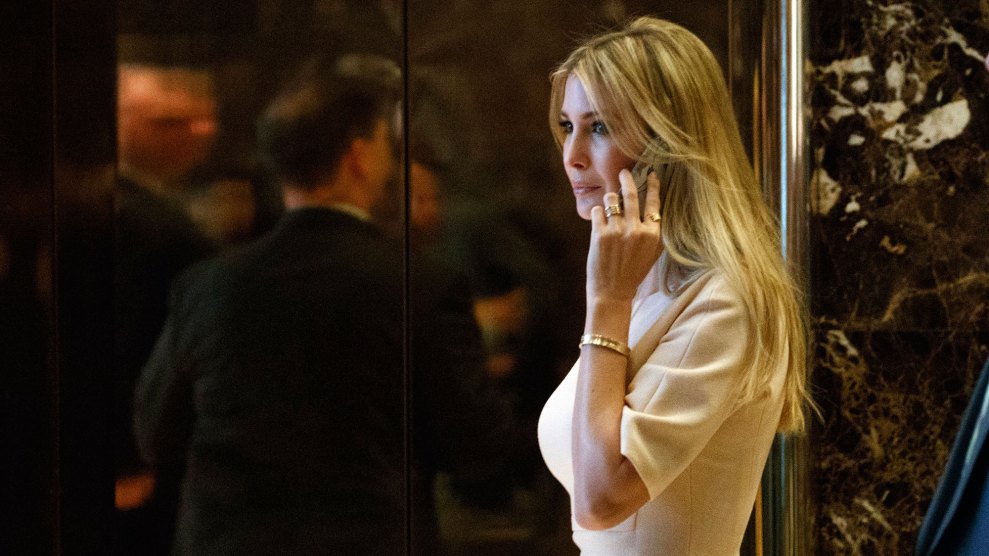 Modern Appealing Clothing, with its unremarkable front entrance cut into a drab tan building on San Francisco’s Grove Street, is easy to ignore. But step inside, and you begin to discern the store’s many treasures: dresses and coats with exotic patterns, neon-ball adorned pillows in the shape of abstract faces, free-form paintings of googly-eyed swans, bookshelves not with volumes of verse but glass heads, and hand-printed posters decorate the space. Enlarged artistic replicas of a honey-colored suit and a flowered sundress loom above the clothing, like ghostly disembodied giants.

Ben Ospital, his sister Chris Ospital, and their mother, Jeri Ospital, founded the “fashion-forward” boutique in 1980. In its two San Francisco stores, clothes by well-known designers such as Comme des Garcons and Dries Van Noten hang next to small, independent labels. Their reputation for cutting-edge style secure, the Ospitals are also known as staunch supporters of arts and social justice nonprofits in the city.

And on March 16, the Ospitals broadened their portfolio by suing Ivanka Trump’s clothing line for what they say is its unfair competition with clothing boutiques around California. In a class-action suit filed in San Francisco County, Modern Appealing Clothing (also referred to as MAC) claims that Ivanka Trump Marks LLC—which sells business casual attire, dresses, and accessories at department stores like Bloomingdale’s and Dillard’s nationally and in California—has gained an unfair advantage now that Ivanka’s father, Donald Trump, is president. Since the election, the plaintiffs assert, Ivanka Trump’s brand and its employees have exploited “the power and prestige of the White House for personal gain.”

The complaint also claims that the president himself has used his power to help Ivanka’s brand thrive—for example, by publicly condemning Nordstrom after the retailer dropped the line. (A Nordstrom spokeswoman quickly clarified that the decision to drop Ivanka Trump’s brand was “based on performance.”) White House counselor Kellyanne Conway also endorsed Ivanka Trump’s products in an interview on Fox News—from the White House briefing room, with the White House insignia visible behind her.

These promotional activities magnify the unfair advantage Ivanka Trump LLC gained when its founder—who has since left her post running the company and transferred its assets to a trust controlled by her relatives—started “working for the president of the United States,” the plaintiffs state. As the Washington Post reports, Ivanka disputes the assertion that she technically works for her father, but she has both a security clearance and an office in the White House. Between January and February, from Trump’s inauguration to his first months in office, the Ivanka Trump clothing line’s sales shot up 346 percent. Since February, the brand has enjoyed “some of the best performing weeks” in its history, a spokeswoman said in mid-March. Some of those sales are unfair profits at the expense of other California boutiques, argue the MAC plaintiffs, who seek a court order that would stop the allegedly unlawful promotional behavior. A spokeswoman for the Ivanka Trump brand declined to comment.

It’s not exactly clear why MAC’s owners felt that they should be the ones to file the suit against Ivanka Trump; neither they nor their lawyers would comment about the subject for this story. But theirs is only the latest chapter in a long line of controversies surrounding the Trump family’s business entanglements. Earlier this month, as my colleague Russ Choma reported, the owners of Cork Wine Bar in Washington, DC, filed a lawsuit alleging that the nearby Trump International Hotel has an unfair competitive advantage in its ability to attract lobbyists and interest groups hoping to curry favor with the president. “We feel the president of the United States owning restaurants, promoting restaurants, is unfair and to the detriment of other restaurants,” one of the plaintiffs told Choma. The MAC lawsuit echoes this sentiment: “My clients just want an even playing field,” R. Michael Lieberman, the Ospitals’ attorney, told Courthouse News Service.

But the Ospitals aren’t the most unlikely candidates to spearhead such a confrontation either. Located in San Francisco, they are business owners in a progressive city in a state that’s increasingly establishing itself as an anti-Trump stronghold. Growing up in Stockton, California, “we all had a radical streak,” Ben told the San Francisco Chronicle in 2016. “At 12, I was making signs for United Farm Workers protests.” After the Ospitals opened the boutique’s first location in San Francisco’s Tenderloin neighborhood, art collector Dodie Rosekrans and even Madonna paid visits. (During her “Like a Virgin” tour, “she bought a bra out of patchwork fabric,” Ben told the Chronicle.) The director, John Waters, claims MAC is his favorite clothing store; the owners have this “status-free, age-free concept of fashion,” notes journalist Cintra Wilson. The Ospitals have been involved with California College of the Arts, and have for many years displayed work by artists from Creativity Explored and Creative Growth, organizations that work with adults with developmental disabilities. 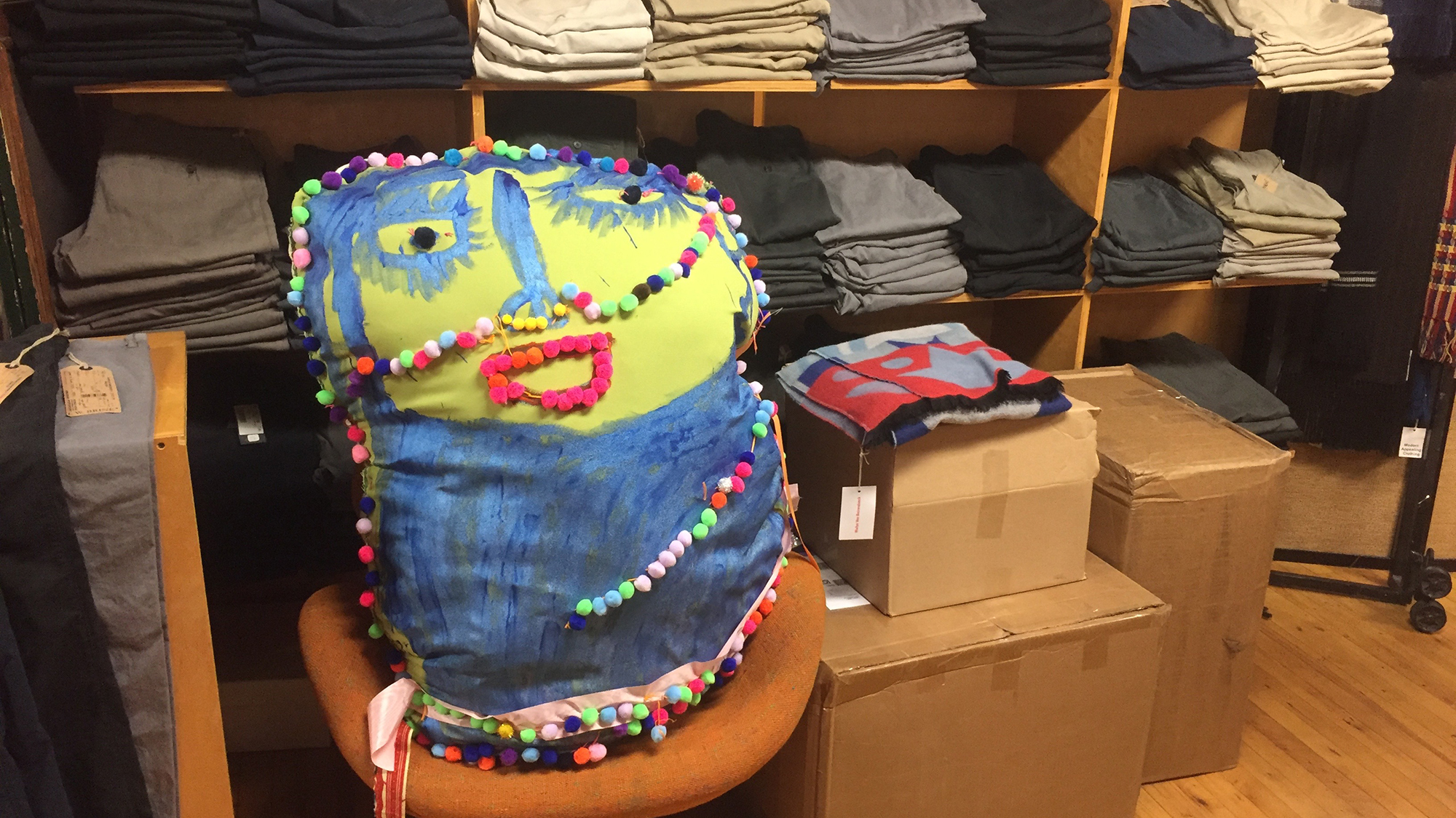 A pillow made by an artist from Creative Growth, pictured at Modern Appealing Clothing

The Ospitals say that since they filed the suit, they’ve received lots of support. But that won’t tip the scales in court: California attorney and law blogger Kent Schmidt, who specializes in unfair business practices, wrote in his blog, LeftCoastLaw, that he is “doubtful that the lawsuit will survive a motion to dismiss.” It will be tricky to prove that Ivanka Trump Marks LLC or its employees “engaged in this allegedly ‘unfair’ business practice as opposed to merely benefiting from ill-advised comments of others,” he wrote.

University of California–Berkeley law professor Prasad Krishnamurthy sees a little more hope. California business code prohibits unfair competition under illegal, unfair, or fraudulent acts. Since the federal ethics code restricts government officials from making commercial endorsements, the MAC lawsuit could hinge its argument on the premise that Ivanka Trump’s agents in the White House broke the law in promoting her products. Krishnamurthy adds that the remedy for the MAC lawsuit is fairly limited, which might mean a judge could interpret “unfair” pretty broadly in this case. Whatever the outcome, the suit is “symbolic in a way,” Krishnamurthy says.

Shirley Juster, a tall woman in a leopard jacket and not a strand of hair out of place in her honey-colored bob, has been shopping at MAC for 30 years. The first thing she purchased was a “sculpted terrycloth bathrobe”; since then, she’s tried to buy at least one or two pieces from the store every season. Upon learning of the Ospitals’ lawsuit this week, “I felt I should come in and say hello and let them know I appreciate their efforts,” she said, turning to examine a black wool sweater with fluttery sleeves on the racks. 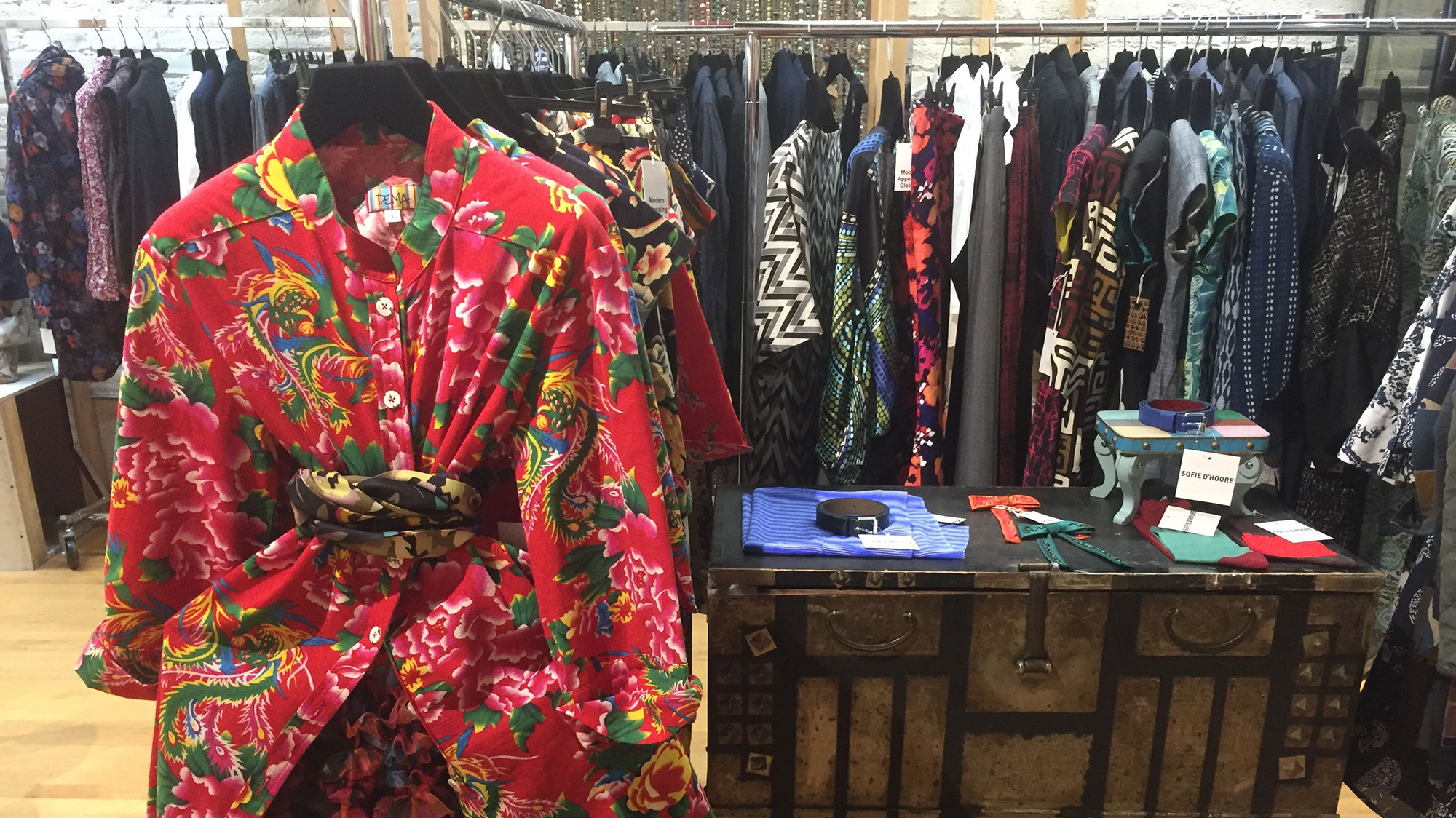