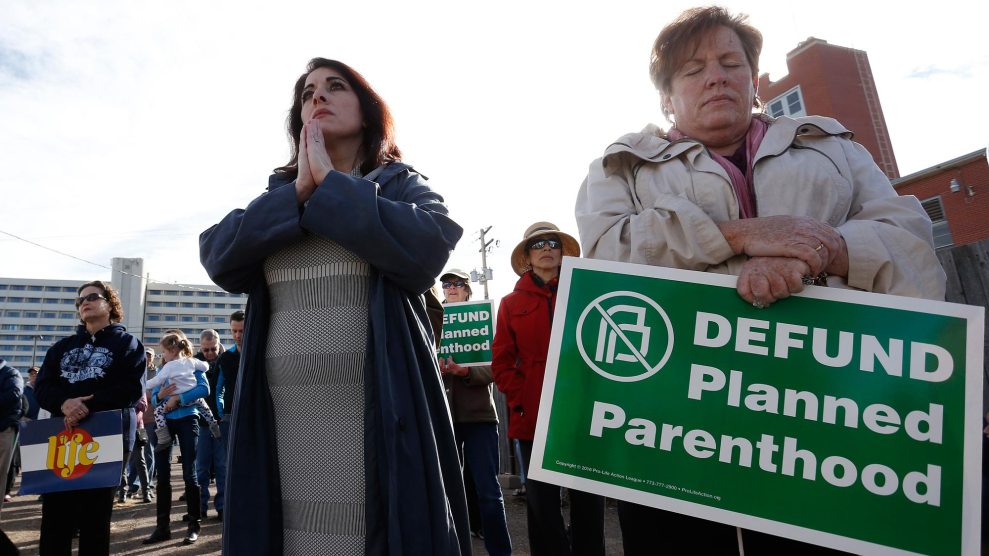 On Monday, the Congressional Budget Office released its analysis of the American Health Care Act, the plan Republicans proposed to replace the Affordable Care Act. The results do not bode well for low-income Americans, showing that an additional 24 million people would become uninsured by 2026 if the bill is enacted. And women on Medicaid who are seeking contraceptive care will lose that care in enormous numbers.

The reason is that the Trumpcare proposal defunds Planned Parenthood for one year by prohibiting patients from using their Medicaid coverage at clinics run by the women’s healthcare provider. “To the extent that there would be reductions in access to care under the legislation, they would affect services that help women avert pregnancies,” the report notes, adding that the people most likely to lose access to their contraceptive care would “probably reside in areas without other health care clinics or medical practitioners who serve low-income populations. CBO projects that about 15 percent of those people would lose access to care.”

CBO predicts that restricting access to contraceptive care will then have a domino effect. It would lead to several thousand more births to Medicaid patients, and, in turn, a number of those children will themselves qualify for Medicaid. The additional tab for Medicaid? About $21 million in 2017.