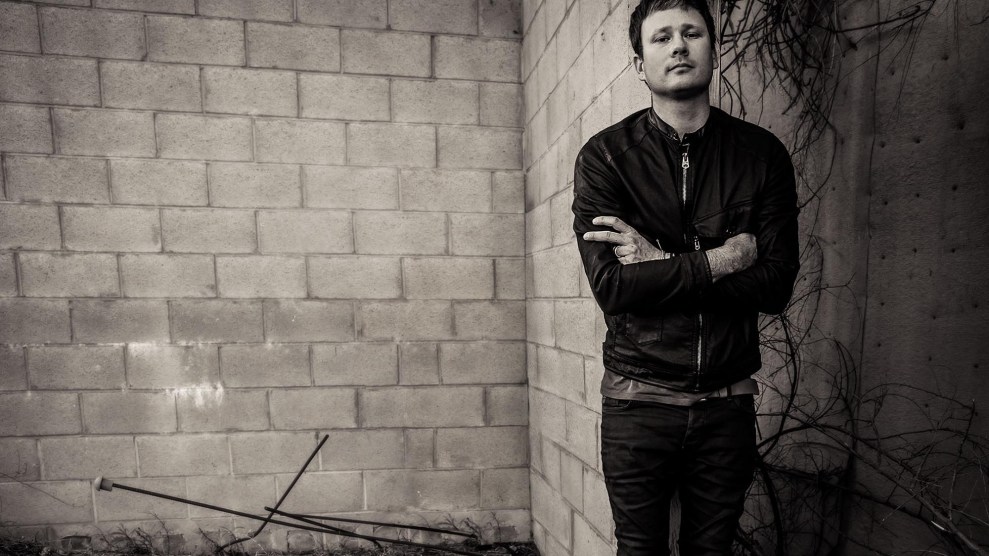 One little-discussed aspect of the hacked emails from the 2016 presidential campaign was the interest that John Podesta, Hillary Clinton’s campaign manager, had in extraterrestrial life. As a self-described “curious skeptic,” Podesta has openly called for greater government transparency on UFO-related matters. In his forward to UFOs: Generals, Pilots, and Government Officials Go on the Record, a 2011 book by journalist Leslie Kean, he wrote, “The American people—and people around the world—want to know, and they can handle the truth.”

After hackers working at the behest of the Russian government accessed Podesta’s Gmail account and shared his emails with WikiLeaks, according to the US government, WikiLeaks, in turn, released more than 50,000 of them over the course of several weeks. Among the revelations were details about campaign strategy, Podesta’s tips on preparing the perfect risotto, and a cache of his correspondence with entrepreneur, author, and rock star Tom DeLonge. DeLonge is best known as a founding member of the multiplatinum pop-punk band Blink-182 (with whom he had a falling out in 2015). He’s busy with his other band, Angels and Airwaves, but it was the work of his Encinitas, California-based company, To the Stars, that he discussed in his correspondence.

DeLonge describes To the Stars as an “independent multi-media entertainment company” that explores “the profound, yet unresolved mysteries involving science and the universe,” an interest he shares with Podesta. In one October 2015 email from DeLonge, with the subject line, “Important things,” the rock star offered to set up a meeting with “important” figures within the military industrial complex. He suggested Podesta might find them “very interesting” because they were in “principal leadership” roles on “our sensitive topic.”

DeLonge explores the “sensitive topic” in his new book, Sekret Machines: GODS, co-written with Peter Levenda. It’s the second in a series of works that has the lofty goal of changing the way humanity views its place in the universe. The book treats extraterrestrial life and its influence on human events as a given, and explores the roots of religion and mythology through that lens. DeLonge is also shooting a feature film on the subject and plans years worth of additional books and other multimedia related to it. Mother Jones caught up with DeLonge recently to discuss his book, To the Stars projects, and other “sensitive” topics.

Mother Jones: What was it like when you saw all your contacts with John Podesta spill out as part of WikiLeaks?

Tom DeLonge: It was a terrible thing that happened. I was not planning on that, obviously, nor was anybody else on this conversation. You’re dealing with national security when you deal with this subject matter. It is the single most sensitive and dangerous topic, for a variety of reasons. So when a leak like that comes out, it’s not a good thing.

MJ: A lot of people who never got a response were reaching out to Podesta. Why did he seem to take you seriously?

TD: For the same reason the other groups of people within the DOD and military and intelligence committee took me seriously: Because I knew my material. I went in there with a lot of humility and respect. WikiLeaks was an illegal hack, so I can tell you that there were many, many conversations, and that’s all I’ll say. But I’m not going to talk about who was on those and what we talked about. After the WikiLeaks issue and how busy he was with the presidential election, I didn’t really bother him anymore.

MJ: Mirage Men was a book and documentary about the history of the US government seeding various stories on extraterrestrials and other unexplained phenomena in order to cover for entirely human military projects. Do you ever worry that you’re being used to deliver untrue stories?

TD: I think they’re using me, absolutely, because I can help. But I don’t think they’re using me for any kind of misinformation, absolutely not, and I’ll tell you why. It took me a year to reach three groups of people in various stovepipes of the government…that were in charge of this subject matter, not only in terms of engineering, but in terms of intelligence and military. They all said the exact same thing, the exact same story, and that’s what’s so important about what I’m doing with the Sekret Machines franchise. The reality is if the president and Congress aren’t going to have congressional hearings and have an open statement, then the next best thing is a $100 million movie with a $100 million in marketing, with an international release, and having that happen every couple of years with nonfiction books and documentaries. Then you kind of get an awareness going, a conversation going. That’s what I’m doing. 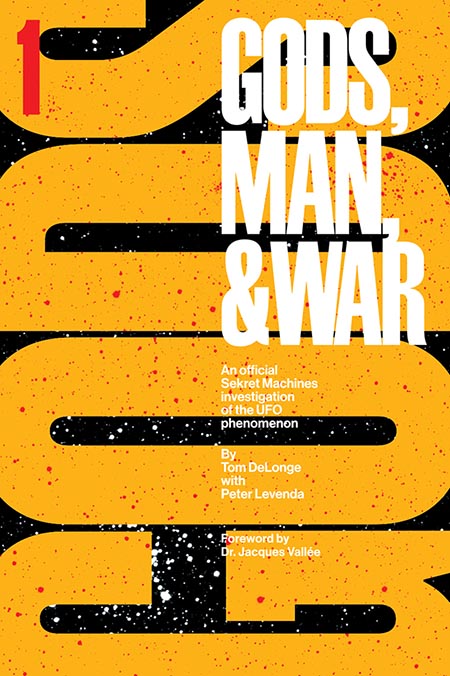 TD: Yeah. It will go on for a very long time—most likely it won’t be restricted to only three novels or three nonfiction books. It will be multiple nonfiction books, multiple historical fiction novels, multiple major feature films, and multiple documentaries. That’s the goal. It will take us many years to do all that, but it’s something or multiple things happening every year in regards to that architecture. Think of it like the way they do Star Wars or Marvel films. It’s an entertain-and-educate model. So you can watch a future film and go, “Wow, I never thought of it that way. I never thought that could be real. Seriously, what’s the story behind this?” Then they go buy some nonfiction or watch a documentary.

“Everyone wants to pin it down to aliens and flying saucers from other planets. And that’s not the truth. That’s almost like taking someone’s quote out of context.”

MJ: The most recent release, Sekret Machines: Gods, came out March 7. What is the takeaway from that book?

TD: The entire series is setting up a foundation of how to understand the enormity of the subject matter. Everyone wants to pin it down to aliens and flying saucers from other planets. And that’s not the truth. That’s almost like taking someone’s quote out of context. The idea of where consciousness and quantum physics collide is where you’re going to find a lot of the unidentified aerial phenomena. It has to do with human consciousness, spirituality. It has to do with religion. So Gods, the first book, is setting up a foundation for people to understand that the human race is akin to what is known as a “cargo cult,” [which] started in World War II with indigenous tribes. Planes would come in and drop cargo for the troops. [The tribes] had never seen anything like that before. They never even had contact with the outside world. But they saw these planes and created a religion based on them. They worshipped it, hoping that these gods would drop off cargo to them. In the book Gods, we’re trying to set up a foundation so people can understand that all the religions of the world are a form of a cargo cult. And it all relates to seeing things in the sky and supernatural contact.

MJ: Are you at all worried this will be seen as an attack on faith?

TD: I’m not worried about it but understand that it will happen. I grew up in a Christian family. My mom was a nondenominational Christian—you know, baptizing everybody, all that kind of stuff, singing songs on Sunday. I was forced to go to church for so long, and it wasn’t until I traveled the world, when I was in the Middle East and reading about all the different religions in the world, that I thought, “Wow, something’s kind of funky with my religion.”

MJ: In one of your emails to Podesta you said that this project is about changing the cynical views of youth toward government. Can you elaborate on that?

TD: Over a long period of time, the government has had to do things routinely in regards to this subject matter, and they consistently lied because the government couldn’t define an issue as sensitive as this. So young adults grew up with the internet and found out that these things were real. But the government had to keep lying about it but never came out and explained why. The problem is, now you have this huge population of people becoming adults who just think that government is full of lies all the time.

MJ: So you’re starting work on a film?

TD: We’ll start filming in the fall. Everyone thinks this movie is about skateboarders and UFOs. It’s not. It’s a coming-of-age thriller, comedy, adventure, very Spielberg in its architecture, but attacking some of the big niche paranormal subjects. I think it’s way more like The Goonies than it is anything else. 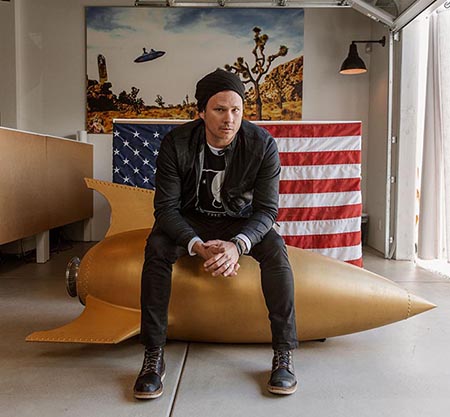 TD: My whole life has been completely about being underestimated. I remember when Blink signed to a major label, and we had a debut party for the signing. No one came to party, only the guy that signed us. And I remember sitting there, like, “Shit, no one likes this.” I remember on the first label we signed on to, the owner of the label made a bet that we wouldn’t sell more than 3,000 records. And that record went on and sold [millions].

You’ll always see me doing things that I have no business doing. Whether it’s directing a major motion picture or meeting with the most important people in government and dealing with the biggest subjects on Earth. The story of the millennia. These are things I aspire to tackle. It doesn’t mean I’m going to win on all of them, but God damn, it looks like I’ve got a pretty good shot at it.