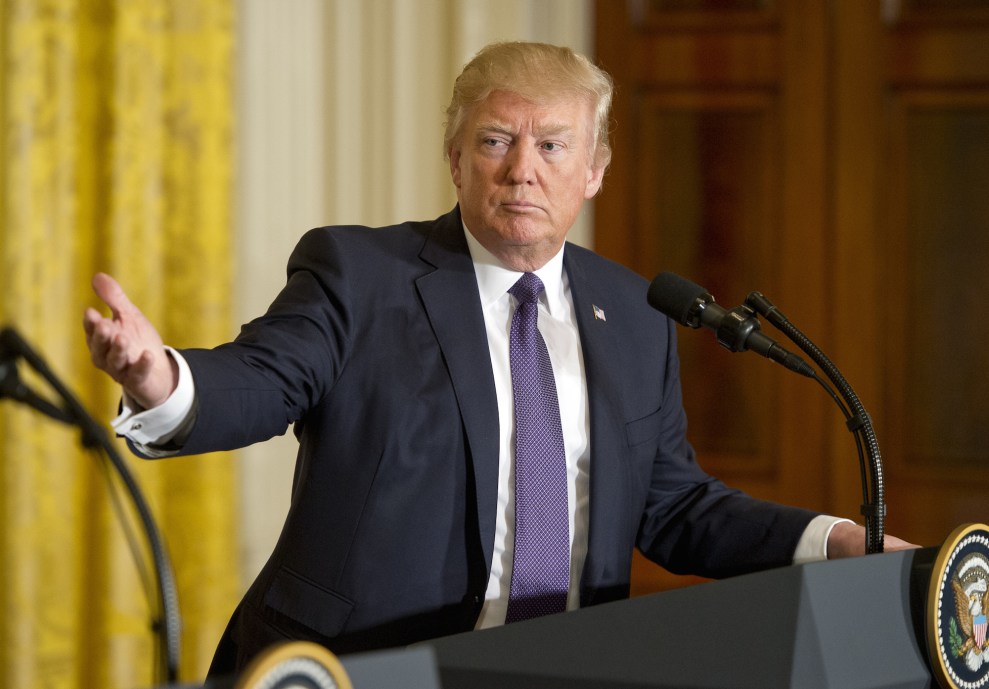 Update, 4/13: On Thursday, President Trump signed this bill into law, officially allowing states to withhold public funds that pay for contraception and other non-abortion services from providers who also offer abortions. “We should build on the tremendous progress made in this country with expanded access to birth control, instead of enacting policies that take us backward,” Planned Parenthood Executive Vice President Dawn Laguens said in a statement.

Vice President Mike Pence and a Republican senator recovering from surgery were whisked onto the Senate floor on Thursday to help advance legislation that would allow states to withhold federal family planning funds from health care providers who also offer abortions, including Planned Parenthood.

Two Republican senators, Susan Collins of Maine and Lisa Murkowski of Alaska, voted against the bill, leaving it with just 49 votes. Sen. Johnny Isakson (R-Ga.), who had been recovering from back surgery at home in Georgia, arrived at the Capitol to cast the 50th vote. That resulted in a tie that allowed Pence to cast the tie-breaking vote on a procedural motion on the bill, which can now advance to a final vote.

The bill would overturn an Obama administration rule that prohibits states from withholding federal family planning money from abortion providers like Planned Parenthood. The use of federal funding for most abortions is already illegal thanks to the Hyde Amendment, a budget rider first passed in 1976. The Obama-era rule protects funds for health care services like contraception, cancer screenings, and annual gynecological exams for low-income patients.

“Mike Pence went from yesterday’s forum on empowering women to today leading a group of male politicians in a vote to take away access to birth control and cancer screenings,” said Dawn Laguens, executive vice president of the Planned Parenthood Federation of America, in a statement. “Four million people depend on the Title X family planning program, and this move by DC politicians would endanger their health care. This would take away birth control access for a woman who wants to plan her family and her future.”

Last month, the House voted to approve its version of this measure. If the Senate passes the bill, it will move to President Donald Trump’s desk for his signature. On the campaign trail, Trump repeatedly promised to defund Planned Parenthood.