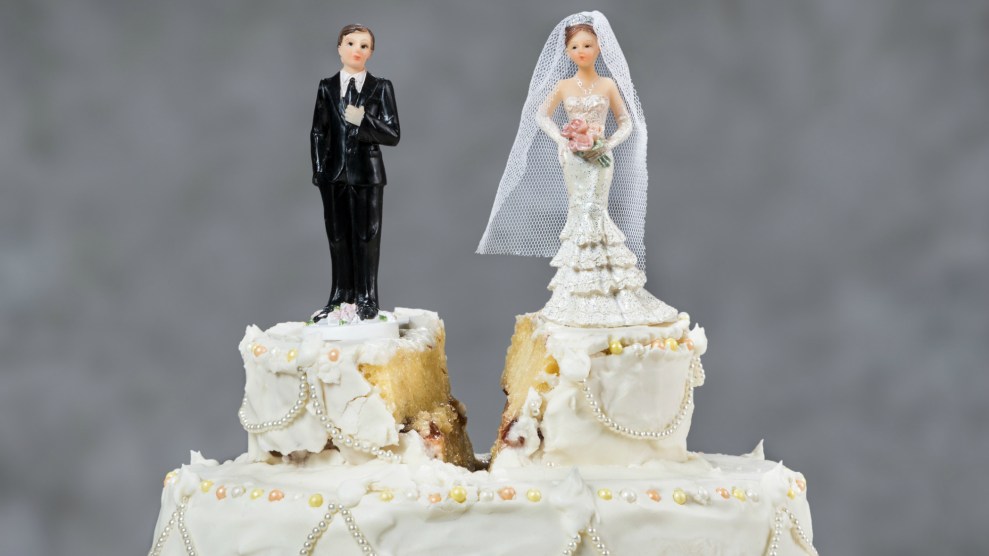 There are several grounds for divorce in Mississippi, including impotency, adultery, and even “habitual drunkenness.” But domestic violence is not one of them, and it won’t be anytime soon, after recent legislative efforts to add spousal abuse to Mississippi divorce law failed in a state House committee on Tuesday.

Battered spouses in Mississippi often argue that they have suffered “habitual cruel and inhuman treatment,” which qualify as grounds for divorce under state law. Domestic violence advocacy groups in the state say that the “habitual” standard requires a high burden of proof of recurring violence. But many cases of abuse, which often occur in private, are unable to meet this standard unless there is photographic evidence or a witness. Advocates also argue that the current law does not sufficiently cover spouses dealing with emotional or financial abuse.

In order to address these problems, Republican state Sen. Sally Doty introduced a bill earlier this year that would add domestic violence to the 12 grounds for divorce available in the state. The bill passed the Mississippi Senate by an overwhelming margin and seemed poised for an easy victory in the House. But when the bill arrived in Mississippi’s House Judiciary Committee, Chairman Andy Gipson, a Republican, quickly objected.

Gipson argued that the measure did not clearly define what constituted domestic spousal abuse and suggested the addition would lead to a sharp uptick in divorces in the state. “To me the way it’s worded could possibly be interpreted that if someone raised their voice at their spouse, is that domestic assault?” he asked, according to the Clarion-Ledger. “If that’s the case, then a lot of people would have a ground for divorce in Mississippi.”

According to local news outlet Mississippi Today, Gipson, who is also a Baptist pastor, said that at a time when “we need to be adopting policies that promote marriage and people sticking together, I have some serious concerns about opening the floodgates any more than they already are. I think the floodgates are already open and this just tears the dam down.”

Mississippi state law prefers that both parties agree to end a marriage, allowing couples with a mutual desire for a divorce to cite “irreconcilable differences” and move forward in the process. But when one party refuses to accept the divorce, things can become complicated. In those cases, the person seeking to end the marriage must reach an agreement with his or her spouse on the terms of the divorce or claim one of the grounds provided under state law. The final decision to grant the divorce is left to the courts.

This is the second time in two years that an effort to add domestic violence to Mississippi’s divorce laws has failed. Last year, a similar measure, also introduced by Doty, died in the state Senate after other new grounds for divorce were added to the bill.

Gipson has declined to consider at least one other divorce law proposed this year: He refused to advance a bill adding extended separation to the grounds for divorce. His actions suggest that few divorce proposals would ever win his support. “If there’s a case of abuse, that person needs to have [a] change of behavior and a serious change of heart,” Gipson said yesterday. “Hopefully even in those cases restoration can happen.”

Update, 8:52 p.m. EST: In a statement posted to Facebook, Gipson defended his decision to scuttle the domestic abuse bill, citing the “cruel and inhuman treatment” standard as sufficient protection for abused spouses. “The law already provides a clear way out of a marriage for victims of domestic abuse, without the need for another bill,” he wrote. “To deny this reality is to ignore the current state of Mississippi law.”