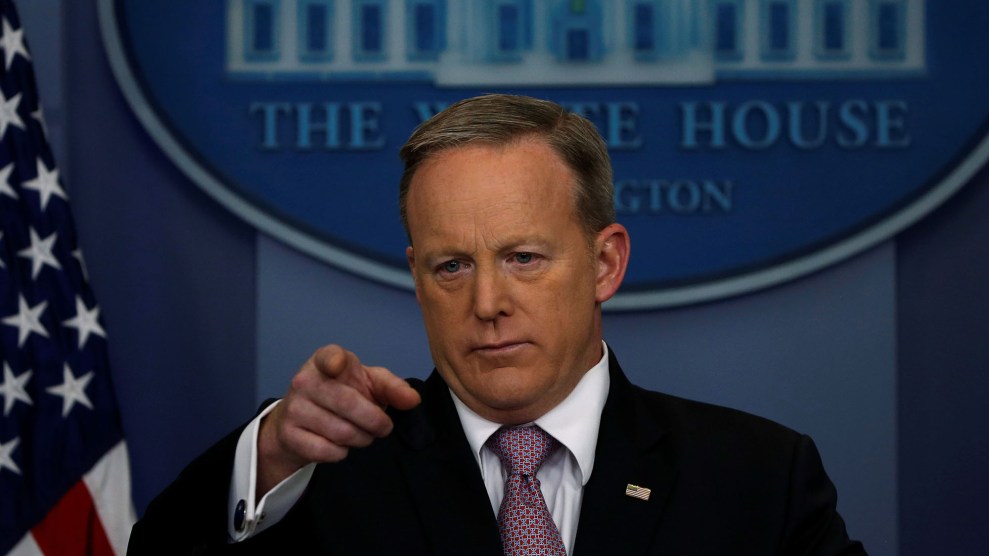 Republicans really don’t want Americans to pay attention to government office whose job it is to conduct an nonpartisan economic analysis of their new health care bill. The official scorekeeper anytime Congress wants to pass a new law is the Congressional Budget Office, but when the GOP House released their plan to repeal and replace Obamacare last week, they rushed it through committees before the CBO could offer an estimate of how much the legislation would cost and whether it would leave millions without insurance.

There have been a trickle of independent studies of the health bill over the past week that have come to rough conclusions. S&P Global estimated that between 6 and 10 million Americans would lose health insurance if the Republican plan passes, while the Brookings Institution speculated that the CBO’s report would conclude that 15 million would lose their coverage.

The CBO is expected to finally release its score early this week. And, given the way Republicans have described the agency in recent days, it sure seems like they’re expecting a negative report card for their bill. “If you’re looking to the CBO for accuracy, you’re looking in the wrong place,” White House Press Secretary Sean Spicer said last week. “They were way, way off last time in every aspect of how they scored and projected Obamacare.” He kept at it Monday, saying it “depends” in response to a reporter who asked if CBO projections are legitimate. Instead, Spicer suggested last week, reporters should look to the Office of Management and Budget in Trump’s White House for the best numbers on the impact of the bill.

Trump’s OMB director, Mick Mulvaney, seems all set to fill that role and downplay whatever estimates CBO puts out, bashing the congressional analysts during an appearance on ABC’s This Week on Sunday. “If the CBO was right about Obamacare to begin with, there’d be 8 million more people on Obamacare today than there actually are,” Mulvaney said. “So, I love the folks at the CBO, they work really hard. They do. Sometimes we ask them to do stuff that they’re not capable of doing.”

White House Chief Economic Adviser Gary Cohn was even more blunt when he went on Fox News over the weekend. “In the past,” he said, “the CBO score has really been meaningless.”

Republicans have been hammering the CBO for overestimating the number of people that would sign up for coverage under the Affordable Care Act’s marketplaces for individual insurance. But that’s only half the story. The CBO also underestimated the number of people who would sign up for Medicaid under Obamacare. As a result, the CBO’s overall projection of the number of people who would gain health insurance coverage as a result of Obamacare was roughly accurate. A 2015 study by the Commonwealth Fund looking back at the CBO’s original score for Obamacare concluded that “the CBO’s forecast was reasonably accurate.”

It’s not just the White House that’s working to discredit the CBO before the agency can release its assessment of the current Obamacare repeal plan. House Speaker Paul Ryan dismissed the CBO report as just a “pretty piece of paper” during an interview with conservative radio host Hugh Hewitt. “We always know you’re never going to win a coverage beauty contest when it’s free market versus government mandates,” Ryan said. “If the government says, ‘Thou shall buy our health insurance,’ the government estimates are going to say people will comply and it will happen.”

HHS Secretary Tom Price says he hasn’t read the CBO report but he already knows the numbers are “not believable.” https://t.co/Od01PbsWVr

Ryan, on the other hand, declared victory.