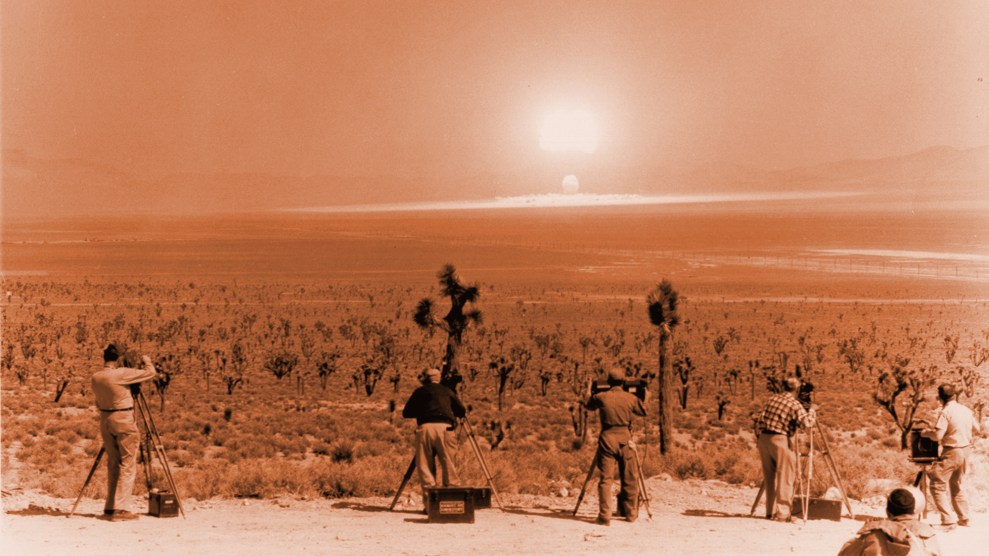 This week, the Lawrence Livermore National Laboratory released a batch of unclassified films of above-ground nuclear tests conducted by the United States between 1945 and 1962. So far, it’s posted more than 60 clips on YouTube. More are coming: The federal lab has scanned more than 4,000 of these aging high-speed films and declassified 750. The footage is mesmerizing and terrifying. National security may not have been the only reason they were kept secret.

The effort to locate, review, and preserve the films is not entirely archival. “The legacy that I’d like to leave behind is a set of benchmark data that can be used by future weapon physicists to make sure that our codes are correct so that the US remains prepared,” said Greg Spriggs, a weapon physicist at the Northern California lab who is overseeing the project. Though he added that he hopes atomic weapons will never be used again, his data probably will help refine our nuclear capabilities in preparation for the day when they might be used. The United States still spends more than $50 billion annually to maintain its nuclear arsenal and is producing a new generation of customizable bombs that are expected to cost more than $1 trillion.

President Donald Trump has said that he wants to expand the United States’ nuclear arsenal, breaking with decades of bipartisan policies aimed at reducing the global nuclear threat. He has also spoken fatalistically, if semi-coherently, about nuclear weapons. “For me, nuclear is just the power, the devastation is very important to me,” he said during a Republican debate in 2016. Shortly after Trump took office, the keepers of the Doomsday Clock set it at two minutes to midnight—right where it was put in 1952 after the development of the hydrogen bomb.

Even if you’re familiar with the frightening and beautiful images of nuclear explosions, these newly unearthed videos are a sobering reminder of the world-altering power we have spent decades perfecting—and have entrusted to a single person. Grab your Bhagavad Gita and take a look.