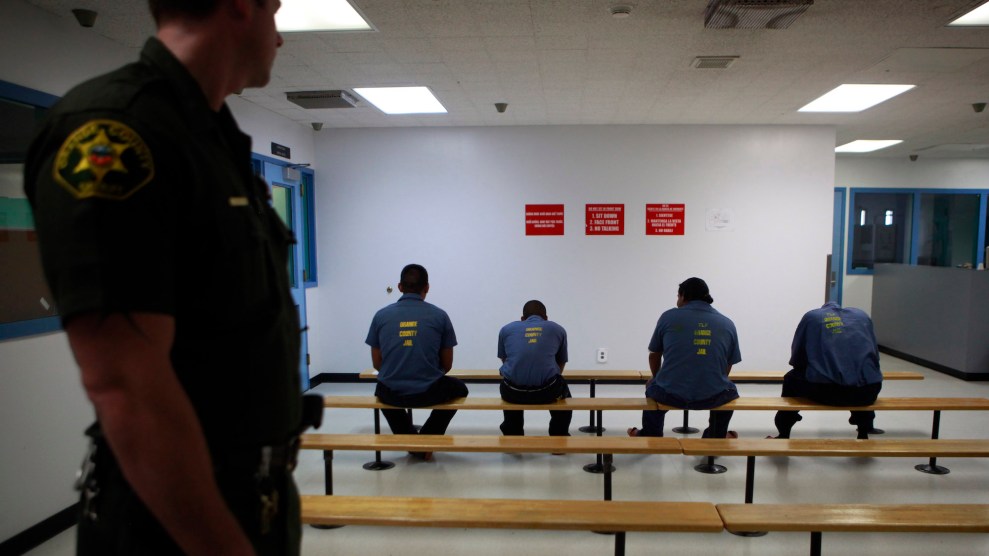 When federal inspectors stopped by the Theo Lacy Facility in Orange County, California, for a surprise check-in last November, they found spoiled meat and broken telephones, showers laced with mold, and immigrants held in solitary confinement for 24 hours a day. That’s according to a horrific report released Monday by the Department of Homeland Security’s Office of Inspector General, laying out serious health and safety risks for detained immigrants held in the facility.

The 3,442-bed jail holds convicted criminals, but its operator, the Orange County Sheriff’s Department, also has a contract with Immigration and Customs Enforcement (ICE) to incarcerate detained immigrants—around 478 people at the time of the inspection. The detainees, many of whom have never been convicted of a crime, are held while they await deportation or for a hearing to determine their legal status.

Here’s what the OIG watchdogs found:

This isn’t the first time people have complained of poor conditions at Theo Lacy. In 2012, the Detention Watch Network—an advocacy group that opposes immigration detention—released a report alleging that immigrants were subjected to physical and psychological abuse by staff, among other complaints. Immigration detainees in the facility have gone on hunger strike twice in the past two years to protest the poor conditions. But the OIG report is particularly noteworthy because it drops at a time when President Donald Trump has ordered ICE to expand its immigration detention capacity—putting more immigrants behind bars in local jails like Theo Lacy.

You can read the full OIG report, which also lays out ICE’s plans to fix conditions at the facility, here.