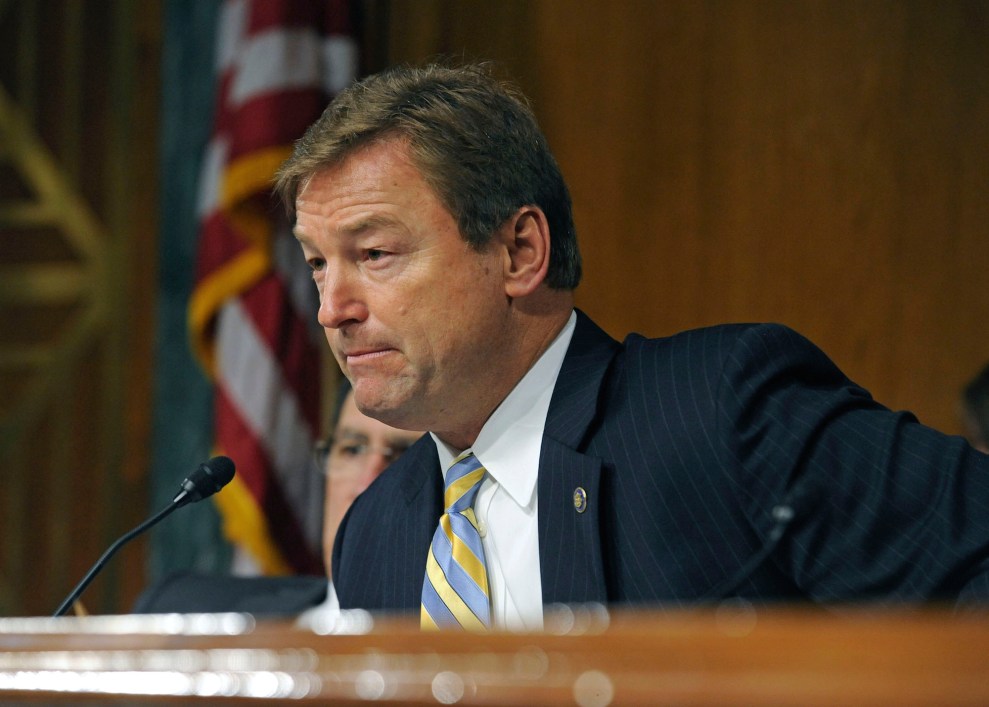 Update, 4/19: Amid the confusion over Heller’s conflicting remarks, a spokeswoman for the Nevada senator confirmed he is “opposed to providing federal funding to any organization that performs abortion and is supported by taxpayers’ dollars.”

During a raucous town hall meeting in Reno, Nevada, Monday, Sen. Dean Heller (R-Nev.) appeared to bow to pressure from angry constituents voicing their disapproval over his record supporting legislation that has targeted Planned Parenthood.

“I have no problems with federal funding for Planned Parenthood,” Heller said at a joint event with Rep. Mark Amodei (R-Nev.), adding that he would protect the women’s health organization.

But when pressed if he would commit to actively protect funding for the health care provider, the Nevada senator hesitated, asking, “At the federal level?” Heller then retreated, assuring voters he would “continue to look at this issue” and the question of whether federal funds should be allowed to cover all of Planned Parenthood’s “activities.”

Here’s the angry reaction @SenDeanHeller got today as he tried to talk around a question about Planned Parenthood (@PPact) funding. #NVSen pic.twitter.com/YOsbXqrKa1

Attendees also slammed Heller for his vote last month in favor of allowing states to withhold public Title X funds from health care groups that also perform abortions, even though no taxpayer money can be used to fund abortions. (President Donald Trump quietly signed the legislation in a private ceremony on Thursday, officially reversing the Obama rule to protect federal family planning funds.) In January, a spokesman for the senator said that Heller did not support any federal funding for the organization.

Heller’s vacillating position is probably more a function of the vulnerability of his Senate seat heading into the 2018 midterm elections than it is a change of heart concerning support for the nation’s largest women’s health care provider. After all, Nevada voters supported Hillary Clinton in the presidential election.

Heller wasn’t exactly looking forward to Monday’s event—a reasonable outlook given the flood of contentious town halls around the country featuring Republican lawmakers being confronted by angry constituents. Despite the expected boos, he forged ahead, telling a group of conservatives in audio that was leaked last week that the town hall was “one of those boxes you’ve got to check off” before the upcoming election season.

Unsatisfied with one of Heller’s responses on Monday, one woman told him, “I’m not just a box to check.”