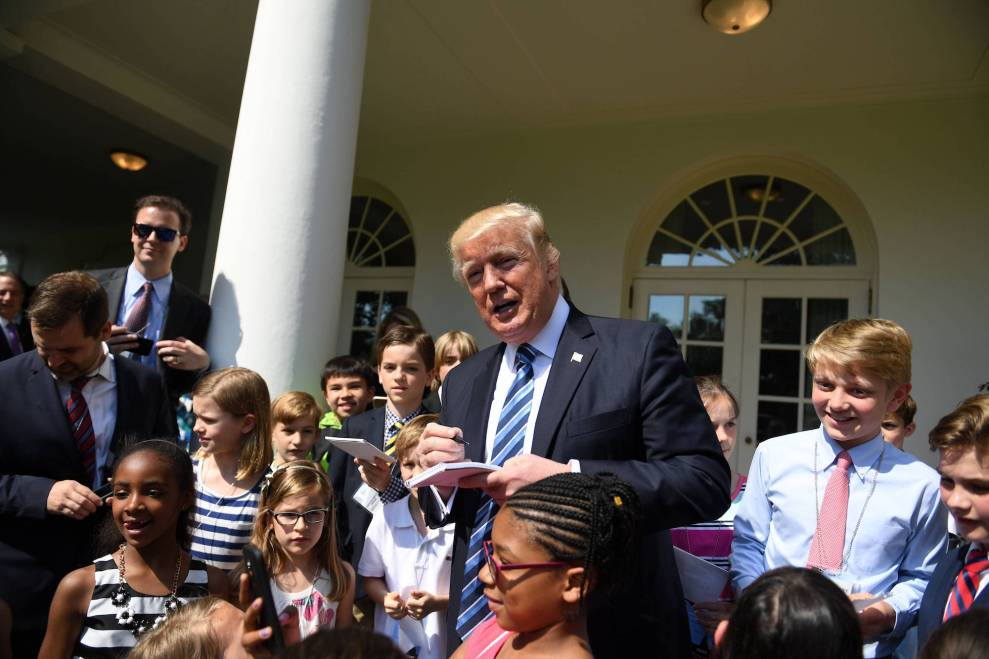 Two days before hitting the 100-day mark of his presidency, Donald Trump acknowledged that the role of leader of the free world is tougher than he anticipated, telling Reuters in a revealing interview that the presidency is “more work” than his previous job.

The melancholy reflection comes amid dismal approval ratings for his young presidency, along with a continued failure to repeal the Affordable Care Act and pass new health care legislation—something he repeatedly claimed on the campaign trail would be “so easy” to do.

In the interview, Trump also appeared increasingly isolated in the White House, where he described being in his “own little cocoon” due to constant Secret Service protection.

“You really can’t go anywhere,” he said, adding that he missed driving.

This isn’t the first time Trump has spoken about the challenges of being president. Amid the administration’s unsuccessful attempt to gather support for the American Health Care Act, the president admitted he had no idea passing health care legislation would be so difficult.

“Now I have to tell you, it’s an unbelievably complex subject,” he said. “Nobody knew that health care could be so complicated.”