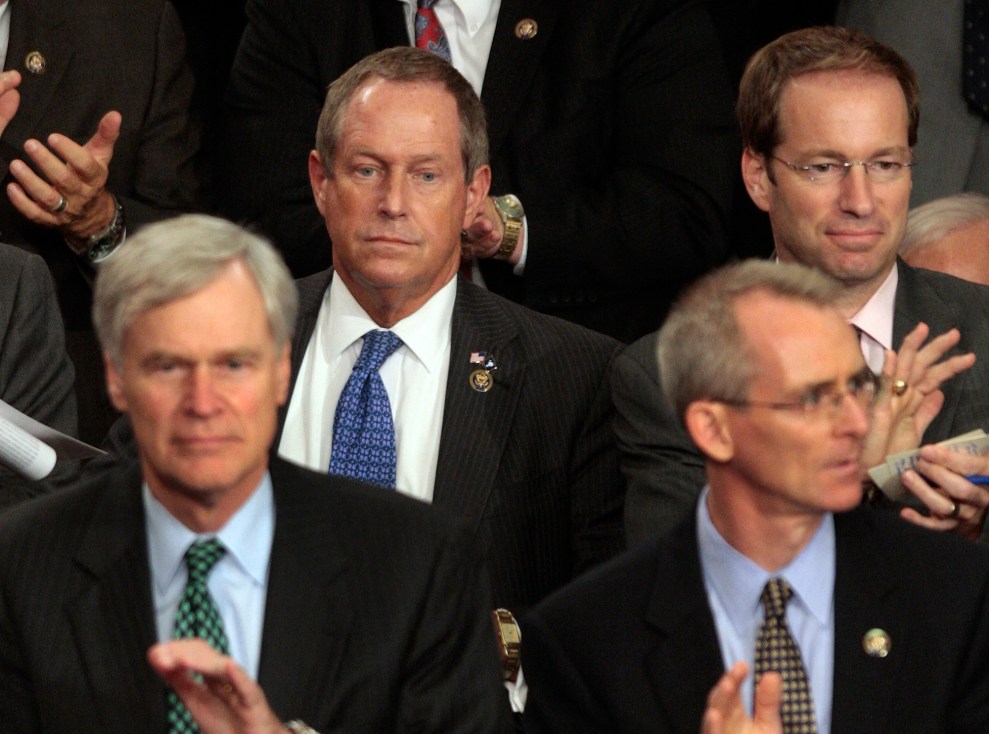 More than eight years after Rep. Joe Wilson (R-S.C.) memorably shouted “you lie” at then-President Barack Obama during a televised broadcast of his speech before a joint session of Congress, constituents in his home state are turning Wilson’s infamous outburst against him.

During a Monday town hall event in Graniteville, attendees shouted down the South Carolina congressman with loud jeers and “you lie” chants over his support for the Trump administration and efforts to repeal the Affordable Care Act. According to the Post and Courier, the most raucous exchange occurred when Wilson, who in 2013 voted against extending the Violence Against Women Act, told the crowd he had advocated to protect women against violence.

The event comes on the heels of similar events nationwide, where Republican elected officials have been met by angry protests in their home districts over concerns about various White House policies.

In 2009, Wilson was the subject of bipartisan condemnation after he interrupted Obama’s address to Congress by calling him a liar when the president said his proposed health care plan wouldn’t cover undocumented immigrants. The congressman was forced to apologize for violating congressional decorum with the heckling, but he benefited in the end: Shortly after the incident, an aide confirmed Wilson had raised more than $1 million in campaign contributions thanks to the outburst.

Democrats have frequently pointed to Wilson’s “you lie” remark as a defining example of the disrespect Republicans showed Obama during his two terms in office.