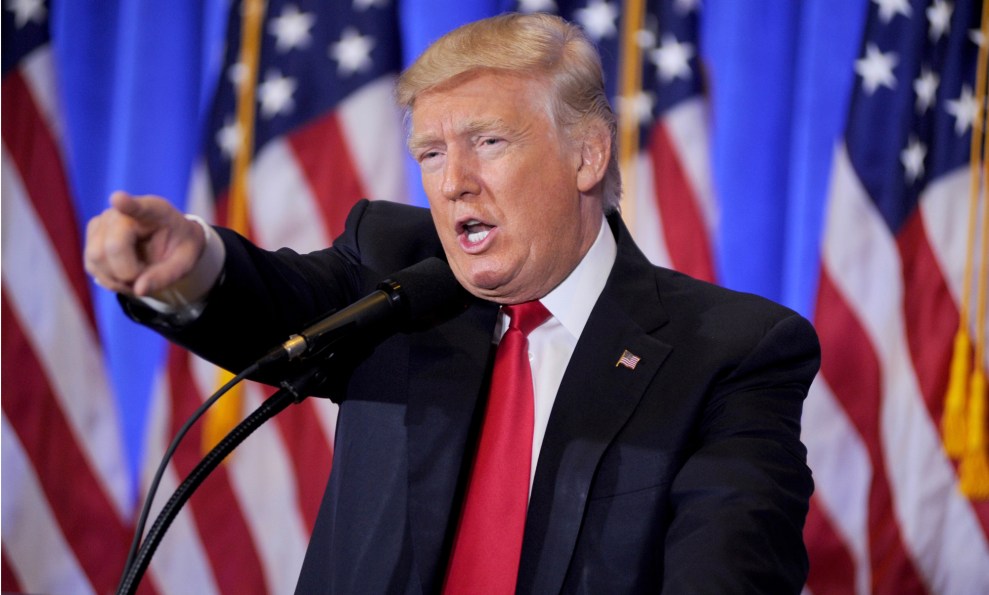 By now America mostly yawns when Donald Trump declares reporting from the New York Times, CNN, and other top media outlets to be phony. The president of the United States scornfully calling out “fake news” has essentially become normal. And that is exactly the point.

As a legion of pundits takes measure of how little Trump has accomplished during his first 100 days, the facts don’t lie about his quantifiable efforts to undermine the press. The Oval Office may require a bunch more work than Trump anticipated, but when it comes to weakening the immune system of our democracy he has given it the college try. To date, Trump has used one of his biggest presidential megaphones—his Twitter accounts—to attack the media no fewer than 45 times. His railing against “fake news” to his more than 45 million followers caught the most attention in mid-February, when he declared, “The FAKE NEWS media (failing @nytimes, @NBCNews, @ABC, @CBS, @CNN) is not my enemy, it is the enemy of the American People!”

Trump has used one of his biggest presidential megaphones—his Twitter accounts—to attack the media no fewer than 45 times.

That’s just the social-media sum of his authoritarian invective on this front. Trump has also used press conferences and campaign-style rallies to go on the offensive against journalists whose critical coverage he didn’t like, as he often did on the road to the White House. He has made ominous threats about cracking down on press freedom, in particular singling out the New York Times when he suggested changing libel laws. His burn-it-all-down chief strategist Steve Bannon famously labeled the media “the opposition party” and demanded it “keep its mouth shut.” And, as the White House has worked vigorously to distract from a widening Russia investigation that could hobble or perhaps even bring down Trump’s presidency, Trump and his allies have focused on going after leakers to the press.

Recently, Politico‘s Ben Schreckinger and Hadas Gold made the case that Trump’s war on “fake news” is itself fake. The current occupants of the White House know they can’t in reality control the media, and moreover they’ve engaged in prodigious infighting through their own rash of leaks. (The Politico piece also informed us that White House officials have been lying to reporters for sport.)

But over the long term, Trump’s war on the media could have real consequences. Public confidence in the press flatlined last year. Add to that a White House repeating week after week that the most accomplished media institutions in our country are phony—while at the same time embracing actual purveyors of fake news—and the danger requires no fact-checking to be evident. 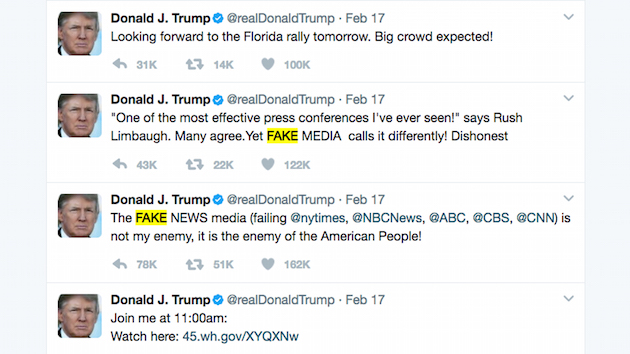 The good news is that many in the Fourth Estate have been rising to the challenge. Not too long ago, it was about as interesting and informative to tune into CNN as it was to watch a home shopping channel. But even though the cable network has shamelessly used duplicitous Trump surrogates to juice conflict (i.e. ratings) for its commentary shows, CNN reporters and anchors have come alive in the face of Trump, especially Jim Sciutto, Dana Bash, Jim Acosta, Jake Tapper, and Brian Stelter. The New York Times‘ tough-minded Maggie Haberman has provided a stellar window into how the neophyte president operates. The Washington Post‘s David Farenholdt won a much deserved Pulitzer Prize for his investigations exposing Trump’s bogus philanthropy (notwithstanding Donald Trump Jr.’s own risible pick for the prize). And I’d be remiss if I didn’t mention Mother Jones‘ own leading investigative work on the Russia scandal and Trump’s unprecedented financial conflicts of interest.

As Trump’s attacks against the press go on, and they will, the American news media should take nothing for granted. But journalists can also keep the faith given what history has shown about this battle. “Four hostile newspapers,” as Napoleon once said, “are more to be feared than a thousand bayonets.”