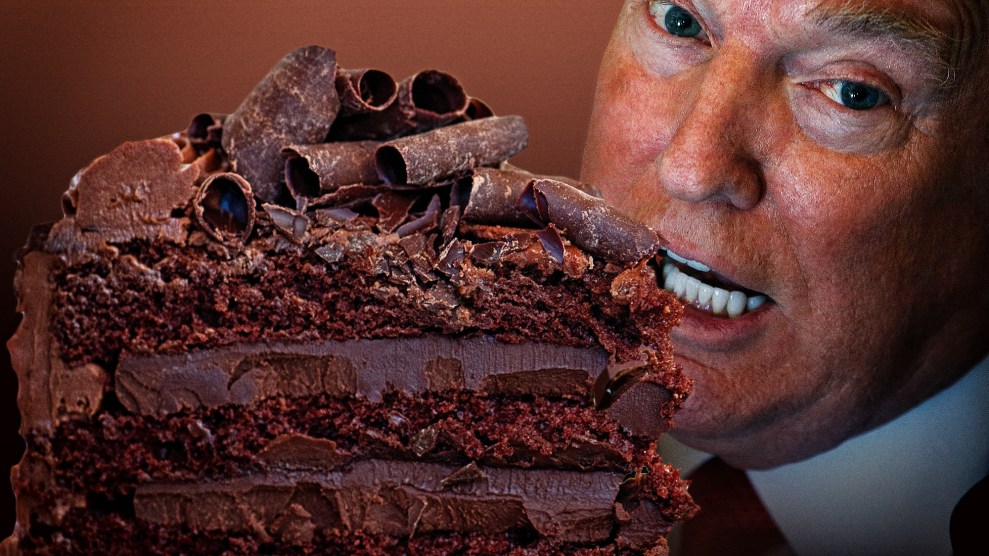 Recounting details about his decision to launch missile strikes on a Syrian air base last week, President Donald Trump took several moments during a Fox Business interview that aired Wednesday morning to enthuse about the “most beautiful” chocolate cake he enjoyed at his Palm Beach resort with Chinese President Xi Jinping. Trump was entertaining the Chinese leader at Mar-a-Lago when he ordered the military strike.

“I was sitting at the table, we had finished dinner,” Trump told Fox Business host Maria Bartiromo. “We’re now having dessert—and we had the most beautiful piece of chocolate cake that you’ve ever seen—and President Xi was enjoying it.”

Bartiromo then said it was “brilliant” that the missiles were “unmanned.”

Then Trump appeared to momentarily forget which country the United States had attacked last week, naming Iraq instead of Syria.

“So what happens is I said, ‘We’ve just launched 59 missiles heading to Iraq, and I wanted you to know this,'” Trump said in the interview. “And he was eating his cake. And he was silent.”

“Yes, heading toward Syria,” Trump said. He followed up by mentioning Xi finished his dessert.

Trump remembers details of cake he was eating while launching missiles, but not which country he was attacking. pic.twitter.com/TYfqXXDeCZ