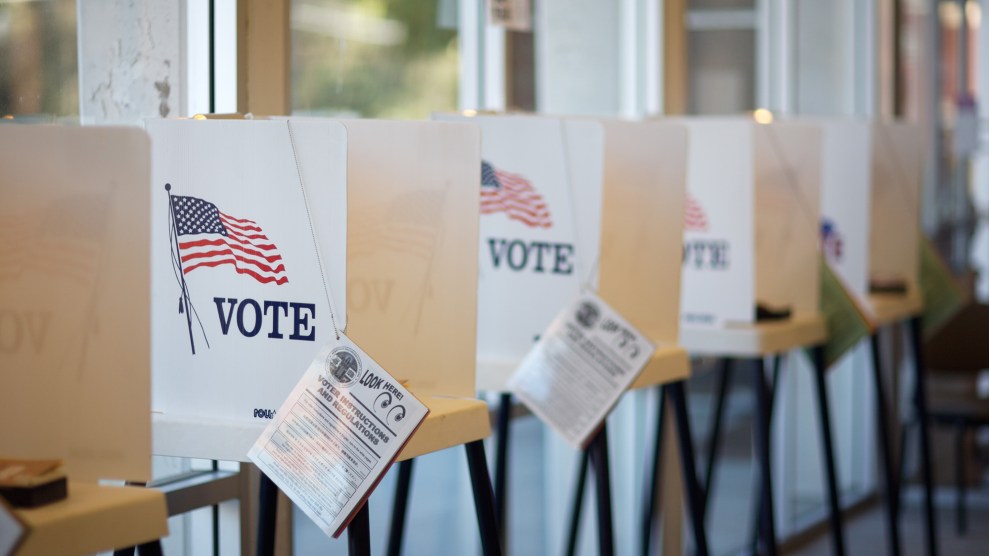 Alabama Gov. Kay Ivey signed a law on Wednesday that could restore voting rights to thousands of felons, many of them African American, in a state where about 250,000 people are disenfranchised because of their criminal records.

The change is all about finally defining a key legal phrase in the state’s constitution: “moral turpitude.” Currently, Alabama blocks anyone from voting who has committed a crime that falls into this category. But the phrase “moral turpitude” was not defined when the state constitution was adopted in 1901—and this very vagueness, critics say, has been used by state officials to selectively prevent black people from voting.

Over the years, lawmakers never came up with a list of crimes that applied, leaving discretion to unelected county voter registrars, with widely different interpretations. As NPR put it, felons “in each of Alabama’s 67 counties might get 67 different answers to whether their crime was one of moral turpitude.”

In 2005, the state’s attorney general tried to clarify that moral turpitude included acts of “baseness, vileness or depravity in the private and social duties which a man owes to his fellow men or to society in general.” The attorney general and the state’s court administration each came up with conflicting lists of crimes—one included hundreds of offenses, the other just 70—leading to confusion and inconsistency.

The Definition of Moral Turpitude Act was passed by state lawmakers last week and signed by the governor, a Republican, on Wednesday afternoon, according to a spokeswoman from the governor’s office. The law creates a list of fewer than 50 crimes of moral turpitude, including murder, kidnapping, and sexual abuse—though notably, white-collar crimes such as public corruption are left off the list.

It is still unclear how many felons will be affected by the new measure—the Southern Poverty Law Center estimates it could be thousands, many of them African American, though Alabama Secretary of State John Merrill has suggested that fewer will be affected. In any case, by eliminating the gray area in the law, registrars in charge of the state’s voter rolls will now have clearer guidance while registering voters.

Fifteen percent of black residents in the state have been kept away from the polls because of their criminal records, according to the Campaign Legal Center, which filed a lawsuit last year arguing the state’s moral turpitude rule was discriminatory. “Felony disenfranchisement laws have the undeniable effect of diminishing the political power of minority communities,” said Danielle Lang, an attorney for the center. Indeed, at the time of the state’s constitutional convention, the president of the convention said the rule was intended to “establish white supremacy” in the state.

The governor did not make any public comments about the new law upon signing it.

Nationally, about 6 million people with felony records were not able to vote in the 2016 election, according to the Sentencing Project, a criminal justice research organization. More than 7 percent of the adult African American population couldn’t vote, compared with 1.8 percent of other Americans.

Alabama is one of 12 states that permanently disenfranchises some or all people who have ever been convicted of felonies. “We commend Governor Ivey and the Alabama State Legislature for recognizing that Alabama law left the voting rights of too many citizens—especially Black citizens—hanging in the balance because of a legal ambiguity,” the NCAAP Legal Defense and Educational Fund wrote of the Definition of Moral Turpitude Act. The group said there was more work to do, calling on the state to also repeal its voter ID law.

Still, it said, “This is a significant day for voting rights in Alabama.”